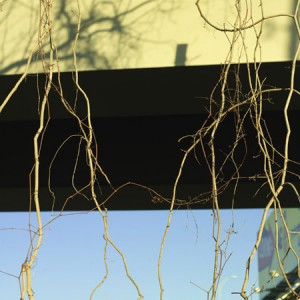 Noted Houston photographer Casey Williams died peacefully on January 1, after weeks in a coma brought on by complications from West Nile virus.

Known for his “found abstractions”, taken on the Houston ship channel, until new Homeland Security rules curtailed his actiivties there in 2008, Williams persistent preoccupation with nuances of light and color led him to  select his works from hundreds of shots.

An exhibition of Williams’ latest photographs, titled Within, remains on display at Holly Johnson Gallery in Dallas until February 16.

A memorial service for Casey Williams is set for Tuesday, January 8 at 4p.m. at the Rothko Chapel in Houston.

He was a nice man. Sad news, indeed.

We were fortunate to know Casey for he was a wonderful person and artist. A sad day for our community. We extend our deepest condolences to JoAnn and family. Take care, Benito and Janet.

I’m so sad about the passing of Casey Williams. Our families have been friends for a long time. He will be missed. I’m thinking about you guys, Jo Ann, Margot, and Carson.

I so sad to hear this. I took my first photography class from Casey at Rice and learned so much. He was such a nice, patient man. My thoughts are with JoAnn.

Love to JoAnn, Margot, Carson and kitties.
Our hearts go out to all who know this family. They are among our kindest friends. Casey will soar in the cathedrals of art and among all of us who hold him dear.

Sad news. Love from Julia and me to JoAnn.

Casey has been my friend for over forty years, and there is no one kinder, gentler, more generous and good. Those of us lucky enough to know him will continue to benefit from the memory of his beautiful life. And his work will continue to inspire those who know what the art of photography can be.

Casey will certainly be missed. His kindness and warm nature was always pleasant to be around. JoAnn and family, know that you are in my thoughts at this time

Sad, so sorry to hear it. Sincere condolences to the family.

Casey was an inspiring photographer.. Seeing things from a painterly perspective…Very inspiring for me..as his work was the first to show me this angle with the camera in the later 70’s ….JO Anne, Carson, Margot et al have been such a loving heartfelt family….I know this is such a great loss to you all as it is for us in the community. NAMASTE

A gentle and kind soul with a deep heart of an artist.

My sister and I were neighbors of Casey, Jo Anne, and Margot in Denton on Normal St. As a matter of fact, I was googleing Casey as one of my son’s friends just began her masters in photography at UNT and I was going through my mind remembering who I knew in that area back in the day. Here I find this sad news. What a wonderful family! We shared a black and white tuxedo cat who was king of the neighborhood.
Fond memories. Many prayers for them!

my heart aches for JoAnn, Margot and Carson. Casey was such a dear friend for over 40 years. I am so lucky to have all those wonderful memories of him. He will never be forgotten and his art work will live on.
Love you, JoAnn
Sarah

After you lose someone, you always wish you would have had another chance or two or three or four to spend quality time together. I wish I had with Uncle Casey. He was a great man. Love you Aunt Jo, Margot and Carson!

Casey arrived into my life via my sister JoAnn 25 years ago. I found him to be a very kind and gentle man. I loved Casey and I will miss his fun little laugh and his quesitive and smiling eyes. Always looking for the next inspiration . My love to JoAnn ..Margot …Carson.

Casey and I were classmates in grad school at the SF Art Institute in the mid 1970s. He and JoAnn were inspirational. Casey generously invited me to teach a summer course in Denton, TX a year later, and for someone coming from Montreal, that was quite the exotic experience. That experience led me to continue in the university system which has since turned into a 40 year academic career. I was glad to reciprocate in a small way by having Casey give a keynote lecture at UCSB a few years ago. Students and faculty would ask me numerous times about his work, its aesthetic quality and they appreciated his presentation style. I am proud to have one of Casey’s ship/harbor photographs hanging in my house. I miss him.