Last month, three contemporary art galleries in San Antonio were burglarized, with a total of $78,000 worth of artwork reported stolen. 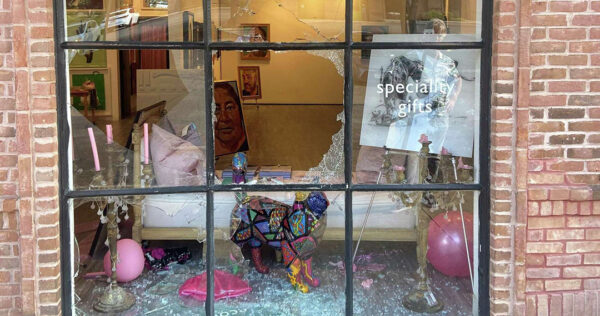 Two of the affected galleries, Felder Gallery, located in Midtown, and AnArte Gallery, located just north of Alamo Heights, were hit on May 6. Both galleries were then struck a second time, on May 11 and May 16, respectively. Art Gallery Prudencia, next door to Felder, was burglarized on May 21.

During the initial break-in at AnArte, nothing was stolen. However, in an Instagram post on May 17 following the second break-in, the gallery reported that two paintings by Lionel Sosa had been taken. In that same social media post, the gallery shared images and surveillance video of the attack.

Felder had artworks stolen during both attacks, including works by Miles Glynn, Rick Kroninger, and a third unidentified artist. In an Instagram post on May 23, Prudencia reported that two paintings by Pam Slocum had been stolen.

Video footage from AnArte and Felder seem to point to the same assailant in a black truck. Prudencia has stated that they assume their break-in is connected, though they do not have footage to confirm this theory. The San Antonio Police Department is investigating the break-ins at all three galleries.

In an article by the San Antonio Express News, Robby Felder stated that his gallery will remain closed until it is safe.