Talking Back: Portraits Unmasked (and the Stories Behind The Faces) 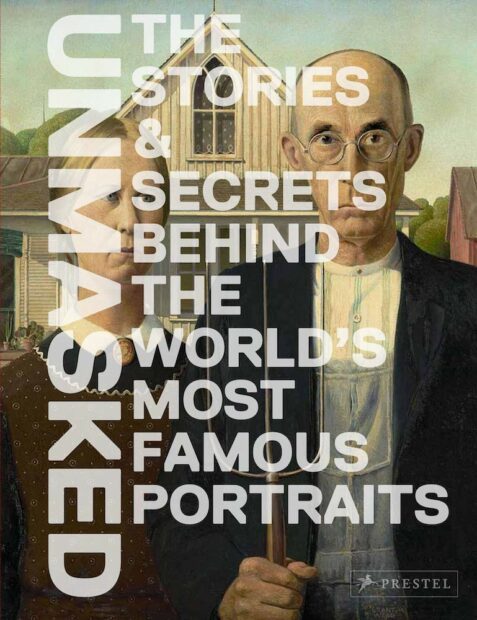 The story of Pygmalion echoes across millennia in Western art. Pygmalion, the ancient myth goes, was a sculptor who fell in love with an ivory statue that he carved, and Aphrodite turned the statue into a real women whom Pygmalion promptly married. Certainly the relationship between people and people-like automata holds enduring fascination, as the story of Pygmalion is basically told and retold in contemporary popular culture from My Fair Lady to Pinocchio to Battlestar Galactica.

But there’s another layer to the Pygmalion story that extends beyond its basic trope. The myth privileges the point of view of the sculptor over that of the statue-turned-woman. To challenge the Pygmalion perspective would mean digging into the statue’s own story. And it’s this intriguing change in portraiture’s perspective — to accede portrait’s space and narrative to those who posed for it — that Francesca Bonazzoli and Michele Robecchi explore in their fascinating new book, Portraits Unmasked: The Stories Behind the Faces.

This is a book about the hidden, captivating, complex lives of portrait sitters and how history has — or has not — remembered them. It’s easy to admire classic portraits for their lines, colors, or even social commentary. But it’s hard to put a name to many of those famous painted figures. In Portraits Unmasked, Bonazzoli and Robecchi change that. “Many people have seen Titian’s Danaë, yet few know that this stunning nude was actually a portrait of Angela Pisana, the favourite courtesan of Cardinal Alessandro Farnese,” the authors offer in their introduction. “Or that Valázquez’s Venus was the young Roman painter Flaminia Triunfi, who gave the married Spanish painter his only male heir.” 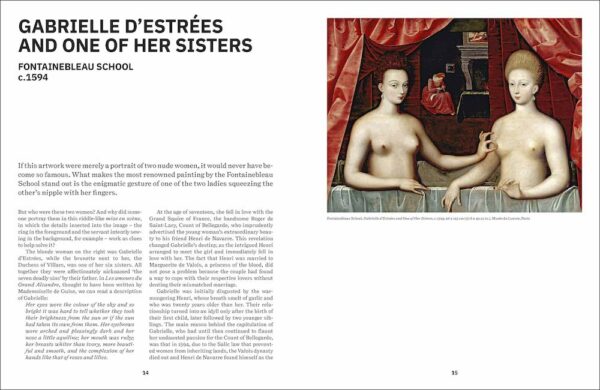 But Portraits Unmasked offers more than just saucy historical scandal. It is a carefully nuanced treatment of both the relationship between artist and sitter as well as how a portrait’s media affects how audiences view it today. From the Fontainebleau School’s Gabrielle d’Estrées and One of Her Sisters (ca. 1594) to Gian Bernini’s marble Bust of Constanza Bonarelli (1636) to Kerry Marshall’s ink-jet prints Heirlooms and Accessories triptych (2002) to Zhang Huan’s ash on linen Yuan Skikai (2007), the now-unmasked portraits offer an engagingly recounted background to each work. As a material artifact, each portrait has a story or life history, of course, but through Portraits Unmasked, audiences come to see each portrait as a person, with their own complicated narrative. 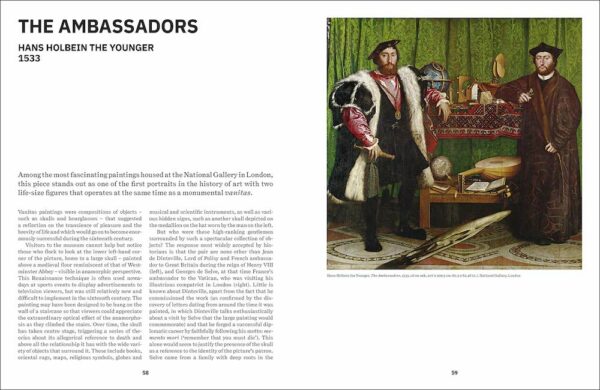 Rather than a strict chronological treatment of Western portraiture, Bonazzoli and Robecchi outline eight themes that cross-cut media, history, and tradition. Each theme offers readers their fair share of “How did I not know that?!” stories (many scintillating, all significant) in addition to meticulous, empathetic, historical context that helps audiences see the person as more than painted prop. 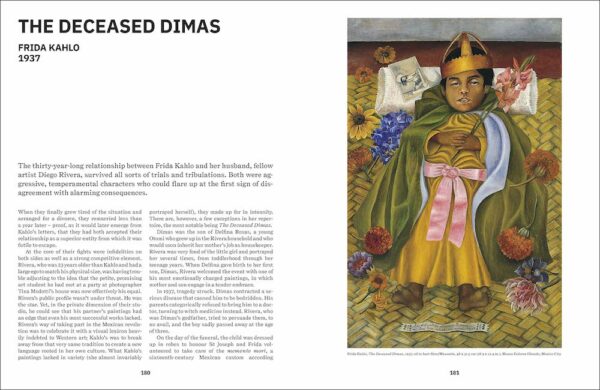 In the section themed “Love Will Tear Us Apart,” the authors recount the story of Leonardo da Vinci’s Lady with an Ermine (1489-90.) “It all began when the Italian city’s arrogant ruler, Ludovico ‘Il Moro’ Sforza, believed he could live under the same roof as both his wife and his lover,” Bonazzoli and Robecchi explain. Sforza managed to make the double liaison work for more than a year and a half until “he presented both women with the same gown.”  The “Lady” in Lady with an Ermine was Sforza’s mistress, Cecilia Gallerani. El Greco’s Cardinal Fernando Niño de Guevara (1600) is a perfect example of their theme “Behind the Curtains of Power.” The cardinal’s curled, clawed left hand is inspired by Titian’s earlier — unfinished — portrait Pope Paul III and His Grandsons (1546), where the pope’s left hand is also tensed into a fist. 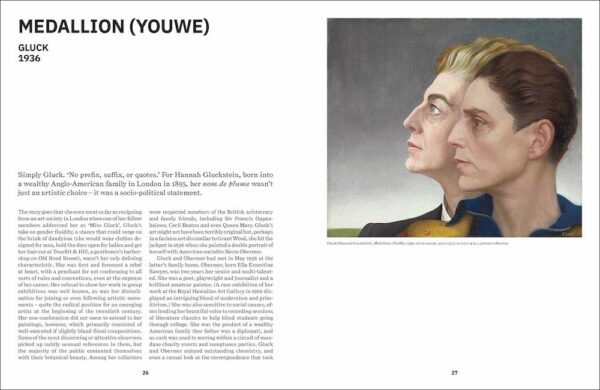 Some of the featured pieces are iconic works (American Gothic); some are not. Some of the artists help form Western art history’s privileged cannon of male artists (Rembrandt, Raphael, Rockwell); some do not. “Dangerous Liaisons,” “Family Affairs,” “Living On the Fringes” — every theme in the book is its own curated collection of portraits and portrait stories. 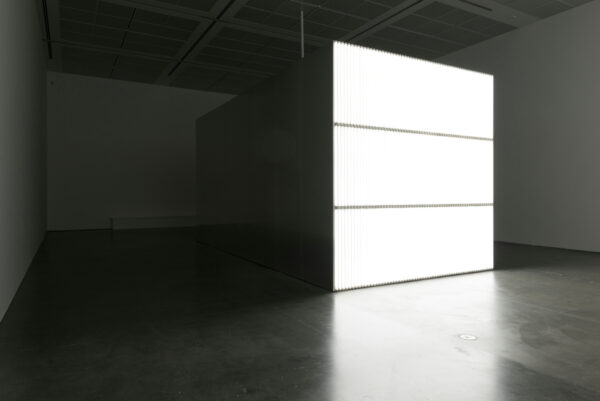 Perhaps the most poignant piece that Bonazzoli and Robecchi include is Chilean artist Alfredo Jaar’s The Sound of Silence (2006), an installation of wood, aluminum, florescent lights, and video projection. This is not a traditional sort of portrait. “The inclusion of this piece … is admittedly an anomaly,” the authors acknowledge, “but it shows how a genre with such a long history and well-defined set of characteristics can still be subject to revisions, evolutions and involutions to the point of disappearing without failing to deliver on its original premises.”

The “portrait” is essentially a dark, silent room that is occasionally illuminated by the projection of “dry sentences and a powerful image depicting a key episode in the famine that struck Sudan in 1993.” This is Jaar’s tribute portrait of photographer Kevin Carter, whose work highlighted the dramatic socio-political events that engulfed South Africa from 1990-1994, during the country’s complex transition from apartheid to democracy. The image that Jaar uses as part of Carter’s portrait is The Vulture and the Little Girl, that Carter shot while in Sudan, covering the famine in 1993.

When it was first published, the image generated a huge amount of controversy about ethics in photojournalism and the developed countries’ voyeuristic fascination with poverty. Carter won the Pulitzer Prize for journalism in 1994; in June of that year, he took his own life. “His short life remains a symbolic moment of humanity celebrated in the silent installation dedicated to him by Jaar,” the authors conclude, “a portrait in words.” 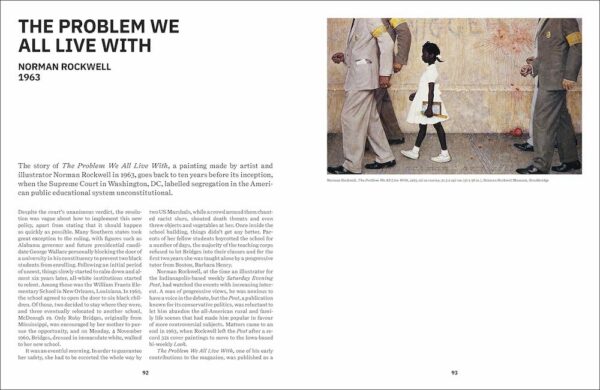 We live in a society of portraits — what cultural historian and philosopher Thomas Macho terms a “facial society.” Perhaps it’s time that those featured in portraits dare to do what Pygmalion’s statue could not. They can talk back, if we are willing to listen.