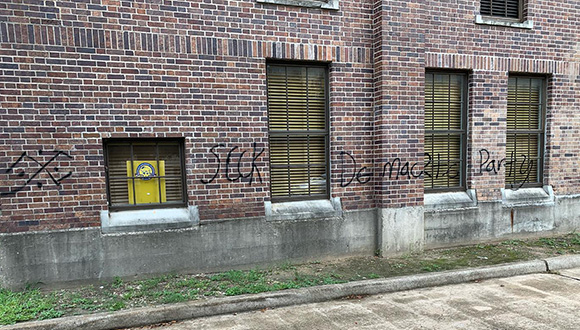 The Buffalo Soldiers National Museum at 3816 Caroline Street in Houston has been vandalized. A post on the museum’s website yesterday detailed the vandalism. “Today, on National Buffalo Soldier Day — a day we celebrate the contributions of African American men who fought, bled, and died for this nation, we experienced racism, hate, and vandalism,” the post states.  “This has got to stop, the anti-racism movement must be more powerful than ever to ensure that mankind can survive mentally, physically, spiritually and socially. We are not discouraged, we are not broken but we are wide awake. We are ready for some GOOD TROUBLE in the words of Rep John Lewis,” writes museum CEO Desmond Bertrand-Pitts. 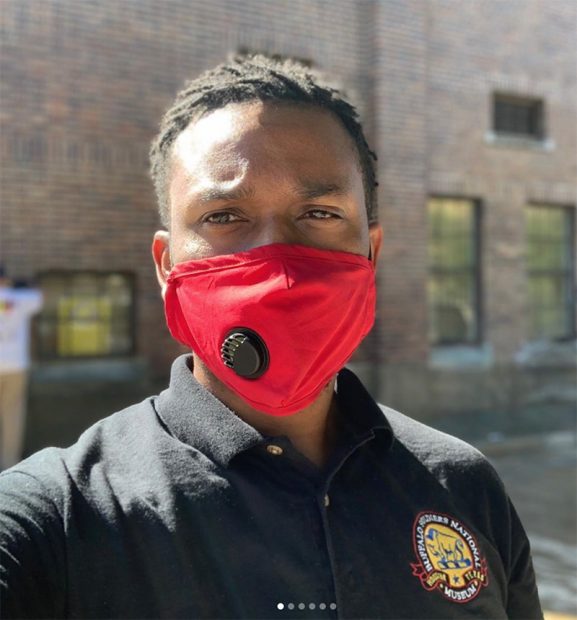 A visibly shaken Bertrand-Pitts shared video of neighbors and well-wishers mobilizing to remove the spray-painted vandalism that included a symbol that was a cross between a Nazi swastika and a Hindu holy symbol. However, with the symbol preceding a scrawled phrase on a building that’s dedicated to celebrating Black American soldiers, it is more closely associated with the former.

Bertrand-Pitts recounted how the museum was inundated with calls and emails from people wanting to help with the clean-up, and how they had already begun before he even arrived to survey the damage. “It’s just a testament to the Houston community, how much we value each other. The city is so diverse, so this is one of the things that you would never think would happen to you. But it did, and it just gives us more incentive and motivation to push forward.” 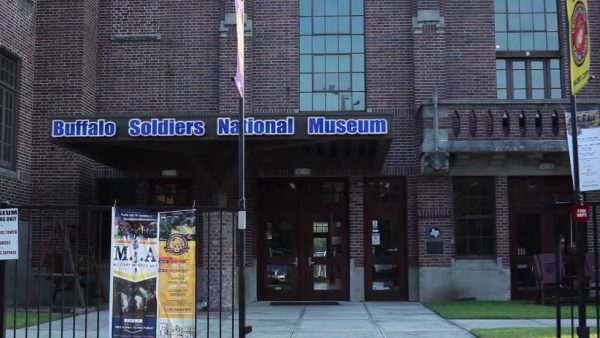 For more on the Buffalo Soldiers National Museum, please visit its website here.

The Center for African American Military History (CAAMH), inc., dba Buffalo Soldiers National Museum (BSNM), is dedicated to exploring and displaying the stories and contributions of African Americans in the military by way of performing and visual arts, educational programming. and exhibitions. The purpose of the Buffalo Soldiers National Museum (BSNM) is to educate, preserve, promote, and perpetuate the history, tradition, and outstanding contributions of the Buffalo Soldier towards the development and defense of America from The Revolutionary War to the present.