Brandon Zech and Christopher Blay on a novel way to show photographs, a novel way to depict women, and two solo museum shows opening this weekend in Beaumont.

“This is a continuation of AMSET doing solo exhibitions for really deserving Texas-based artists.” 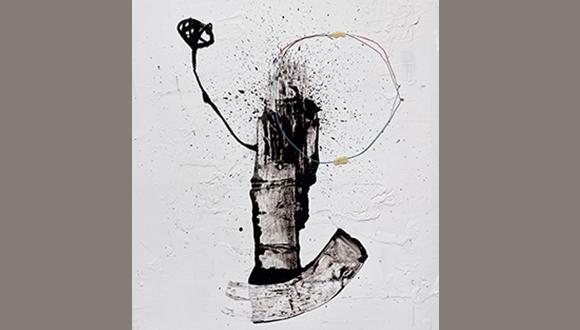 “DAVID MCGEE: Black Paintings is an exhibition where the ongoing Urban Dread series serves as a visual and symbolic focal point to reconsider paintings spanning twenty six years of the artist’s career.” 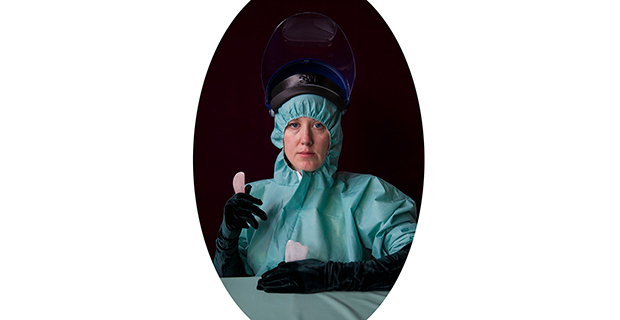 “EMILY PEACOCK: Pure Comedy transforms the artist’s personal journeys through loss, motherhood, and family tragedy into photographs, film, and sculpture depicting objects and images that exist in a space between the familiar and the absurd.” 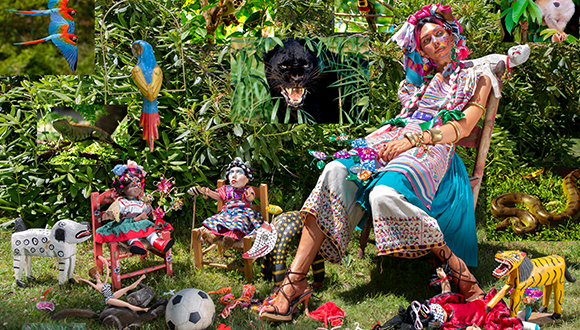 “Martine Gutierrez’s photographs and videos explore gender, race, class, and sexuality, as well as conventional ideals of beauty and identity as a social construct. Her most ambitious project to date, Indigenous Woman, 2018, is a glossy, 146-page publication that closely mirrors Andy Warhol’s Interview magazine in form and production. Here, Gutierrez assumes the role of editor, writer, model, designer, ad executive, and photographer, with fictional advertising and high-fashion spreads where the artist continually reinvents herself throughout its pages.” 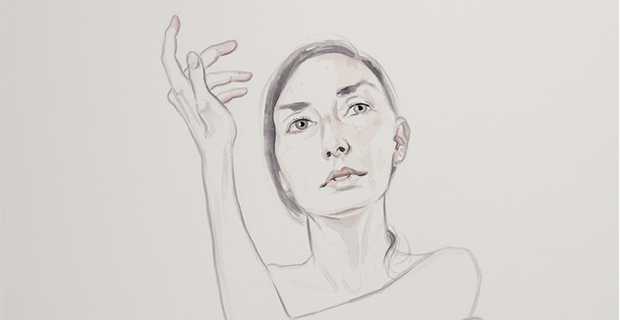 “This show celebrates the work of Fontenot while welcoming him back to San Antonio as the newest curatorial resident at Casa Chuck @ SALA DIAZ. Fontenot last exhibited in San Antonio in the Fall of 2017 as part of his residency at ARTPACE. From 2011-2016, he was Director and Chief Curator at CentralTrak, an International artists’ residency through the University of Texas in Dallas, Texas. Most recently, he was a Tulsa Artist Fellow. Fontenot has created an extensive body of work as a figurative draftsman. He describes his practice of rendering portraits as a meditation and an exercise in intimate connectivity.” 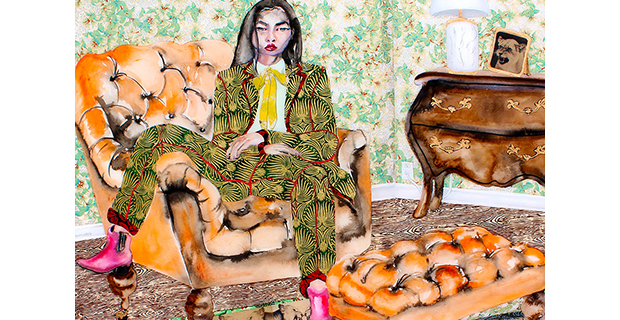 “Lisa Krannichfeld was born and raised in Little Rock, Arkansas in an interesting cultural mix of a Chinese family living in the American South. Her experiences growing up in these two intermixing cultures and their traditions have greatly influenced her work, which primarily focuses on the woman as its subject. Her expressive portraits refute the traditional portrayal of women being passive subjects to gaze upon, evident in their confrontational, and at times defiant expressions.” 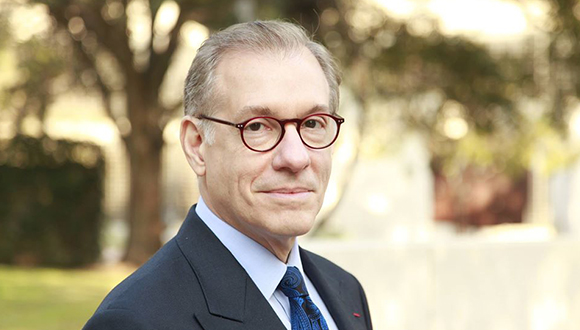 “Michael Govan joins Gary Tinterow, Director, The Margaret Alkek Williams Chair, the Museum of Fine Arts, Houston, for a conversation about installation plans for LACMA’s new building, and projects and initiatives related to the L.A. campus transformation. Michael Govan has served as the CEO and Wallis Annenberg Director of LACMA since 2006, where he has overseen the transformation of the museum’s 20-acre campus. LACMA is currently in the process of building a new permanent collection building designed by Peter Zumthor.”

Who made the piece that you’re standing in front of in the video?