‘It’s Chaos, Be Kind’: A Stone Monument to the Present 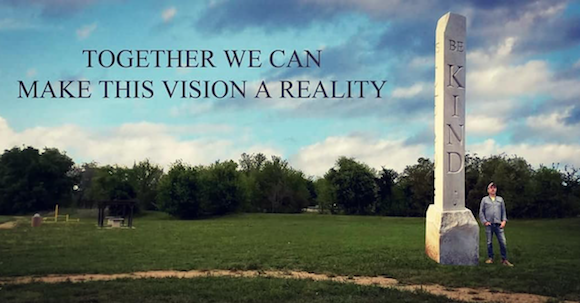 There’s currently a campaign to fund and create in Florence, Texas a 20-foot tall limestone monument “…inscribed with the wise words of Michelle McNamara, author and late wife of comedian Patton Oswalt.” It’s Chaos, Be Kind is a project by Matthew Johnson, an Austin-based stone carver, and if the funding goal is reached, the Florence City Council has unanimously agreed to have the monument installed in Florence’s Community Park by the end of this year.

Michelle McNamara died in 2016 at age 46, before the publication of her lauded recent non-fiction book I’ll Be Gone in the Dark: One Woman’s Obsessive Search for the Golden State Killer, which is about exactly what the title describes. The long-cold case of a prolific California-base serial killer was solved just a few weeks ago by investigators, and many people credit the publication and popularity of McNamara’s book with the renewed push by authorities to track down the killer.

Matthew Johnson, being both a fan of Oswalt and concerned about our current political climate, would like to create a (non-divisive) monument inscribed with the words “It’s Chaos, Be Kind,” which was a phrase Oswalt mentioned in one of his stand-up sets when describing his wife’s guiding disposition. Via the project’s Kickstarter: “Straightforward and direct, yet layered with meaning—this phrase precisely captures and is a perfect homage to the moment we find ourselves in.”

Johnson, a professional carver, is the owner of Bartlett Stone Carving in Austin. “For Matthew, building a monument deep in the heart of Central Texas to comment on our chaotic times with a message about the importance of kindness and compassion, is both timely and timeless, and something he hopes will make a powerful statement to this and future generations.” 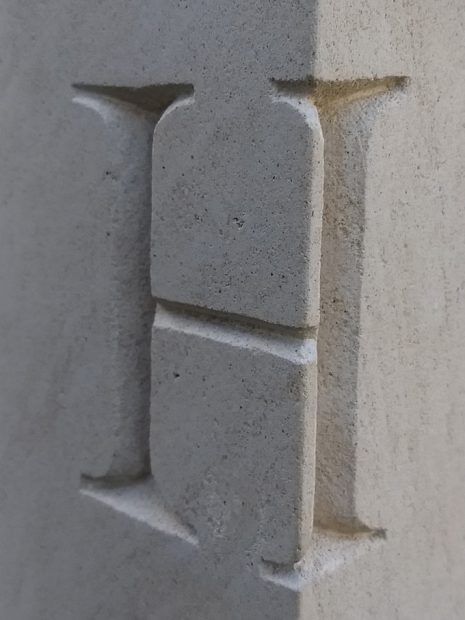 Look — words are important. Art is important. I took the time to pour through Mr. Johnson’s Kickstarter page. This project has true merit. I donated and I hope that a few folks out there do as well. I can think of nothing more impactful than being surprised by a message of unity in a small Texas town. I grew up in Texas (Alice) and then moved to Boston for a while and now I’m back in Texas (Fort Worth). People from other parts of America assume so much about our culture here in Texas that is just not representative of our diversity of thought. This project is unifying, inspiring and representative of the true “Texan” — an independent thinker who makes decisions based on personal values rather than the sound and fury of political combat. Bravo on this project. Can’t wait to see you all at the dedication party. Skip a dinner out and give that money to this project …

we really need this monument in Austin, hey maybe we can have that god awful SRV statue taken down and get this put in its place? that would be rad