Texas Contemporary Art Fair Will Not Be Held This Fall 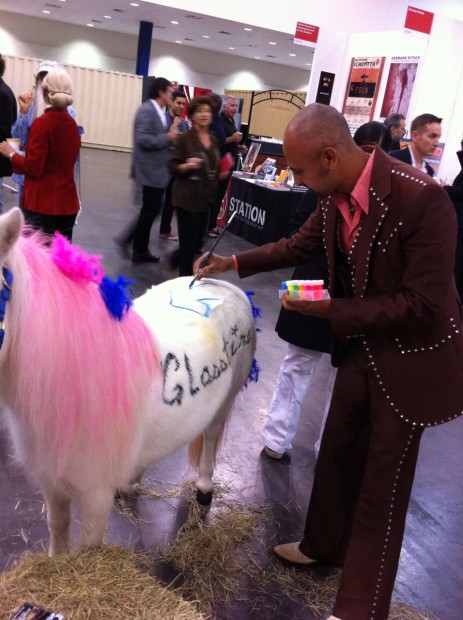 Houston artist Gonzo247 paints Sugar the Pony at the Glasstire booth at the inaugural Texas Contemporary Art Fair in 2011.

We learned today that the Texas Contemporary Art Fair, which has been held in Houston since 2011, will not be happening this fall.

Fair director Max Fishko of ArtMRKT Productions confirmed the decision to suspend not only the Houston fair, which had been scheduled to open October 19th, but also their Miami Project fair, which occurs in early December. “It seems like most of our friends in Houston are OK, but there’s obviously a lot of rebuilding to do. Based on what we were hearing, this just isn’t a time to bring people from all over the world to sell art in Houston. This is a time for Houston to be rebuilding the community and we want to be a part of that,” Fishko said.

He confirmed that ArtMRKT plans to hold the Houston fair again in the fall of 2018: “The [George R. Brown Convention Center] was accommodating about holding our reservation for next year. And we are currently looking for opportunities for ways we can help the Houston art world rebuild.”

Fishko said it was “a tough choice” because they didn’t want the Houston art community to feel abandoned, “But it didn’t feel that way. It felt like everybody is pulling together. As for Miami, right now [with Hurricane Irma coming], I can’t call a dealer and honestly tell them everything will be fine in 12 weeks in Miami.”

ArtMRKT’s next fair will be Art on Paper, to be held in New York next March.