On Monday evening, more than 300 people attended the final public meeting at the Museum of Fine Arts, Houston about the redesign of Houston’s Memorial Park. After a year and a half, eight public meetings, nine focused workshops, 20 expert interviews and an interactive website, landscape architect Thomas Woltz’s firm has completed its master plan for the park. 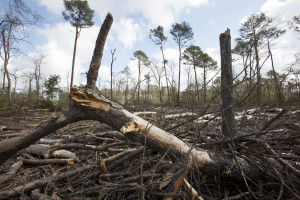 The Houston Chronicle reports that the redesign aims to restore the park’s ecological health (which was devastated in the past few years by a hurricane and the worst drought in Houston history—the park lost half its trees!) by incorporating more native plants and making the park more user friendly. The plan involves rerouting Memorial Drive, building a hill over it, and relocating the sports fields, among other major changes. 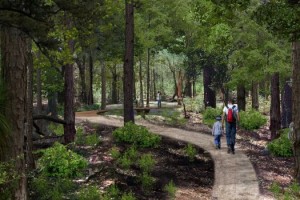 The plan still has to go to the City’s quality of life committee on March 25 and is on the docket for City Council’s approval the first week of April. And, although the City Council unanimously approved the budget of $100-$150 million more than a year ago, the Memorial Park Conservancy will need to raise another $150 million over 20 or 30 years to achieve all the amenities the plan envisions.

For more information on the master plan, read the Chronicle article or visit the architect’s website. To read about people who are still skeptical about the plan, read this Houston Press blog.