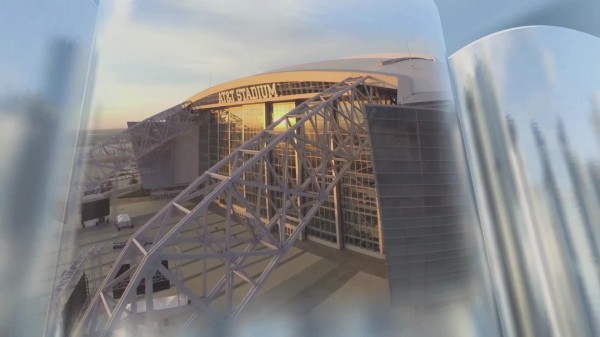 Airing April 3 in Dallas, PBS presents a new series on contemporary architecture called Cool Spaces! The Best New Architecture, hosted by architect and teacher Stephen Chung. While the name for the series is a more than little twee, the show actually attempts to highlight the some of the biggest structures around, hoping to elucidate to the public television audience both the technical and conceptual frameworks of some of contemporary architecture’s most ambitious buildings.

The series begins right in our own backyard at the HKS-designed Death Star, I mean Jerry World, I mean Cowboy’s Stadium, I mean AT&T Stadium, where Chung speaks with Jerry Jones about the building, its largess, and its superlatively enormous jumbotrons. In the segment, the technical logistics of the stadium are lauded (biggest single-span roof in the world!), as is its famed art collection (biggest canvases ever!), all while Jerry’s gigantic hands move slowly over an invisible football as he expresses his delight in his football fortress, which he wanted to feel like “walking into the lobby of the Ritz.”

Cowboys stadium is an engineering marvel, but as architecture it’s really a snooze.