You can’t miss the compound on San Antonio’s West Side as it sits in the middle of Leal Street. Warhol-inspired Campbell’s soup piñatas mixed in with lush, green vegetation greeted visitors as they walked through bronze gates into the gardens, where an opulent four-day Easter-themed extravaganza at self-made artist Franco Mondini-Ruiz’s compound took place. His studio/aviary/gardens and casita were open to the public for the closing event of Contemporary Art Month, Paintings, Peacocks, & Prosecco. I can only describe the compound as being the West Side meets Versailles—where lavish gardens, art, cacti, sculptures, ponds and a botanica create an exotic Garden of Eden-meets-hacienda oasis. In February’s edition of Texas Monthly, Sandra Cisneros said she would spend her days at Mondini-Ruiz’s place. 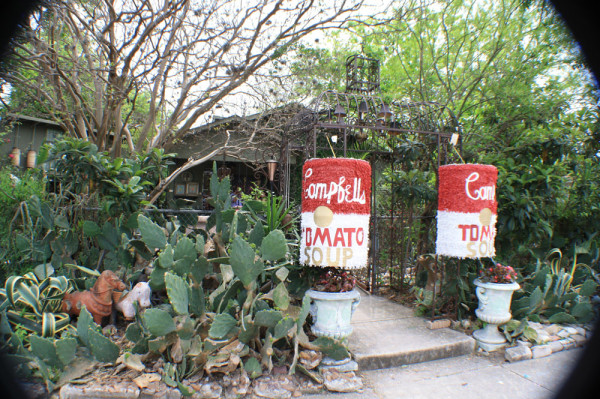 The Organic Garden is where I first explored. This area contained six sculptures made from parts of a 19th century organ (hence the name). One in particular that stood out was Central Park, a conceptual piece that included towering organ pipes surrounding a square cut of lush grass, mimicking the isolation of NYC from the natural world. Inside, the Crema Gallery (which is also the main residence of Mondini-Ruiz) was strewn with Mexi-kitsch-meets-baroque period pieces. 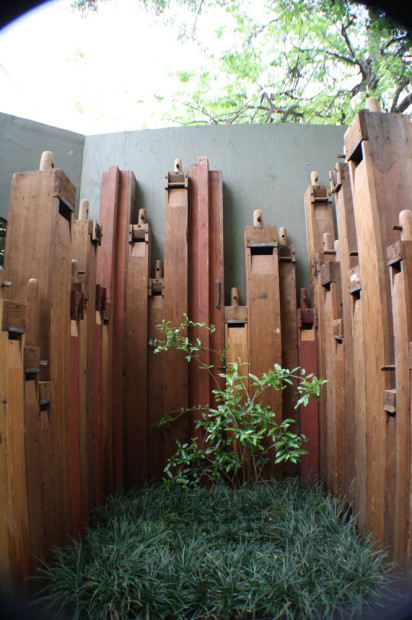 As I wandered across the grounds, I came to La Botanica, a place where mixed-media treasures and the Mexican occult intermingled. A rasaquache shrine to the late artist Chuck Ramirez was one of the easy finds in the mix and mingle of found objects.

Socializing in between Mondini-Ruiz’s studios and living space were peacocks, roosters, fashionable guests and art in every nook and cranny—I found it hard to look away from the picturesque scene. When I first found Mondini-Ruiz, he was diligently painting portraits of his guests in his large sunroom studio called The New Gallery (it was rumored that on Saturday he stayed painting portraits for ten hours).

Mondini-Ruiz lives and breathes art; not as a machine, but more like the production of a play. His assistants run around trying to locate the next clean canvas while catering to guests, loyal patrons patiently wait and Mondini-Ruiz is the director, producer and star attraction in this production. Born to an Italian father and Tex-Mex mother, Mondini-Ruiz is proud to be a working-class painter. “I wanted to prove that I could be an upper-middle class, free, creatively-unfettered artist/entrepreneur and it happened. It did, but it wasn’t easy,” he said. 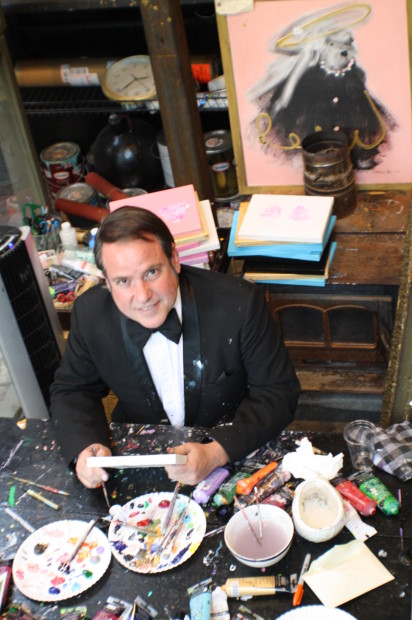 Mondini-Ruiz was originally a corporate lawyer. After doing that for a few years he decided to pursue the life as an artist, selling everything he had and starting from scratch. He talked a bit about being an artist from the practical and creative side. “I wanted to mix entrepreneurialship, create a magical environment and good art. I hope it becomes some inspiration,” he said. 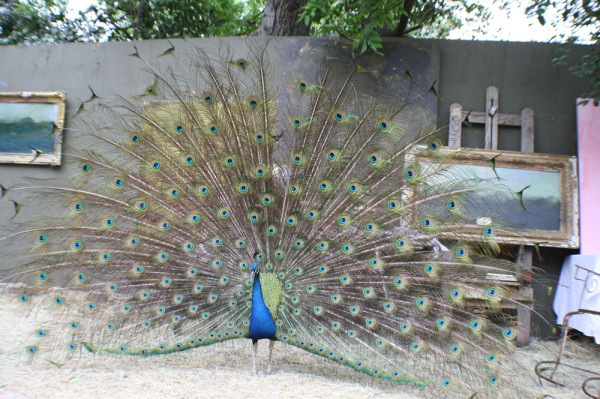 To him, art is not only a business or a creative, cerebral process, but also a lifestyle—and his compound proves it. It is not only an escape, but also an extension of his artistic expression. He said, “I am living an experiment, that I want, someday [for others], and for art institutions not to worry about who’s on their board or to try and build more buildings—we don’t need more museums—we need more people investing in artists.”