Katie Paterson: Focus in Fort Worth

Existing somewhere between visual poetry, scientific investigation and environmental loss is the work of Katie Paterson. It is quiet and blue (sometimes in color and sometimes in emotion) and seems to reflect the pace of a glacier but much like glacial ice it contains many layers of complex issues within its minimal form. Stratums that can only be unpacked by a viewer willing to take the time to both look and listen. 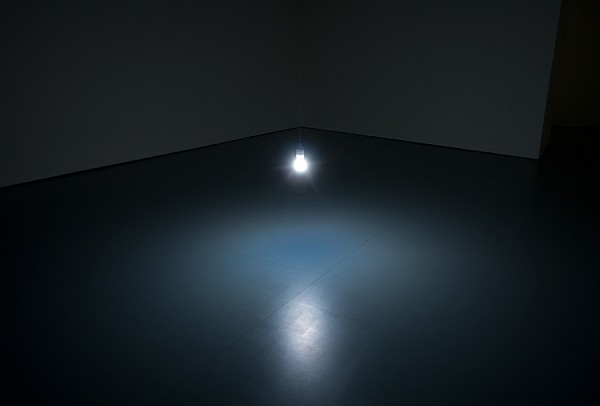 Her work is multidisciplinary, conceptually driven and often the result of intensive research and collaboration with experts in fields outside of the arts.  One example, and a piece best viewed if you can  alone, is Light Bulb to Simulate Moonlight – an installation that consists of a lifetime of incandescent bulbs designed to simulate moonlight. For this piece Paterson worked with a manufacturer to develop and produce a unique bulb that emits the identical light, in terms of color temperature, wavelength, and amperage, given off by a full moon. When the working bulb burns out, it is replaced with a new one. There are a total of 289 bulbs mounted on the wall in a shelving system with one open slot for the moon bulb in use.  Each one is meant to burn 2,000 hours and last 66 years, which was the average human life span in 2008. 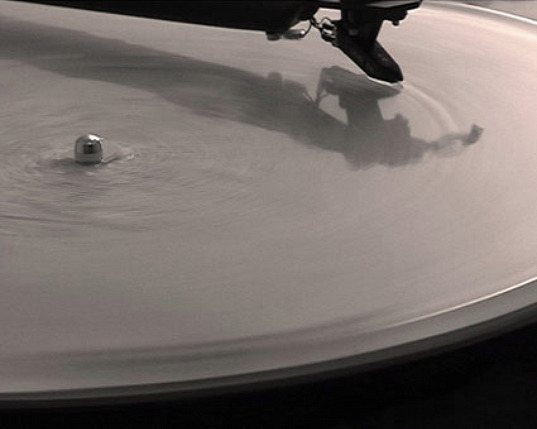 For Langjökull, Snæfellsjökull, Solheimajökull, the names of three glaciers in Iceland, three monitors play three separate videos of sound recordings. The glacial sounds were collected, cast from melted ice that had been taken from the glaciers and frozen into ice records. The videos document not only their thaw but also the breakdown of an environment—wind and water. Played on turntables the records start out clean and flat- physical documents made of ice and ambient noise.  As they play and slowly break down they are dissolved by the needle, the warm air and ultimately end in a pool of scratchy sounds and dirty sludge. 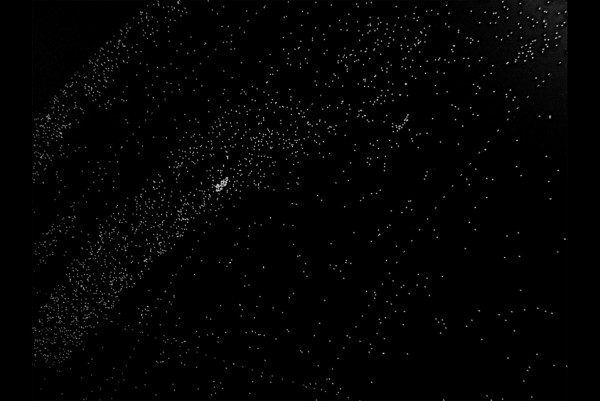 All the Dead Stars is a large laser etched map on black anodized aluminum that shows the locations of every dead star in the universe, 27,000 in total. In it, our galaxy is indicated by marks on the surface that form a horizontal line across the map’s center.  Standing in front of it you see a loss that is larger than each one of us, a realization which is both beautiful and sad. Like all of the work in this exhibition it suggests a dependent relationship with nature and as a consequence it’s impact on us as well as ours on this planet Earth.

Katie Paterson makes her American museum debut with FOCUS: Katie Paterson at the Modern Art Museum of Fort Worth. The exhibition is up till until Sunday April 15, 2012.