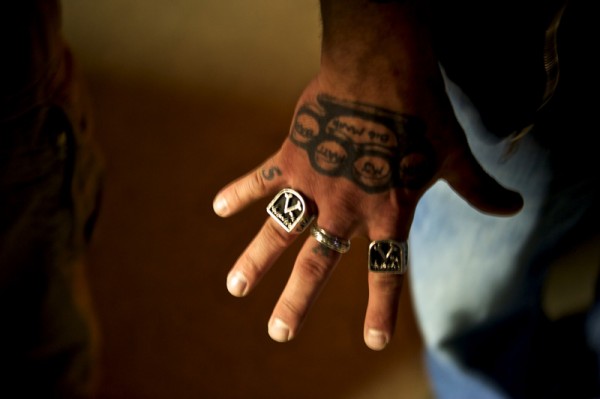 Happens to me all the time—most recently, when I read an article from The Guardian that Rainey posted on facebook. It was written by Alain de Botton, an essayist with many good ideas about aesthetics and society. The point that I really appreciated is this:

“We have too easily swallowed the modernist idea that art that aims to change or help or console its audience must by definition be ‘bad art’.”

This comes pretty close to what I want to say about a new book that came to my door, titled ‘Detroit: 138 Square Miles’. It is one of the most visually stunning books I’ve ever seen, not only for its images by Julia Reyes Taubman, but also for the sequencing of photographs and for its understated binding.

Taubman is a sophisticated and ambitious photographer who lives in one of the city’s affluent suburbs and was on the founding board of the Museum of Contemporary, Detroit, which published her book. This description may make it sound as though this is a vanity book by a rich suburban housewife (she is, after all, married to real estate mogul Robert Taubman, son of Alfred) but it’s more than that.

Photograph of the William Livingstone house from 'The Ruins of Detroit'

To give the French duo its due, their book, ‘The Ruins of Detroit’, is the gut punch that induces a swoon. It’s shattering to see the senseless destruction that has been visited upon so many places—most poignantly schools and churches—that aspired to positive social impact through their beauty. The ruin porn aspect comes into play with that sense of utter abandonment they evoke: you look at these pictures and feel like you’ve seen more life in elegiac photographs of New Orleans graveyards. The conflation of beauty and destruction caters to the most romantic tendencies to despair—which is what Taubman not only avoids but actually counters in her works. What Taubman uncovers isn’t pretty, far from it, but overall it’s not dead. 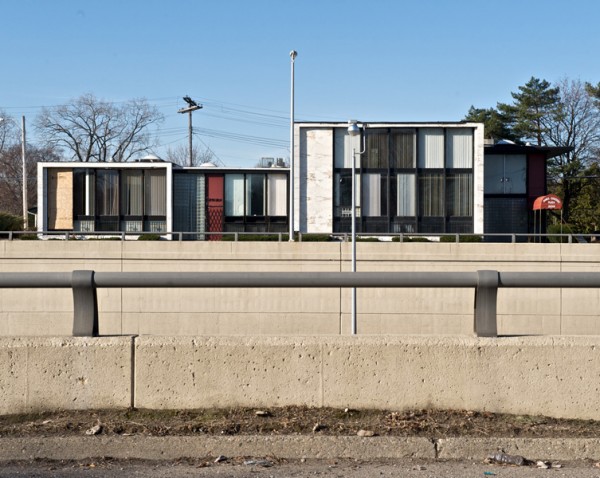 Taubman spent seven years on this project and shot more than 35,000 photographs. The book publishes about four hundred of those images, some of which speak to vestiges of order and grace: an altar-like arrangement of bookcases and artworks at the Paul Robeson Malcolm X Academy; a panel from Diego Rivera’s murals at the Detroit Institute of Arts; the boarded up but still-robust beauty of David MacKenzie High School. There is a stubborn human dimension in her pictures of people in churches, bars and restaurants around town. The messy reality they embody often is repellent but it’s also engaging. Her pictures stimulate curiosity, not despair. And where there’s curiosity, there is hope.

So what was it that de Botton’s essay reminded me of? That contemporary aesthetics, in their rejection of consolation in art, refuse to present cause for hope. I wish that Taubman could have let set aside her commitment to contemporaneity long enough to put more pictures of people, of the beauty and order, of the health and optimism that all co-exist with the fucked up mess that is Detroit.

Would it have undermined Taubman’s street cred to share an image of the Spirit of Detroit sculpture or the gorgeous and painstakingly restored interior of the Guardian Building? Or the shabby but well-used Main Branch of the Detroit Public Library? What about the extraordinary vitality of the Detroit Eastern Market? The devotion to history and craft that is the Pewabic Pottery? The dynamism of Wayne State University?

Does contemporary vision always have to emphasize negation in order to be valid, to be acceptable? The doubt, the questioning, the denial of any answers: all of these things seem to me to be not particularly helpful. And, while there are people who don’t need help and can afford art that withholds it, the vast majority of us on this planet need all the help we can get.

PS Detroit is a great place for artists. Scrappy community and ultra-cheap real estate. Anyone who reads this and is up for adventure should check it out.

Janet Tyson is an art historian and writer who lived in Detroit as a child. She is old enough to remember going to the Christmas Fantasy at the Ford Rotunda.

The Taubman family name appears on every school of architecture in Southwest Michigan, and that largess is duly noted. However, Detroiters know that Papa Taubman filled the suburbs with the shopping malls that drained downtown’s shopping districts. The family might not, in the balance of things, owe Detroit anything, but profiting off the city’s ruin is rotten.

Ms. Taubman the “artist,” has the financial security to spend 7 years shooting pictures of urban decay, which in Detroit is as easy as blinking. Sorry. She should have tried haiku.

“Street cred”? That she retreats before sundown to her comfortable mansion in the suburbs is appalling in relationship to the subject of this book. That she generally doesn’t get people in her photos says a lot about how comfortable she actually is in the city. Detroit would be a much more convenient tourist attraction if the locals just up and disappeared.

The fact that an institution in which she is a founding board member published her book is ethically questionable. If this book were her goal, she could have been a founding member of a publishing house–and based it in Detroit and hired Detroiters! And actually helped.

I know very little about Ms. Taubman. I suspect she is supportive of the local art scene, and adored for that. But she has a serious image problem because of this book. “Art that aims to change or help”? How’s that? This book strikes me as part of the problem.

Anyway, I really want to hear about the Ford Rotunda.

It wasnt the shopping malls and the suburbs that emptied the city’s shipping districts…. It was the high taxes and corrupt city government. Free people will make decisions to live in places where they have the most freedom, liberty, safety and low taxes. This is the reason for Detroit’s plight, and nothing else.

So you’re saying that the riots had nothing to do with white flight? Not saying city gov’t wasn’t corrupt (even before Young and Kilpatrick) but race-based fear and, face it, the role the automobile (irony piled on irony here) played in the rise of suburbs all over the U.S. can’t be ignored.

These all are legit criticisms of Taubman. I personally resent the access her wealth provides, and have doubts about the ethics of MOCAD publishing her book. But I still admire the book and think she brings a perspective that distinguishes it from others.
My memories of the Ford Rotunda are a dizzying blur of Christmas lights, trees, giant candy decorations and the incredibly high ceiling. The Christmas Fantasy was the only time I went there.

I was being a bit obstuse, implying that the decline of Detroit retail is anything less than a big, complex mess of micro- and macro- conditions, assumptions, and decisions across decades. Apologies. I hope the overall point was delivered.

sorry to tangle the threads…