My dear friends, I must ask forgiveness for not writing last week, as I was in New York covering the United Nations world summit for the HS Gridiron. I’m back and this weekend I visited Blossom Street Gallery, which gives me occasion to talk about abstract and/or non-representational art. (I throw the terms together, as people often confuse the two.) 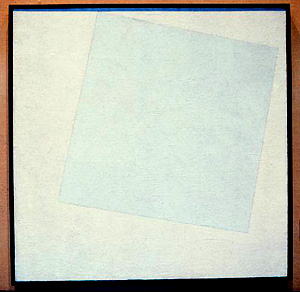 
When I was about fourteen years old, my family and I drove into Houston to visit the Museum of Fine Arts, and while we were there, I remember staring intently at the painting Suprematist Composition: White on White (1918) by Kazimir Malevich, trying my best to figure out why something like that would be considered important enough to be placed in a museum.   I stood so close to the painting, that a guard took my arm and pulled me away, and as he did, I remember thinking, not “Hey jerk wad, get your mitts off me body , but “Is there some trick to the brush strokes that I’m missing?”

Now that I am better versed in the history of the Russian Revolution and the incredible innovations in the arts that took place around that period, I’ve grown more appreciative of Malevich’s suprematizmu, an art form free of representation, and which stressed the purity of geometric form. (Malevich has been called the grandfather of nonrepresentational art, but to be fair Islamic artists concerned themselves with geometrics at a much earlier date.) 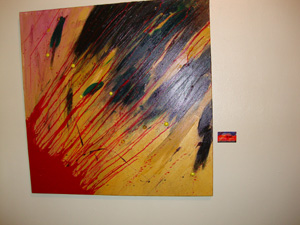 Since Malevich’s time, there have been other worthy artists who have produced beautiful works of art that fall into the categories that I am presently discussing, including Robert Motherwell, Agnes Martin, Franz Kline, and Martin Puryear to name a few.  Their work succeeds aesthetically because each put a great deal of thought and effort into what they did, well before ever applying a brush to canvas or a chisel to wood.   For example, rather than thinking that all he had to do to warrant a museum exhibition was throw a knife at a tree limb and shout “”Look what I did!," Martin Puryear actually studied under Sierra Leonean and Swedish craftsmen for years before he showed his sculptures at higher institutions.   And here is another novel approach.  Franz Klein didn’t work in such a matter that he could text his latest five-minute creation on Twitter every two minutes.  Crazy thing this, but Klein not only prepared multiple preparatory sketches, but he also studied the works of other artists, before creating his deceptively spontaneous looking paintings! Oh nutty world!

I bring all of this up, because on the day that I visited Blossom Street Gallery, it was chockablock full of abstract and nonrepresentational art.  Well, let’s say my use of the term art in this case, is a bit too generous.  No offense to the people at Blossom Street Gallery.  The woman I spoke to was very enthusiastic and driven and idealistic about the future of the gallery, which is currently closed for renovations.  She was sweet enough to let me come in and see the work hanging on the walls, and while I was there told me the gallery has a large following, they never advertise, and that artists come to them asking for shows. That is just great and I am happy for them. 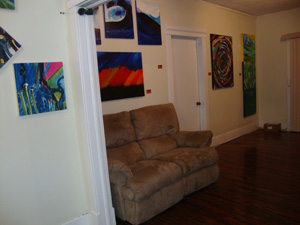 Which brings me to my pet peeve.  Let’s say you were a doctor, and you weren’t a very good doctor, and you hurried through your surgeries and appointments without even thinking about what you were doing and where you were cutting, and let’s say maybe 99 out of ever 100 patients you treated died, or if they didn’t die, they should have, and the one that lived only did so because that person had an amazingly resilient constitution.  If you were such a terrible doctor, wouldn’t you realize how bad you were?  Or, would you be so clueless, that after the 99th patient in a row dies, you smile contentedly, and think “Another successful operation! I am going to go out and advertise my services with a picture of this mauled and maimed dead patient.” ? 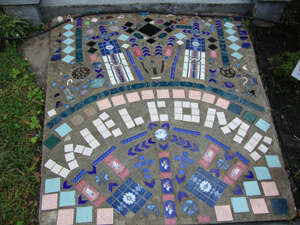 So why do so many artists think that their muddy, poor planned and executed paintings are good enough to be shown to the public?   And why do so many other people, including gallery owners and collectors, encourage them?  I am not talking about young artists who are serious about what they are doing and just need a few years to mature.  I am all for showing their work here and now.  I am talking about people who don’t seem to care enough to think about what they are doing, and then somehow think what they did is worth forcing on the public, and then to make matters worse,  somebody gives them a gallery show, and then somebody else buys their work!! 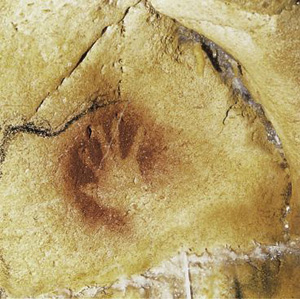 The delusional artist and the deluded public are not modern conceits.  Back in the caveman days, there were good, thoughtful, observant, skilled artists painting pictures of cows, and reindeer, and stampeding horses, and men with enormously large penis sheaths, but there were also those clowns that couldn’t paint worth shit, and thought how fantastic it would look if they traced their own hand on the wall.  And then somebody let them do it, and then nobody erased it from the wall, and now we have to look at it 32,000 years later.  Will we never learn? It’s ok to tell a two year old “Good job” when they poop in a pot, but to tell a grown up the same thing when they crap on canvas is not so laudable.

Life is a crap-shoot better something than nothing.

Life is short. Better something substantial and lasting, I say…like ‘smores’. Why waste time and effort hoping against hope that there is deeper meaning when there usually isnâ€™t any.

Deeper meaning is the pretentious present not a piece of candy as you cross the finish line.

You’ve obviously never made or eaten s’mores.
Me neither.

And we have no idea what you all are talking about.

Beth I love your articles.

I don’t think Beth is talking about deeper meaning here. She’s talking about crap art that shouldn’t be brought out of the back room.
But don’t judge a gallery by its first shows.

Or maybe you are still like the kid watching the painting unable to understand why it deserves to be there. But now you are more arrogant and rather than saying “I dont understand it”, you say “it shouldnt be there”.