by Beth Secor July 5, 2009
FacebookTwitterEmail
Disclaimer!!  This is not a review.  This is an adjective.
Wind Water Gallery
By Beth Secor 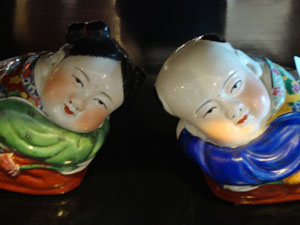 A couple of weeks ago I went to Wind Water Gallery on 19th Street in the Heights.   This was before the Great Monsoon of 2009, so you can imagine how excited I was to not only go to another gallery, but to one that featured the two things that would make me and every other person in Houston quit saying “I’m hot.  Why is it so f*cking hot?” 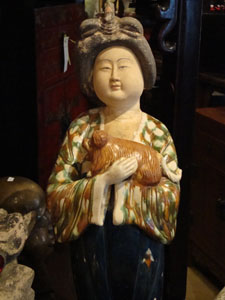 First of all, the so called Wind Water Gallery is not a gallery. To verify this, I looked up the word “Gallery” at Dictionary.com, and although an advertisement for Wind Water Gallery mysteriously appeared on the same page as the definition, the establishment in no way shape or form a gallery, unless it’s a shooting gallery, and by shooting I mean h e r o I n, as in the hero in me.

When I asked the co-owner Cathy Ross why they call it a Gallery she said, “Its Gallery, like in Gallery Furniture.”

Lady, I wouldn’t admit that to anyone.

Secondly, the words “Wind Water” refer to Feng Shui and are not a partial description of Yosemite Sam’s Gold River Adventure Ride at Six Flags Over Texas, which was especially humiliating to find out, since I had prepared for the occasion by way of a brand new Ladies Speedo Electric Shock Super Proback Racing Suit  ($49.99) and a six pack of LiFoam Wacky Noodles ($1.64) from Academy Sports and Outdoors. 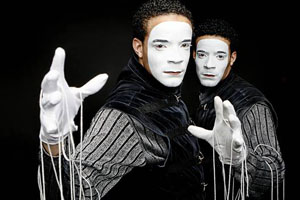 For those of you who have never heard of Feng Shui, this is the persecuted sect of mimes one might see “trapped in a box” outside the Chinese Consulate every single friggin’ day of every single friggin’ year.   Oh no, I’m sorry, that’s not Feng Shue, rather that is the Apostle Paul and Pastor Keith Edmonds of the gospel duo K & K Mime Ministries, “who are not here to entertain you, but to have an encounter with God.”  Nor are they here under any pretensions of irony.

Feng Shui is an ancient Chinese tradition of placement and design that helps people live in harmony with their environment, and literally translated means “Breaking Wind, Releasing Water”. Although it was introduced to the West in the early 20th century, too many people complained, “It smells like a god damn outhouse in here.” and the practice did not become truly popular until the 1960’s, when the English translation became abbreviated to its current use. 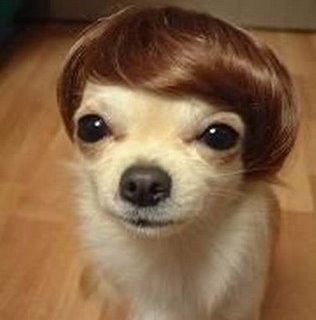 Wind Water Gallery specializes in Asian antiques, carrying items which include among others Ching Dynasty chairs, Burmese figurines, puppy wigs, and vintage silk embroidered and appliquéd Chinese children’s hats.  For hundreds of years mothers in China have made their children hats modeled after fish and tigers, dragons and phoenixes to name a few styles, in order to ensure their offspring protection against evil spirits, ghost, idiocy in elected office, and demons, as well as to ensure academic success, long life, and happiness. I personally tried cramming on a 200 year old double headed dragon hat, but, well let’s just say its under the Hiding Monk statue and in need of a little repair.  LOL! 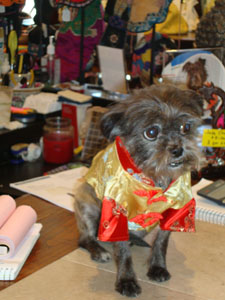 The owners Ross and Cathy Clark travel back to Cathy’s homeland of China four times a year to acquire the pieces on display in their showroom, making it their mission  “to find furniture and accessories and restore them back to their original majesty.” It is also their mission to dress every single dog in town in cute miniature Chinese clothes, even if the dog is made miserable in the process.  The day I was there I asked them to forcefully dress their dog Fufu, (which translates to “Good Luck Good Luck” in Chinese and as the French Foufou, “Crazy Ass Mother F**ker”) in a pair of Mandarin pajamas.  I have never felt so powerful in my life.

Next week join me at an undisclosed location!

Please forgive the drunken blather. We can’t see to help it.
However, steps have been taken.

That should be ‘seem’, and not ‘see’. Damn these unforgiving sites. Rainey, please block my attendance
forever more. Block all of us.
Many thanks.