Big museums tend to have their shows planned out several years in advance; while some of the small artist-run spaces are lucky to know what’s happening next month. But we love them all, and so here it is: the highly anticipated roundup of the best art on view this fall in Texas. 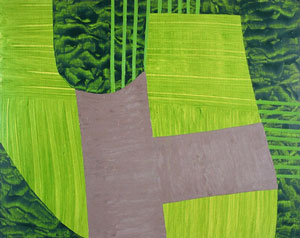 You all will be pleased to know that we at Glasstire spent August on an (almost) statewide tour, pressing flesh and hearing what everybody’s got cooking for the next few months. Big museums tend to have their shows planned out several years in advance; while some of the small artist-run spaces are lucky to know what’s happening next month. But we love them all, and so here it is: the highly anticipated roundup of the best art on view this fall in Texas.

Austin
It seems things are shaking up in the state capital. For those who haven’t heard, Arthouse has announced the new Texas Prize, a bi-annual statewide competition awarded to a single artist with a cash gift of $30,000! The jurors are a wide variety of local as well as national art figures. Notable figures such as David Hickey, James Elaine and Shamim Momin are included as well as some regional talents Valerie Cassel Oliver of the CAM, Kathryn Kanjo, and Vernon Fisher. The finalists will be showcased in an exhibition at Arthouse in the fall of 2005. Also at Arthouse, look forward in November to Lounge, an exhibition that promises to transform the space into a huge lounge area (even tearing down the famous wall in front of the plate glass window). We know you’re thinking, “yeah, yeah, been there already with Ultralounge at DiverseWorks,” but this exhibition will involve a collaboration between Arthouse adjunct curator Regine Basha and Kevin Alter, Associate Dean of the School of Architecture at The University of Texas (meaning there will be more of an emphasis on the space itself). If that weren’t enough, ArtHouse will be throwing even more money out there in the form of a $3,000 cash prize to realize a single project (send in your proposals now — the deadline is October 8).

The Creative Research Laboratory just hired a new director, Hana Hillerova; this savvy recent MFA graduate from UT has decided to expand the programming to create more of a laboratory environment. Typically the CRL’s mission is to program exhibitions by the students and faculty in the art department at UT; but Hillerova, a Prague native, is spearheading a collaborative and interactive exhibition called Heydays: Drawing Across Disciplines. It will involve an all-day drawing marathon on October 2 from 10 am to 10pm. Also the undergraduates from University of Texas will take over the space for the following weekend (noon October 9 to noon October 10); so look forward to being surprised by the youngsters.

Over at the Austin Museum of Art, Dana Friis-Hansen is a joy to be with, and is sincerely trying to bring shows to Austin that the public will enjoy. The big show this fall is called Ghost Stories: The Disembodied Spirit, which is a traveling exhibition from Bowdoin College Museum of Art in Maine. It includes artists using film, video, photographs, and installations to deal with various translucency elements. We thought the concept sounded a trifle cheesy, and were pleasantly surprised by the strength of the works in this show. Also on view will be Jun Nguyen-Hatsushiba’s Memorial Project Vietnam, an amazing underwater film that was shown at The New Museum in NYC last year, as well as various other locations. The museum has also just hired a new adjunct curator, Dr. James Housefield, who will co-curate some shows with Fiis-Hansen, including the infamous Twenty-Two to Watch: New Art in Austin, which will open next year.

The Blanton Museum is gearing for the new building opening in 2006. The new show up will be the last exhibition in the old space which is Twister: Moving through Color, 1965-1977, and it also has a show dedicated to previewing the new space with computer renderings and all. It’s looking like the Blanton will become the next major institution in central Texas.

Overall, there seems to be a lot of young energy coming out of Austin, especially with some of the smaller venues: Fresh Up Club, Camp Fig, Test Site, and O2 gallery at Flatbed Press. Like all young artist-run spaces, these venues exhibit art of variable quality; but one should keep an eye out for their upcoming shows. No stone unturned, that sort of thing.

San Antonio
ArtPace has announced their new residents for the year. First up is Anne Wallace of San Antonio, Milica Tomic from Belgrade, and Wangechi Mutu, originally from Kenya and now based in New York, all selected by Dan Cameron, senior curator at The New Museum. That exhibition opens November 11, and in the meantime the Hudson show room has some interesting shows. The suspiciously named Farm to Market, opening October 28, will highlight some Texas talent, including Robert Pruitt, Chris Sauter, and Allison Wiese.

Finesilver Gallery’s big news is that they will be opening a new location in Houston on November 19! It seems they will still be in San Antonio with the current exhibition including Yunhee Min, Carter Potter, and Chuck Ramirez. The next upcoming exhibition is with Joey Fauerso, who is also one of the co-founders of the Bower, a wonderful addition to the San Antonio artist-run spaces. The Bower was named after a type of bird known for decorating its nest with found objects, and that is just what the Bower founders have done. Joey Fauerso, Leslee Fraser, and Michael Velliquette run the Bower, a spacious second-story live/work space that is unbelievably charming and homey. Their next exhibition is Young-Min Kang from Austin and Marc Leblanc from Chicago, opening in October. In December, in collaboration with Austin-based Test Site, the Bower will feature Finish artists Jani Leinonen and Riiko Sakkinen.

Blue Star Contemporary Art Center is turning 19 years old this fall! In November, an exhibition curated by Lynn Herbert, Senior Curator at the Contemporary Arts Museum Houston will celebrate this stupendous anniversary, and will feature Blue Star “alums.” There are also some great shows coming up at Cactus Bra, Three Walls, and Sala Diaz that should not be passed over, so make sure to keep them on your list. San Antonio has a small but very close knit art community that consistently generates a lot of energy.

Dallas/Ft.Worth
The upcoming contemporary exhibitions at the Dallas Museum of Art are Lothar Baumgarten’s Carbon, involving a series of photographs inspired from following the railroad tracks through his travels. In the quadrant galleries is Helen Mirra, who uses film, video, sculpture, and text. Though it won’t occur until January, we have to stretch our timeframe to include the Robert Smithson show, which should be spectacular. Not big on our list of must-sees is the blockbuster Splendors of China’s Forbidden City (when will museums stop using the words “splendors” and “treasures” in their show titles?)

Over at the Modern Art Museum of Forth Worth, things seem to be moving along with their lecture series this fall. The lineup includes Robert Mangold, Mark Thistlewaite from Texas Christian University speaking about Robert Motherwell, Michael Auping, and Erick Swenson. All the lectures are Tuesday evenings in the museum’s auditorium, so don’t complain about nothing interesting going on during the week.

As for some of the smaller spaces, the Dallas Center for Contemporary Art’s Joan Davidow has the Legend awards on tap. This year’s recipients are Linnea Glatt, a Dallas artist known for her large-scale installations; Veletta Forsythe Lill, City Council’s District 14 representative; and Linda Pace, founder of ArtPace in San Antonio.

Dunn and Brown Contemporary is celebrating its fifth anniversary (has it been so long?) with an exhibition of some of its troops: Julie Bozzi, Vernon Fisher, Trenton Doyle Hancock, Joseph Havel, Annette Lawrence, Nic Nicosia, Christian Schumann, Michael Smith, Matthew Sontheimer, Liz Ward, William Wegman, Mel Ziegler, and many more; also in their project space are Paul Booker and Monica Vidal.

Angstrom Gallery may not have updated their website in months, but David Quadrini has some strong exhibitions planned for this fall. Steven Hull from California, Kaz Oshiro from Japan, and Marcos Rosales, originally from Texas and currently living in New York, are presently on view. In October, current Houston Core fellow Maya Schindler will have her first solo Texas exhibition.

Lastly, there are a few artist-run spaces that seem to really making some noise in big D: Randall Garrett’s space famous memory, has put together a decent show at Deborah Colton Gallery called Camp Lucky, for one week only. Who says Houston is boring?

So that’s all we’ve got for now. We’ll keep the news wires open as unexpected gems emerge; and if we’ve forgotten anybody, there’s always the Spring Preview!

Rachel Cook is the editor of Glasstire. 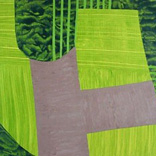