Dancing With the Czars 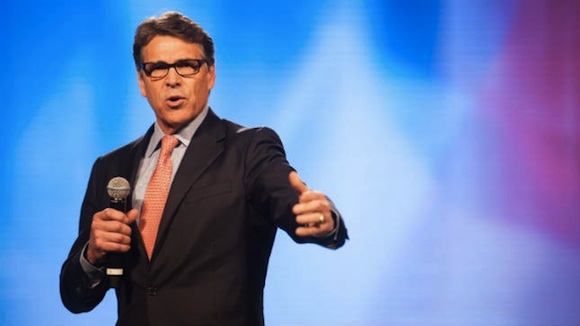 Photo: Getty Images via The Hill

We thought we’d reached the point at which the political scene couldn’t get any weirder. But yesterday, ET Online announced that former Texas governor and former presidential candidate Rick Perry will be joining the next season of Dancing With the Stars, which will premiere Monday, September 12.

In 2009, former U.S. House Majority Leader Tom DeLay was paired with Cheryl Burke on season nine of the reality-TV dance show, reports The Dallas Morning News. In his debut, DeLay danced the cha-cha to The Trogg’s 1966 hit “Wild Thing.”

Governor Perry, who has always been open to insightful opinions, could probably use some suggestions on partners, songs, and dance moves. Any ideas?