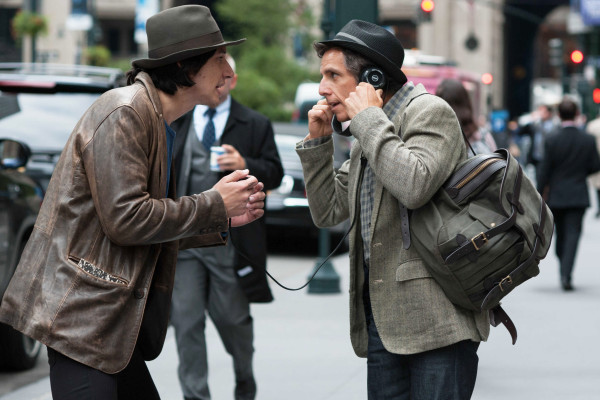 Generation X has been showing its age for a while now. This manifests, predictably, with a “kids these days” attitude towards Millennials.

Noah Baumbach, a native New Yorker who is now 45, has just released another movie, Mistress America. It’s his eighth movie since 1995, so in a way we’ve watched him grow up through the screen.

Baumbach is interested in whether my generation (which is his) disdains and mistrusts Millennials. He doesn’t speak for all of us on this topic, but he has some ideas about it.

Baumbach’s treatment of this thesis shows up most notably in his last movie, the 2014 dramatic comedy While We’re Young, about the life and work of a middle-aged creative person pitted against that of a younger one, and centers on the question of authenticity—as in: Gen X is an authentic if grim bunch of non-joiners, and Millennials are slippery, self-branding strivers who lack ethics.

(And Baby Boomers, per Baumbach, can afford to be sanguine about Millennials because the generation gap is so wide that they take a more philosophical view on how very young people get things done. There’s a saying: Grandparents and grandkids get along so well because they have a common enemy.) 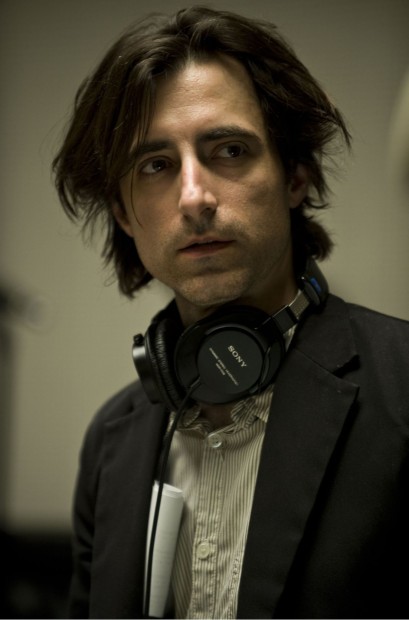 I noticed that when I read a handful of reviews on While We’re Young when it came out, the major critics didn’t address the gas-lighted, menacing pitch of the climax: the part about the 25 year-old documentary maker named Jamie, played by Adam Driver, and his corrupt strategy for completing his movie project, as seen through the eyes of the movie’s shaken lead, played by Ben Stiller. Reviews were instead mostly about the (humorous and sometimes true) discomfort and irritation of middle-age people rubbing shoulders with hip youngsters, and how their ways of life compare and contrast, and whether the two generations can learn anything from each other. (Note: Baumbach’s jokes about young hipster Brooklyn are funny, if a little broad, here.)

Baumbach is a somewhat uneven filmmaker, but he is an emotionally honest one, and he’s trying to communicate a real urgency and resignation with While We’re Young. Stiller’s 45-year old protagonist, an established documentarian named Josh, grows completely enraged by what he feels is the younger man’s creative dishonesty, but in the very end of the film lets it go and dismisses Jamie’s entire deceit with a simple line: “He’s just young.”

I doubt that Baumbach really thinks that being 25 makes it okay to be a shameless narcissist, or to have a borderline personality disorder. After all, con artistry and slimy ambition are not generation-specific traits. They are timeless. One Millennial who makes one dishonest movie is not a stand-in for all Millennials, or at least shouldn’t be. 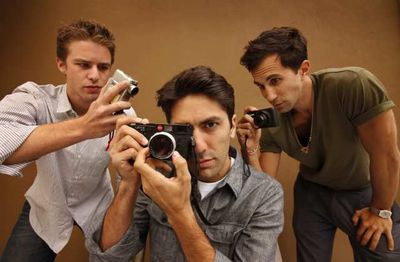 The makers of the movie Catfish

But Generation X is said to be marked by disaffection, lack of financial stability, mistrust of corporate interests, and an obsession with authenticity, or at least the roving definition of authenticity. Jamie’s shady documentary project in While We’re Young is made in a way that echoes the controversy around how the actual 2010 documentary Catfish was made. Catfish, about a weird internet phenomenon, was fast, intimate, unnerving, and felt very new. It was made by three Millennials, and they starred themselves in it. For its genre and time, it was a viral and critical hit. It was also problematic because some viewers called out the creators on their unlikely foresight and supposed unwitting discoveries, their casual entitlement and arrogance, and possibly, their cruelty to the film’s subjects. 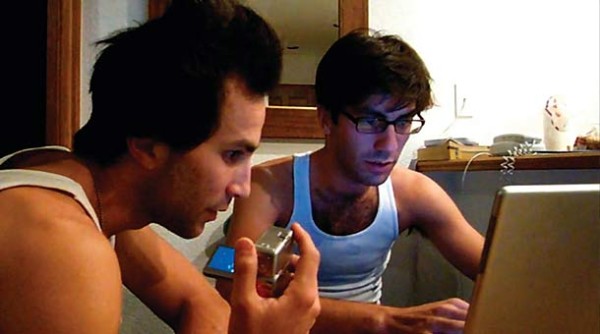 A scene from Catfish

I would guess that Baumbach, like many Gen-Xers, saw through the weird holes in the Catfish-ers’ tale and was scandalized by it. But no amount of Gen-X skepticism could snuff Catfish’s success. And I think While We’re Young is Baumbach’s grappling with how to let go of that frustration, in a sort of  “This is the world we live in now; this is how young people are, so I have to get over it” way. 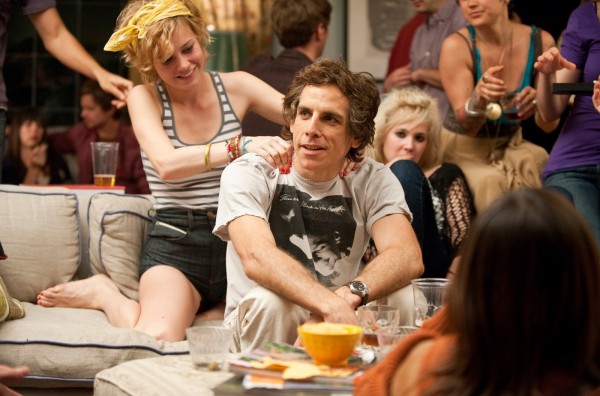 One of Baumbach’s methods for serving this up is his use of Ben Stiller in the lead; it’s the second time he’s cast him since 2010’s Greenberg. Stiller is Baumbach’s spikey, neurotic stand-in, Woody Allen style, and the actor is very good at being angry, posturing, and pathetic, while still being funny.

In While We’re Young, Stiller’s character is nearly a decade into working on a single, insanely labored documentary project that’s so righteous and integrity-laden that he can’t wrap it up. He can hardly believe, or contain his envy, when his new young pal Jamie seemingly dreams up a project on a whim and right away finds a thrilling momentum for getting connected and getting it made. And it turns out he shouldn’t believe it. At the movie’s climax, as Josh rushes to his father-in-law, a famous D.A. Pennebaker-type played by Charles Grodin, to tell him what a phony Jamie is, Grodin’s character can’t be bothered. As far as Grodin’s retired documentarian is concerned, the important thing is that Jamie’s movie is entertaining and people like it, and that it got made at all. He admires Jamie’s hustle. 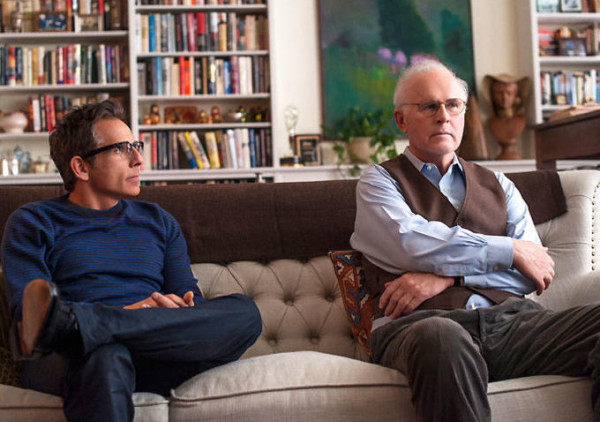 Stiller and Grodin in a scene from While We’re Young

The late scenes where Josh realizes no one else cares about Jamie’s lack of creative integrity, and that he just needs to get on with his own life, are strange and sad if you think that this is what Baumbach believes (or believed at that time): if he really thinks that the Millennial way of life is fundamentally shallow, vain, and opportunistic, then the only way Gen-Xers and the rest of the world can be content is to ignore them and move on with the real work of raising families and… whatever it is Stiller’s character is going to do besides that. 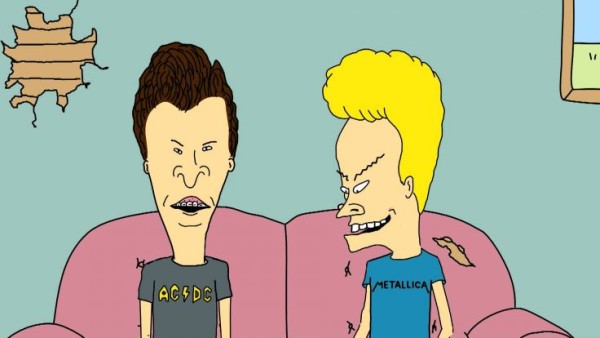 Here’s how Mike Judge portrayed the next generation 20 years ago.

Baumbach’s struggle to portray all this is nothing new. All generations are disconcerted by the generation that directly follows, and getting older is a weird shock for most people. But also true, and also touched on in the movie, is that people care about and can feel flattered by the young (likely a two-way biological survival mechanism for the species), and want to help them. Gen X is now middle-aged. And I remember reading articles about the Boomers suddenly being middle-aged and thinking: “Losers. Fuck ‘em.” I still feel that way sometimes. The cycle repeats. This is fine.

Note: Baumbach co-wrote two of his latest movies with his current girlfriend, Greta Gerwig, who is a Millennial.

Maybe in five years’ time, Baumbach will make a movie that’s obliquely about that time he made a movie about how terrible Millennials were, and how wrong he turned out to be. But in a nod to Millennial style (or, shall we admit, the established Woody Allen style), he’ll play himself.

I don’t get the Woody Allen-Noah Baumbach comparisons. This is the second time I’ve read that in a review.

Thanks for the thoughtful and witty article!

I agree with the Noah Baumbach- Woody Allen comparisons– I think the similarities are stylistic, especially where dialogue is concerned. Both directors love neurotic characters whom we can simultaneously abhor/ feel embarrassed by AND completely relate to. They both love a good, long, self-reflexive monologue within a dialogue between two characters. Characters, in dialogue, never seem fully aware of the other person’s presence and are incapable of fully sympathizing. But it doesn’t make them despicable– just more human in the “every man is an island” sort of way. I’m thinking especially of Woody Allen’s “Melinda” character in Melinda and Melinda and Greta Gerwig’s character in Baumbach’s Frances Ha.

The thing about Gen X is that we haven’t really done the navel gazing narcissism that Boomers cursed America with; Millennials pushed us out of the spotlight when they were still Gen Y and that was it. Baumbach is a precious filmmaker steeped in his Boomer parents’ self-regard and never spoke for me or anyone I know. Linklater’s “Slacker” and not the corporate horseshit of “Singles” or Stiller’s “Reality Bites” came closest to depicting Gen X disaffection. Baumbach’s oeuvre is just Boomer Mark II mush. He should sign on for remake of “the Big Chill”.