The Art Barn is No More 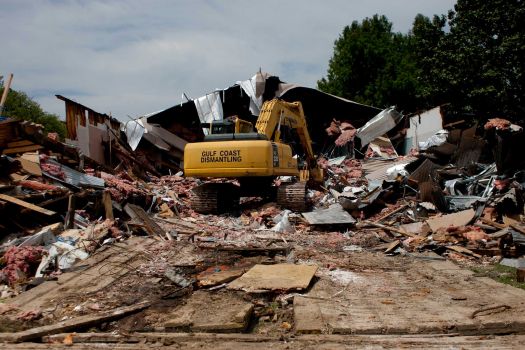 After setting aside only the metal siding that used to cover its exterior, at the request of a group of alumni, Rice University went ahead with its plans to demolish the architecturally significant Art Barn today, the Houston Chronicle reports. The Howard Barnstone and Eugene Aubry-designed building was commissioned my John and Dominique de Menil in 1969 as a temporary space for an art exhibition, but the building remained for nearly 50 more years, much-loved and emulated by architects all over the world for its simple corrugated metal exterior.

A great deal of outcry from admirers of the building (properly called the Martel Center) followed reports that the university intended to tear it down make room for more lawn, and a brief stay of execution was granted to rethink the proposal. But the university has resolved to carry out the leveling which began today in full by tomorrow.