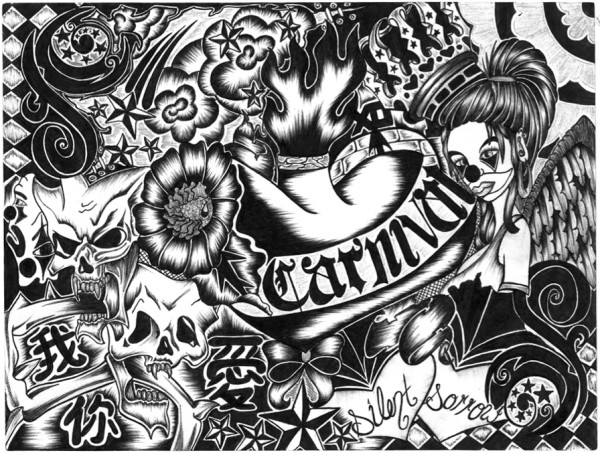 Art on view during last weekend’s Sor Juana Festival in Austin shed the spotlight on the importance of art as a form of therapy and rehabilitation in prison. Now prison rights advocates want the Texas legislature to fund the purchase of art supplies for prison inmates, particularly women offenders.

The challenges facing women in jail are particularly dire. According to a recent report, more than half of women in Texas prison facilities say they were sexually abused or diagnosed with a mental illness before being incarcerated.

“The No. 1 problem is that we’re putting women in prison who do not need to be in prison,” [Texas Criminal Justice Coalition executive director] Yáñez-Correa said. “A lot of girls who grew up as women in the system were violated since they were very little. Someone failed these women.”

Prison can only compound some of the problems that led to incarceration in the first place. Art, however, can prove an effective means to treat those suffering from trauma.

“[Art-making] taps into a totally different part of the brain than verbal language or talking or even writing,” said Rachel Nash, a professional art therapist based in Dallas. “That has a huge beneficial level, especially with people who are less inclined to talk.”

Currently inmates can purchases art supplies from the commissary, but many can’t afford to buy them. And so they improvise, doing thinks like soaking M&Ms to extract the dye. Advocates say art is a simple and cheap way of helping inmates cope with their painful experiences and develop self-esteem, while allowing a venue to express fear, anxiety, and emotion.