The Blanton Museum of Art at the University of Texas at Austin has appointed Hannah Klemm as curator of modern and contemporary art. Ms. Klemm succeeds Veronica Roberts, who accepted the role of director of the Cantor Arts Center at Stanford University last summer. 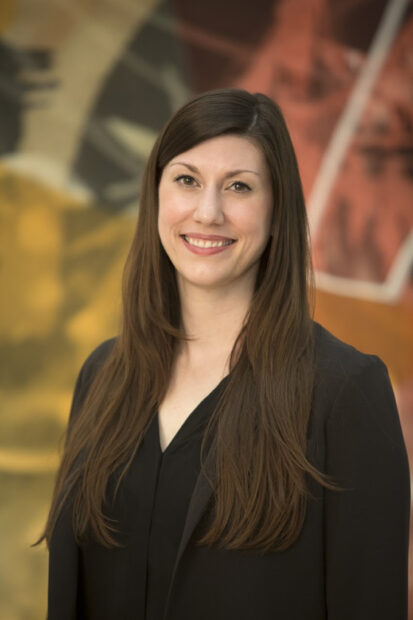 Hannah Klemm. Image courtesy of the Blanton Museum of Art.

Ms. Klemm holds a Ph.D. from the University of Chicago, an MA in Art History from the Courtauld Institute of Art, and a BA in Art History from Sarah Lawrence College. She has held the position of associate curator of modern and contemporary art at the Saint Louis Art Museum since 2016. In this role, she curates the museum’s Currents series, which showcases new works by contemporary artists, and the New Media Series, which exhibits single-channel video works in the museum’s media gallery. She has co-organized major exhibitions, including Storm of Progress: German Art after 1800 from the Saint Louis Art Museum, Oliver Lee Jackson, Kehinde Wiley: Saint Louis, Sun Xun: Time Spy, and the forthcoming The Culture: Hip-Hop and Contemporary Art in the 21st Century. Prior to her time at the Saint Louis Art Museum, Ms. Klemm was a graduate curatorial fellow at the San Francisco Museum of Modern Art, the Art Institute of Chicago, and the Smart Museum of Art.

In a press release announcing the appointment, Blanton director Simone Wicha noted that Ms. Klemm, “brings a passion for contemporary art bolstered by rigorous knowledge in art history and strong professional expertise — plus a commitment to engaging audiences through unexpected and unique experiences with art. The modern and contemporary program, historically one of the Blanton’s strengths, will no doubt continue to grow in innovative and impactful ways with her leadership.”

In her role at the Blanton, Ms. Klemm will organize major exhibitions in the Sarah & Ernest Butler Gallery, as well as solo shows by contemporary artists in the Contemporary Project gallery and the newly reopened Film & Video gallery. She will also manage the presentation and expansion of the museum’s collection of U.S. and international modern and contemporary art. Additionally, Ms. Klemm will oversee and realize sound art commissions for the forthcoming Butler Sound Gallery, an outdoor component of the Blanton’s new grounds.

Ms. Klemm has remarked, “I’m thrilled to be joining the exceptional team at the Blanton at such an exciting time for the museum. It’s clear that everyone at the Blanton is dedicated to creating culturally responsive programming that is collaborative, diverse, and inclusive and that showcases contemporary art, from established to cutting edge, within the broader context of art history. I’m excited to help continue to shape their wonderful program of modern and contemporary art. My approach has always been community- and artist-focused, and I look forward to joining Austin’s thriving art scene and contributing to building meaningful relationships between Austin’s communities and the Blanton.”

Ms. Klemm will join the Blanton in April, before the opening of the Blanton’s redesigned grounds.

Sounds exceptionally well qualified. Best wishes to her for success!!