Sunday morning, the Dallas Museum of Art (DMA) announced via social media it would be closed until further notice. Later in the day, the museum posted an update that it had received a threat related to both its building and parking garage, but that it would open at 2 pm. 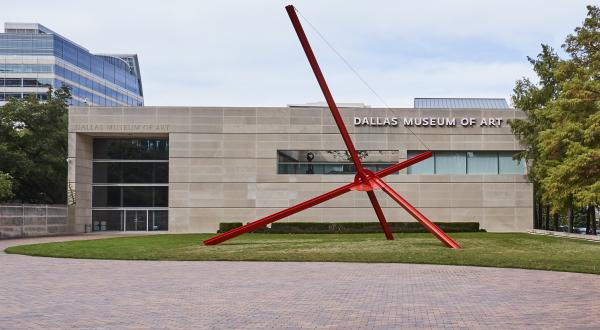 While the DMA did not specifically mention a bomb threat in its social media communications, WFAA and the Dallas Morning News both reported that the Dallas Police Department (DPD) confirmed a person called the museum with a bomb threat at approximately 8:30 am on Sunday, December 4. The building was evacuated and the DPD was alerted. DPD’s explosive ordinance team responded to the situation. After searching the building, they did not find a credible threat and the museum reopened to the public just three hours later than its usual 11 am Sunday opening time.

In its social media post, the DMA stated, “As always, the safety of our guests and staff is our top priority. While we hate to see threats like this occur, we are thankful for the brave men and women of Dallas Police Department and DMA staff who stepped into action on behalf of our community.”

This threat comes on the heels of the recent revelation that DMA security was not aware of an intruder who destroyed approximately $5 million of art when he broke into the museum in June. While initial reports stated that a DMA security guard was alerted to Brian Hernandez’s presence in the museum by a motion sensor, the Dallas Morning News has reported that 911 calls revealed that Mr. Hernandez called the police himself. Following the 911 call, Dallas Police dispatch called to notify DMA security. Mr. Hernandez had already been in the museum for about 20 minutes, had roamed three levels of the building, and had damaged artwork.

Weeks after the June break-in, the DMA made a public statement which offered thoughts on the incident and plans for the future. The statement said, in part:

“This experience has prompted us to further review and assess our security measures and facilities in an effort to better deter and mitigate similar situations moving forward. We take very seriously the duty we have to our patrons, supporters, and the city of Dallas at large to be responsible stewards of the invaluable art in our care… we are moving forward to hire a third-party security consultant to ensure our security measures exceed best practice standards.”

Since that time, no further information about the museum’s actions to adjust its security procedures has been made public.

Octavio Medellín: Spirit and Form at the Dallas...