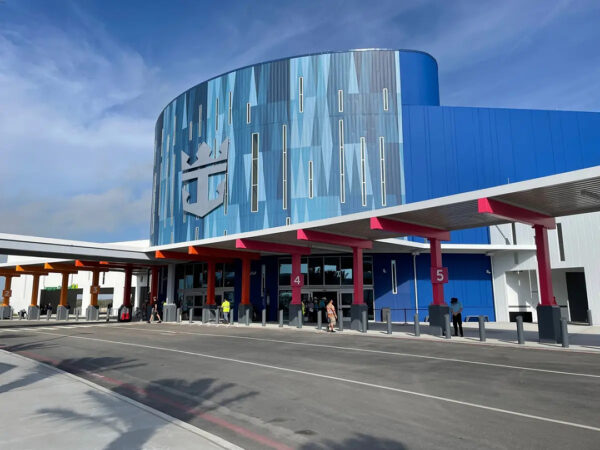 The $125 million terminal allows Royal Caribbean to bring in Oasis Class ships, some of the biggest cruise ships in the world, to Galveston. Architects Bermello Ajamil & Partners Inc. designed the 161,300-square-foot LEED-certified building. 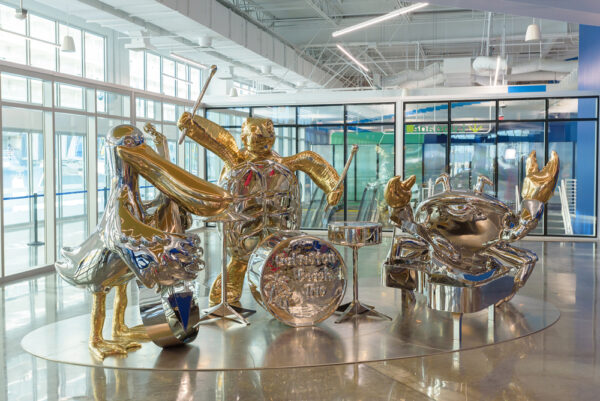 The new sculpture, Galveston Beach Trio, pays homage to the island’s musical heritage, which includes Galveston-born Grammy Award-winning singer and songwriter Barry White, as well as musicians Joyce Fields, who played piano for more than 18 years during Sunday brunch at the Hotel Galvez, and Joe Pena, a local guitarist known as the Granddaddy of Galveston Rock and Roll. As the sculpture features a human-sized pelican, sea turtle, and crab playing in a band, the connection between these specific musicians and the sculpture may not be immediately clear to passersby, but a nearby plaque provides details about Galveston’s rich music history.

In a press release announcing the new port and sculpture, Joshua Carroll, vice president, Destination Development, Royal Caribbean Group stated, “Showcasing the history and culture of Galveston was our top priority in establishing this art installation in our new terminal, and we’re thrilled to partner with Brad Oldham Sculpture to bring this vision to life.”

The Royal Caribbean Group worked with Houston-based Piper Faust Public Art to pull together a group of artists to consider for the opportunity. Ultimately, the design by Mr. Oldham and Mrs. Coltrin was selected. The duo specializes in narrative-based sculpture and site-specific installations that capture the character and energy of a place. 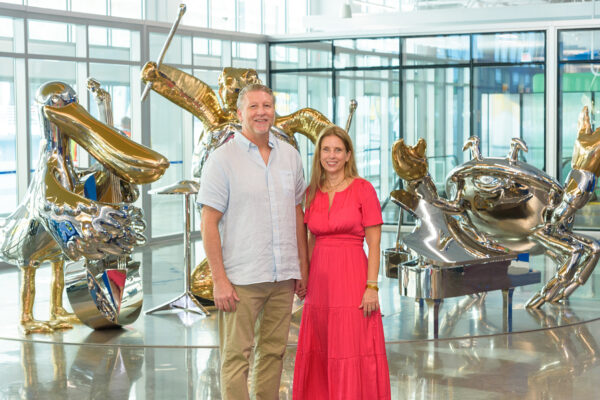 Mr. Oldham remarked, “We are honored to create a permanent installation that cultivates the vacation vibe with an approachable music theme using native animals to make up the band. It is exciting to think that the Galveston Beach Trio may make it into family vacation pictures to capture the special time together.”

Mrs. Coltrin added, “Galveston is particularly meaningful to me because my grandfather was a 1925 graduate of Ball High School before attending Texas A&M University. He had a private architecture practice in Galveston in the 1940s. I think that he would like to know that his granddaughter helped create a sculpture celebrating his hometown.”