The Museum of Fine Arts, Houston (MFAH), which after its recent expansion is now the twelfth-largest art museum in the world, has reopened its Hirsch Library. The new prominent location, in the Beck Building’s lower level, was formerly occupied by the MFA Cafe. According to the museum’s website, the Hirsch Library, along with the Kitty King Library and Study Center at the museum’s Bayou Bend campus, makes up the largest art museum library in the South Central United States. The Hirsch collection alone contains over 200,000 books. This non-circulating library is free and open to the public for research and perusal, Wednesday through Friday 11 am – 5 pm and Saturday noon – 5 pm. 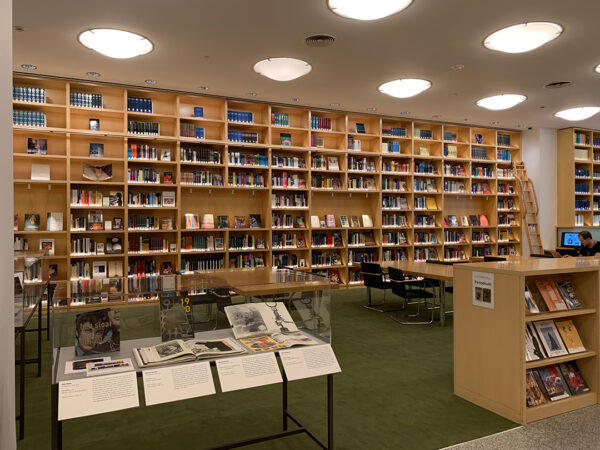 Interior of the Hirsch Library at the Museum of Fine Arts, Houston

According to a report from Houstonia Magazine made near the beginning of the library’s move this past April, the new space’s reading room is double the size of its previous iteration, which was in a small space on the first floor of the museum’s Caroline Wiess Law Building building. In that article, Hirsch director Jon Evans spoke excitedly about the increased exposure that the library would receive in its new location. Much of that exposure should come via the Hirsch’s new facade, which is a swirling, curved glass wall near the Beck Building’s basement escalators, adjacent to the James Turrell-designed tunnel. Behind the windows sit a circle of chairs surrounding To Die Upon a Kiss, one of artist Fred Wilson’s large-scale glass chandeliers, which has hung in the same location since it was a restaurant. 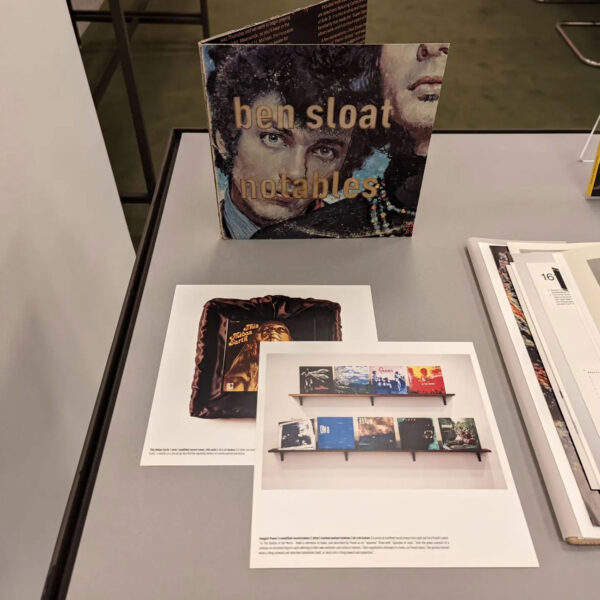 “(Un)making the Book: Artists and Repurposed Materials” on view at the MFAH Hirsch Library

Hirsch patrons may also encounter a series of art exhibitions related to the library’ rare book holdings. An exhibit called (Un)making the Book: Artists and Repurposed Materials is on view now through the end of the year. According to the Hirsch’s website, the exhibit investigates the idea that “printed matter is never a ‘finished’ product, but rather a stepping stone toward further creation and experimentation” through an array of altered books and printed matter.

For more information about the Hirsch Library, and to browse their catalog, visit their website.