Open Call: Big Medium Broadens Scope of LINE Residency to Include Artists From All of Texas

Austin’s Big Medium, a contemporary arts nonprofit, and the LINE Austin, which refers to itself as “a community-driven hotel,” have announced an open call for the 2023 LINE Residency. For the first time since the residency’s inception in 2019, artists from across Texas are able to apply. Previously, only Austin residents had been eligible.

According to a press release, two out of six residency spots will now be used “as means of highlighting Austin’s wonderful hospitality to artists,” including “those residing outside of our city limits making important art.” The call is open from October 17 until December 6, 2022. 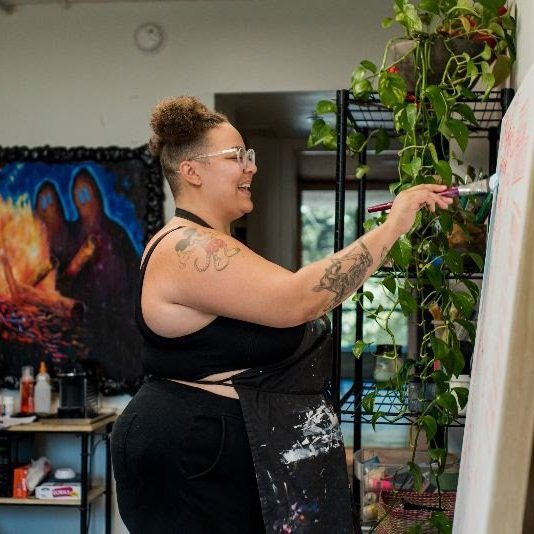 If selected for the residency, artists will be given six weeks of access to a private 355-square-foot studio, and a living space in the LINE Austin Hotel, which is located in the city’s downtown on Cesar Chavez Street. During their stays, artists are required to hold open studio hours and host one public event.

According to Big Medium’s website, “while in residence, the artists are encouraged to share their work and process and become involved with the hotel, its guests, and the local arts community.” This year’s residents were VLM (Virginia L. Montgomery), Hannah Lee, Charles Ben Russell, Alexis Hunter, Amanda Fay, and Kevin Muñoz.

Applications for the program will be selected by Big Medium Curator and Director of Programming Coka Treviño, who has also served as a juror on other Big Medium efforts, including the Tito’s Prize and the Desert Door Residency. All applicants will be notified of the results by email in January of 2023. To apply, review the guidelines, and submit an application here.