Last month, as the North Texas area took on over ten inches of rain in a few short hours, the Dallas Museum of Art (DMA) sustained damage to two of its galleries. 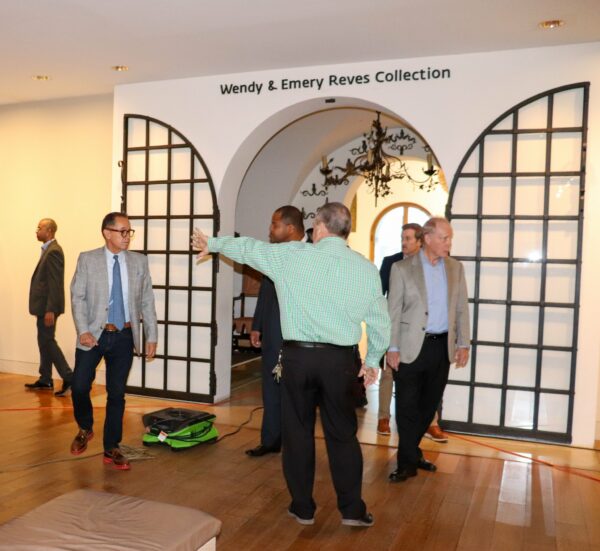 The Wendy and Emery Reves Collection, which consists of 19th and 20th-century European paintings by artists such as Pierre-Auguste Renoir, Edouard Manet, and Camille Pissarro and other decorative works, is situated on the second floor of the DMA. It is housed in a 16,500-square-foot gallery designed specifically for the works. Each gallery within the space is a reproduction of a room from the Reves’ home, La Pausa, in southern France. The villa was originally owned by Coco Chanel, and was purchased by the family in 1953 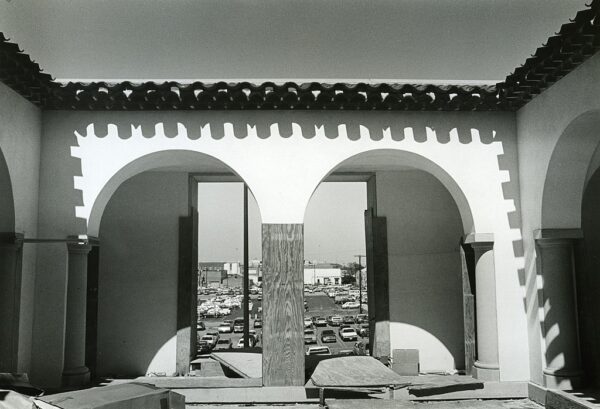 The gallery space at the DMA includes a reproduction of the villa’s courtyard, which is open to the elements, and likely contributed to the flooding issues. When Glasstire reached out to the DMA for an official statement about the recent flooding, a museum representative shared the DMA’s social media posts and a link to WFAA Channel 8 News’ video coverage of the damage. According to WFAA, the Reves galleries took on eight inches of water. While artworks were not damaged, walls, floors, and ceilings within the space have been significantly damaged by the water. 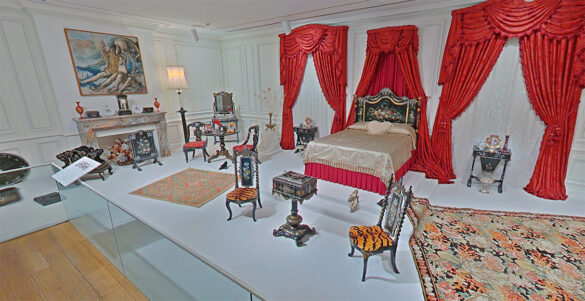 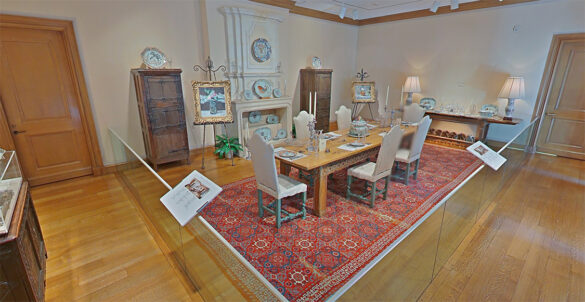 The Center for Creative Connections (C3), a 12,000-square-foot interactive gallery space with studios and offices, sits directly below the Reves Collection galleries, and consequently took on major damage from the flooding. Parts of the C3 ceiling collapsed, and some areas of its wooden floors have buckled. While the C3 functions as an educational space for visitors of all ages, selected artworks are also displayed in the space; none of these works appear to have been damaged. 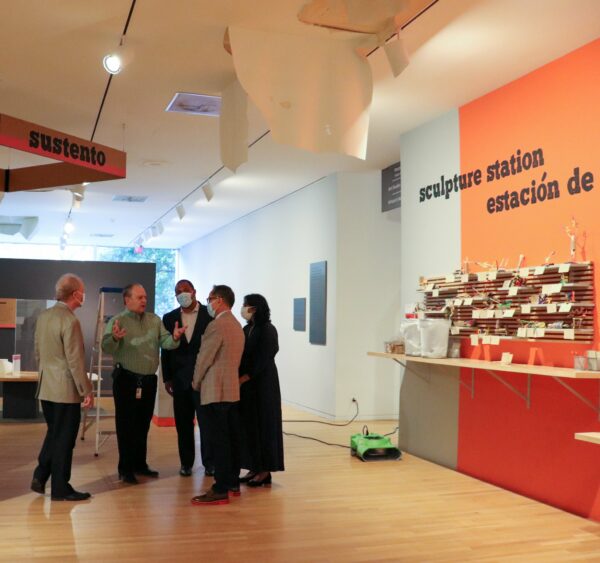 Museum and City of Dallas employees walk through the Dallas Museum of Art Center for Creative Connections.

As the City of Dallas owns the museum’s building, Mayor Eric Johnson and Councilman Paul Ridley toured the space after the flooding. The total cost of the flooding damage has not been announced. There is also no timeline for reopening of the galleries or the C3 — on August 23, 2022 in social media posts, the museum stated that the galleries “will be closed until further notice.”

Programming originally scheduled to take place in the C3 Studio will continue as scheduled in the DMA’s Founders Room, an event space that has been used as a studio in the past when the C3 was closed for renovations.