International Creatives to Participate in Marfa Residency this Fall

Villa Albertine was launched in 2021 with permanent locations in ten U.S. cities, including Atlanta, Boston, Chicago, Houston, Los Angeles, Miami, New York, New Orleans, San Francisco, and Washington, D.C. In its first year, November 2021 to December 2022, Villa Albertine will place 80 residents across its ten locations for one to three-month residencies. Though a majority of their residents are French, some are people of other nationalities who live in the country. These creatives span a wide range of expertise, including visual arts, art history, literary arts, performing arts, music, geography, and astronomy. Some topics that residents will address in this inaugural year are: rethinking the future of history museums, engaging with artificial intelligence, exploring the dystopian universe of Silicon Valley, and feminizing the imaginary of space exploration. 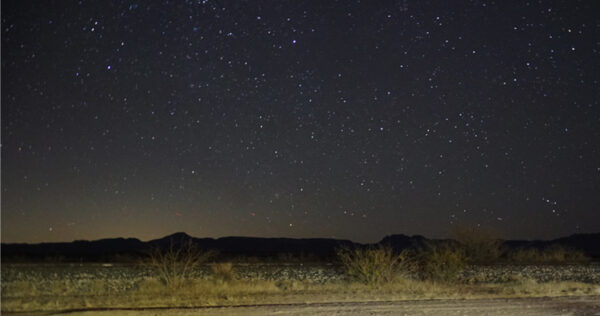 How can we deconstruct our collective imagination of outer space? Can we nurture a thirst for exploration without feeding the hunger for conquest, territory, and appropriation?

For various reasons, the small west Texas city of Marfa is an apt place to explore these questions. As a town devoid of light pollution, it is a place where stars fill the night sky; the McDonald Observatory is also less than an hour north of the city. Marfa is also steeped in lore, with accounts of mysterious colorful lights appearing on the horizon at night, dating back to the late 19th century.

The Marfa iteration of the program will take place from October 5 to November 5, 2022 and will include four international residents. The artists and researchers are Léa Bismuth, a French author and curator; Vanessa de Campo, a Spanish filmmaker and aerospace engineer; Elizabeth Hong, an American designer based in France; and Jean-Philippe Uzan, a French National Center for Scientific Research (CNRS) research director.

In a press release announcing the program Mr. Bruel stated, “In 2022, the appropriation of geographies and resources is an existential issue. This residency is an opportunity to zoom out and imagine a different approach to the worlds around us, both terrestrial and beyond. Marfa is a perfect environment for this work, combining dark skies with a brilliant and diverse cultural scene. We are overjoyed to welcome these four artists and researchers to Marfa, and to soon discover what new explorations and international collaborations their work inspires.”