Earlier this year, Meow Wolf, a Santa Fe-based arts and entertainment company, announced that two new permanent projects will open in Texas in 2023 and 2024. Recently, Meow Wolf announced the names of over 40 Texas artists who will be collaborating on the Grapevine location (a suburb between Dallas and Fort Worth), which is set to open next year. 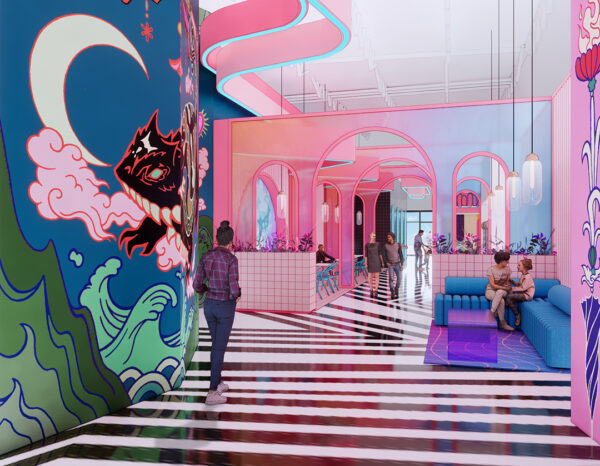 This newest project will be inside Grapevine Mills, a large shopping mall that originally opened in 1997. The 29,000-square-foot exhibition space will consist of 30 rooms filled with installations by the Texas artists, in collaboration with over 30 in-house Meow Wolf artists.

In a press release announcing the collaborating artists, Han Santana Sayles, the company’s Director of Artist Collaboration stated, “Our goal with curating collaborating artists is to engage in a meaningful dialogue with the artistic voices of Texas, with a focus on North Texas, home to our newest exhibit. To accomplish this, we intentionally invited a diverse array of over 40 hyper-talented Texas artists to freely create works about any topic of their desire. These collaborators range from emerging to mid-career and all share an excellence in their craft as well as uniquely distinct aesthetic perspectives.”

Ricardo Paniagua told Glasstire, “Meow Wolf’s involvement in uplifting Indigenous people and all around inclusivity highlight everything that I’m about as an artist and human being. It was very natural for me to want to be involved in growing creatively with the collective.” 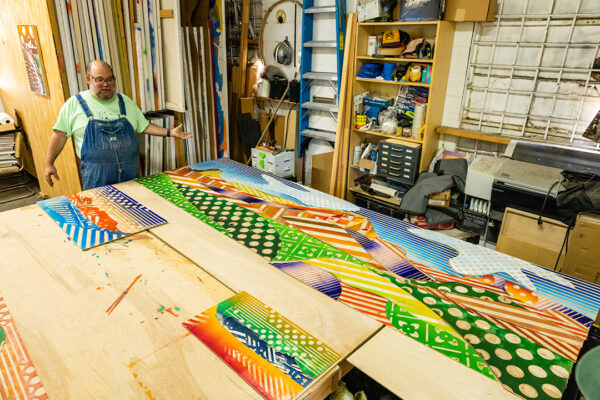 Zeke Williams said, “Meow Wolf has been really fun despite being a fairly detail oriented organized process. My part of the whole is relatively small, but they have put so much care, time, and resources into making sure everything is right, while giving me artistic freedom to do what I want. I’m excited to be in front of audiences that would be unlikely to come to an art show at a gallery.”

Ms. Santana-Sayles added, “The topics [the artists] will be exploring in their artwork in Grapevine will range from alien topography to figurative metaphors of race, culture and gender, and sometimes both. At Meow Wolf, we opt to tell stories about our world and worlds beyond through nuanced, timeless science fiction and I hope the guests will take the time to explore this cohort of artists along with the deeper meaning behind the work that they have created with us.” 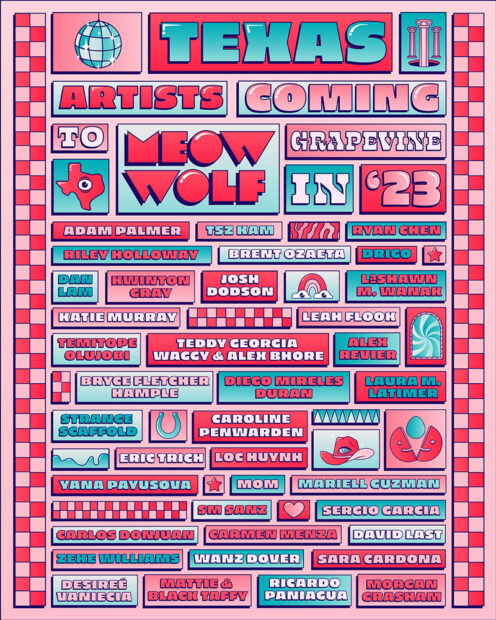 Checking in With: Zeke Williams