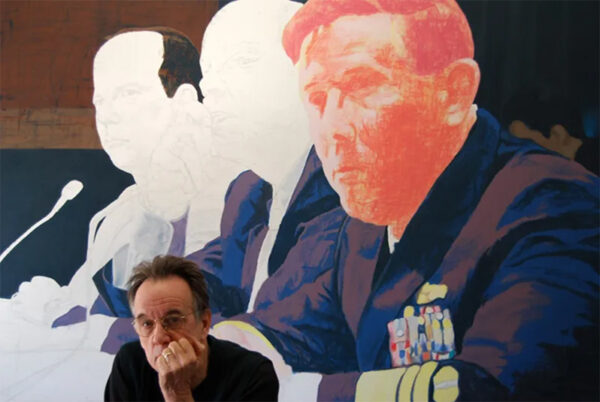 Ed Blackburn, seated in front of a painting in progress. Courtesy of Rachael Blackburn Cozad.

A significant presence in the art world since the 1970s, Edward (Ed) Madison Blackburn III died peacefully of natural causes on July 31, 2022. He was preceded in death by his wife, the artist Linda Blackburn, on January 2, 2022. 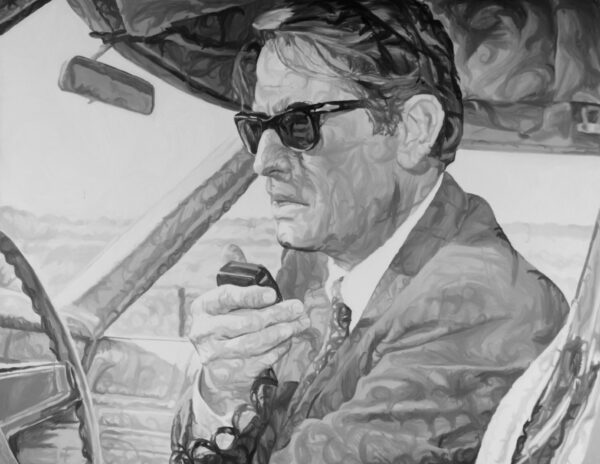 Mr. Blackburn was primarily known as a painter, but he also worked as a printmaker, writer, poet, musician, and filmmaker. While he is most closely associated with the Photorealism and pop art movements, and his work frequently employed images from various types of popular media (including many pieces which draw on film stills), overall his work defies categorization. 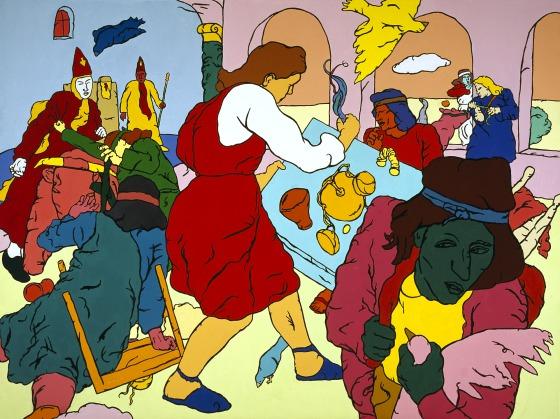 In a 1990 ARTFORUM article, Dallas writer and collector Charles Dee Mitchell wrote about Mr. Blackburn’s biblical pieces: “Blackburn does not tackle major theological mysteries in these paintings. He forgoes the nativity, crucifixion, and resurrection in favor of those stories that are childhood favorites. He gives us David and Goliath, 1987–88, Cain and Abel, 1988, and Joseph and the Pharaoh’s Dream, 1989, rendering them in a bright, coloring-book style. This approach seems calculated to return us to when we first learned the stories, only to remind us of the distance that now separates us from that time.” 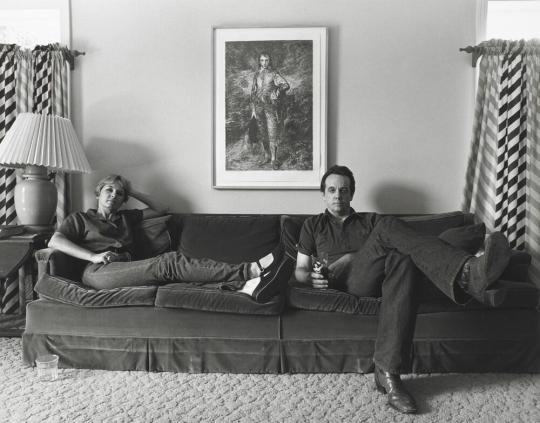 Born in 1940 in Amarillo, Mr. Blackburn attended The University of Texas at Austin where he received a BFA in Painting (1962) and met his future wife, Linda. In 1965, he earned his MA in Painting from the University of California, Berkeley, and was reunited with Linda who was in the same graduate program. After graduating, the couple moved to Fort Worth where they both taught painting at the art school at the Fort Worth Art Center, which would later become The Modern Art Museum of Fort Worth. During the 1970s Mr. Blackburn established a studio he referred to as the Main Street Image Company in downtown Fort Worth. There, he frequently collaborated with studio mates and fellow Texas artists Vernon Fisher and Jim Malone. 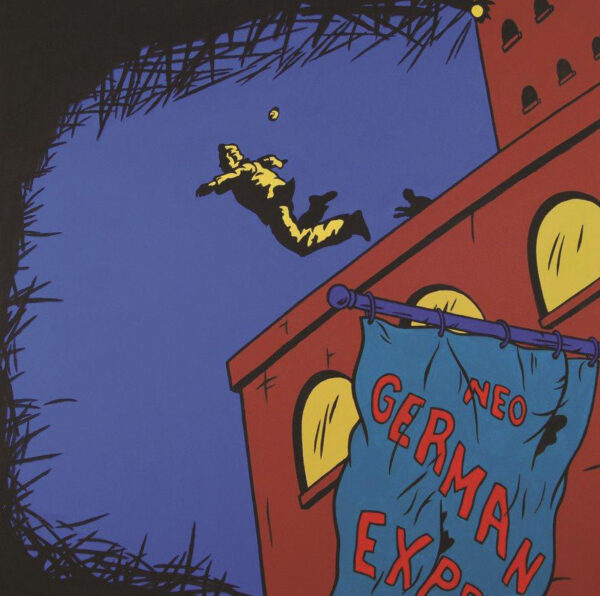 Mr. and Mrs. Blackburn collaborated on many projects, including a group of paintings produced in the 1990s broadly known as The Adventures of Eddie Leon, which they made under the pseudonym Ray Madison. In 2007, they produced a feature-length film, The Lonesome Utrillo, in collaboration with the artist Brian Fridge.

Mr. Blackburn was a mentor and friend to many, and his presence in the state’s art community will be deeply missed. He taught painting and drawing at the University of North Texas in Denton for over 20 years.

One of his students, New York- and Houston-based artist Howard Sherman received his MFA from UNT in 2006. He told Glasstire about Mr. Blackburn: “It’s rare, but I think that we all have a few times in our lives when things feel like they truly line up. My experience as one of Ed Blackburn’s students was one of them. I took several classes with him and I always left his critiques filled with enthusiasm, charging back into my studio. His thoughtful approach and careful insight were contagious. We remained friends for quite some time after graduation, often meeting for lunch when I passed through Fort Worth. In short — he taught me how to see in a different way. Profound.”

During his long career, Mr. Blackburn was awarded two National Endowment for the Arts awards for painting, and in 2006 he was awarded the Distinguished Texas Artist Award from the Fort Worth Community Arts Center. As both a prolific artist and a longtime educator, Mr. Blackburn leaves a lasting legacy on the North Texas art scene and beyond.

Thank you Rachael Blackburn Cozad. I was always a fan of Ed’s work, but came to love him during the time he spent in San Antonio in the nineties. There were a few lovely hangs, including a trip together to see a Cowboys game which lasted over four hours in double overtime, ending after midnight. Thank you Ed.

I will miss Ed. Thank you for the thoughtful discussion about his history and his work. I am grateful that he was my colleague while he was at UNT. My sincere condolences.

He was an amazing artist and human being! One of my hero’s. I will miss him.

I was pulled into the Blackburn orbit in the mid-1980s. Both Ed and Linda were influential artists and mentors to me and many others for decades. Ed always offered encouraging and constructive criticism when I requested and needed it. Along with many others, I admired his art work and felt Ed was always subtly ahead of the game with each new phase even better than the last.

Ed and Linda were gentle souls who were always kind and genuinely sincere when talking to you. I had the good fortune and honor to organize solo shows for both. During the process I discovered how undemanding and appreciative they were for everything you did for them—they made YOU feel special.

I’m glad I was drawn into that orbit to meet the two wonderful people at the center.

I always loved both Linda and Ed, for their art, which was amazing, but also for their deep friendships. An amazing couple and a huge loss for us all. Sending love to Rachael.

The art world is a sadder place without Ed.

I had the privilege of seeing Ed’s “doodling” at Sam Houston Jr. High School — and later at Amarillo High School in Amarillo. Greatness was to follow.