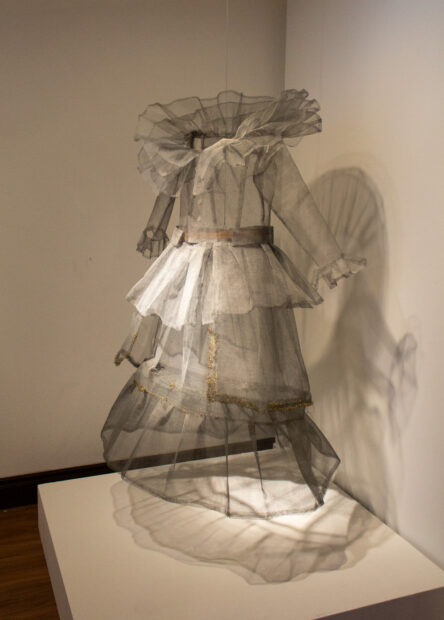 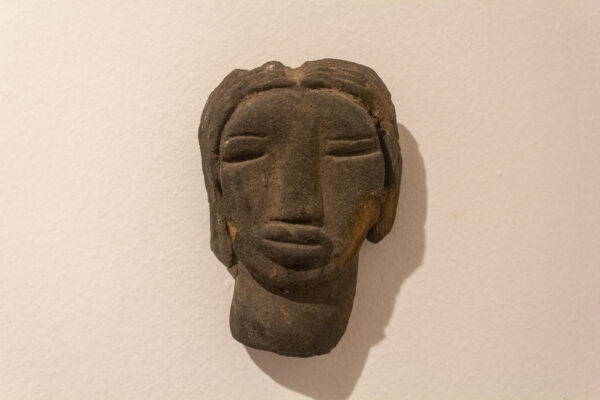 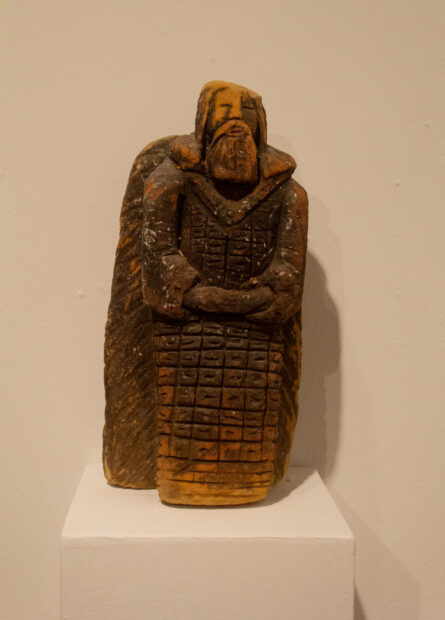 Fire! The Resurrection of Mr. Imagination at the African American Museum Of Dallas, August 4, 2022–January 7, 2023

Gregory Warmack, better known by his artist name and persona Mr. Imagination, created work for this exhibition using bottle caps, brooms, and industrial sandstone. Pieces in the show primarily include motifs of self-portraiture, which are carved in sandstone, and the ouija eye (a kind of “evil eye,” which appears as a simplified eye form). The main event that contextualizes this body of work is a fire that ravaged Warmack’s home in 2008. He died shortly thereafter in 2012 at the age of 46. Warmack’s fire-scorched door is on view as part of an altar installation at the rear center of the exhibition, and it certainly paints a picture of what the devastation must have looked like.

The exhibition’s catalog places Warmack’s legacy within the historical context of the Great Migration, in which many Black families (including Warmack’s) fled the south to relocate to the Chicago area between 1910 and the 1970s. Warmack’s practice as an artist was challenged by personal injury during his time in Chicago; a gunshot wound in 1978 put him into a coma, during which he alleges he visited ancient Egypt and met with African Kings. After six weeks, he awoke and was transformed into the artist Mr. Incredible. His visionary work of totems and pan-African symbols are the product of a prophet speaking his mind, and it is fascinating to see them with the addition of a thick crust of ash. Sculptures inevitably accrue patina over time, but these works have had their surface made darker by the sudden introduction of flame and smoke; and the pieces that have been burned have a richer texture and color. The transformation of Warmack’s work by fire mirrors the ecstasy of his vision. 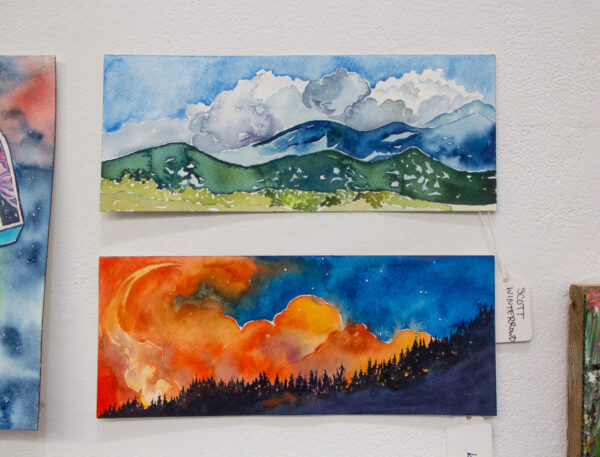 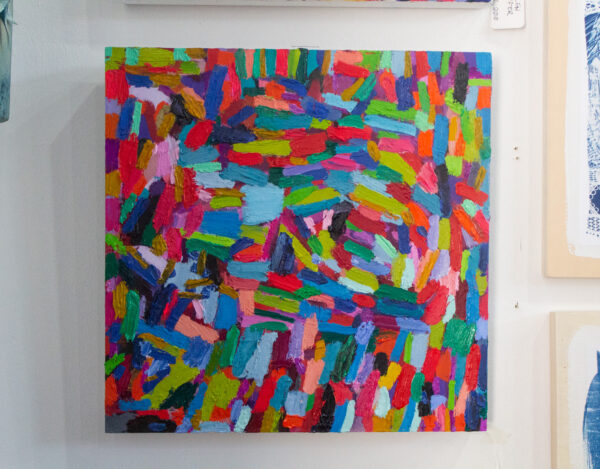 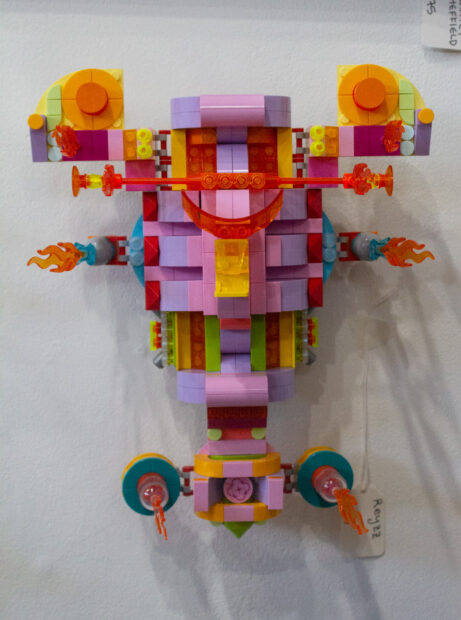 The eighth iteration of this salon-hung group show featuring a massive list of local artists is yet another offering from Ro2 that illustrates the gallery’s proximity to Dallas’ community. While the annual invitational show took a two-year pandemic hiatus, it has returned in flying colors to exhibit a survey of what the city’s artists, both represented by galleries and not, have to offer. Over 150 artists contributed pieces that are small and affordable, resulting in a showcase of fresh art from many on Ro2’s rotating roster, including Alex Revier, Suguru Hiraide, Cheryl Finfrock, and others. The size of the pieces is meant to keep the work accessible; much of what is shown here is priced at $100-$200. CHAOS! is always an exciting time to see what Ro2 has to offer, and it serves a bombastic assortment of North Texas art. 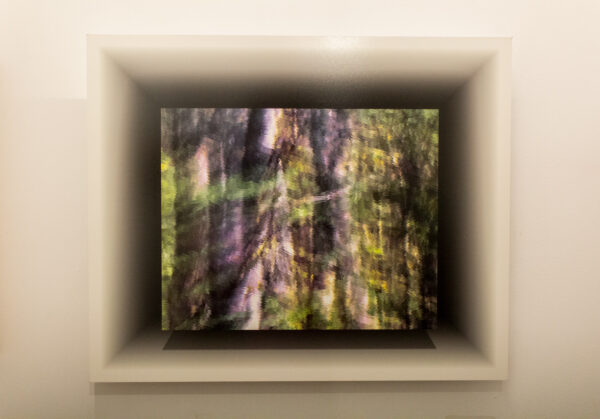 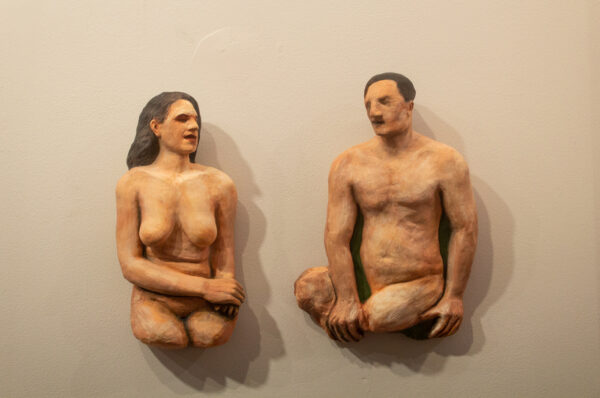 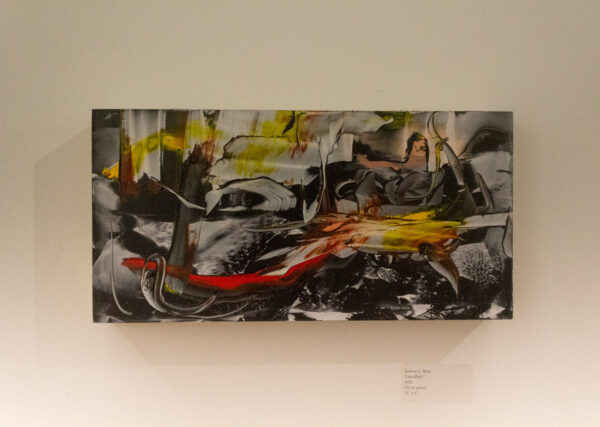 The MAC’s location next door to Ro2 Art means that most opening nights are a delightful two-step in the Cedars neighborhood. This year, the nonprofit’s membership exhibition features many of the artists shown at CHAOS!, but with a conventional gallery hang compared to the floor-to-ceiling cavalcade of Ro2’s salon exhibition. I highly recommend seeing both shows, because whereas CHAOS! is unbridled and immediate, Refuge is a more steadied exhibition, which similarly speaks volumes about the state of local artists.

Jeanne C. Neal’s Lava Bath is the kind of painting that we need after a long two years of political and social turbulence: aggressive and hot. Paul Abbot’s UF-#22.7.5.M17 speaks to my net-art sensibilities, and is a welcome relief from the months of canvas-only painting shows recently in Dallas. Dwayne Carter’s His / Hers is an innovative figure display; in it, two painted, nude ceramic figures sit next to each other but apart, as if in conversation. Refuge, like CHAOS!, is also an annual show, but it only invites members of the nonprofit exhibition space to showcase works from their growing art practice. Having this continuity return to Dallas is always a good sign. 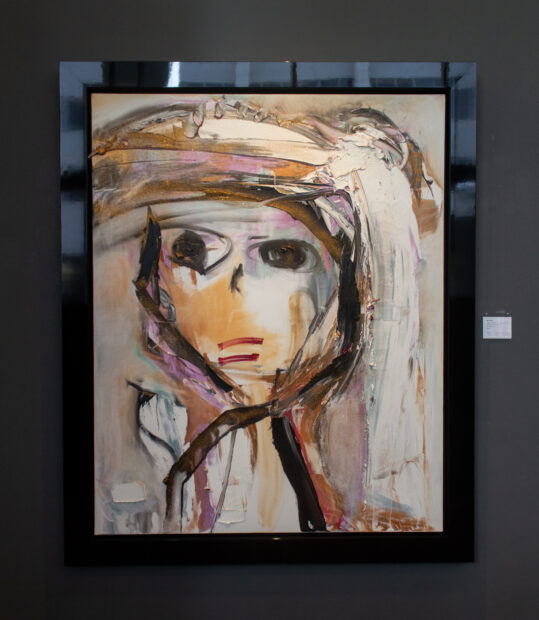 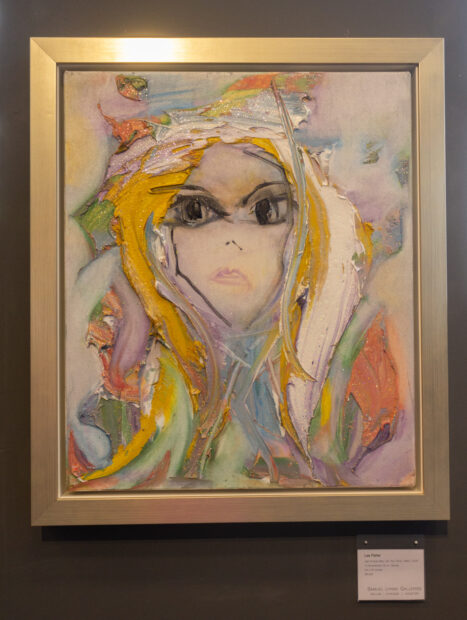 In the downtown location of Samuel Lynne Gallery, the space’s co-owner, JD Miller, has a few pieces on view which demonstrate Reflectionism, an impasto painting style he invented. Reflectionism has two tenets: it follows the law of attraction, which Miller describes as “the belief that by focusing on positive or negative thoughts, a person brings positive or negative experiences into their life,” and it also includes the translation of that experience into art on canvas.

Miller’s wife, Lea Fisher, has adopted this style as well, and shows her portrait and abstract work imbued with diamond dust alongside Miller’s pieces. Fisher sometimes describes her paintings of wide-eyed femmes as “ethereal.” I can understand that reading, as the color palette is light and the figures are demure. However, these paintings also may draw from Fisher’s experience as a psychotherapist — her painted faces may be hiding secrets, or they might be just moments away from revealing them.