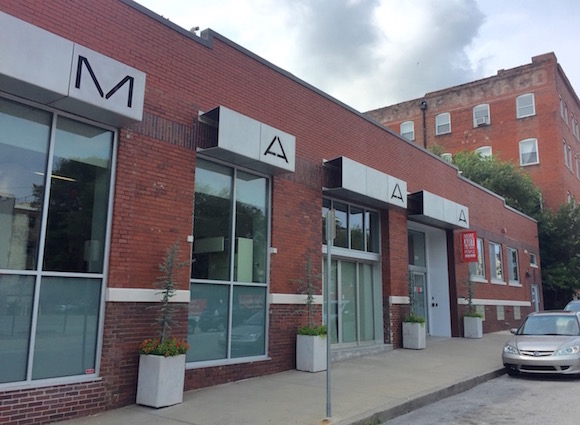 The Mid-America Arts Alliance (M-AAA), a Kansas City-based arts nonprofit that, according to their website, “focuses on strengthening communities and improving lives through extraordinary cultural experiences” in Arkansas, Kansas, Missouri, Nebraska, Oklahoma, and Texas, has announced the recipients of their 2023 Artistic Innovations Grants. Funded by the National Endowment for the Arts, these grants provide up to $15,000 each to artists and nonprofits across the region.

This year, six Texas-based projects are among the 19 awardees. These include the Houston-based Kinetic Ensemble, Sonny Mehta and Riyaaz Qawwali, Public Poetry, and Art League Houston, as well as Austin’s Glass Half Full Theatre and Allison Orr of Forklift Danceworks.

This is the fourth M-AAA grant for Allison Orr’s Forklift Danceworks, a collaborative ethnographic dance company out of Austin. The company will receive $15,000 for their project Dances for a Watershed, which involves creating a site-specific dance inspired by the conservation work of the Austin Watershed Protection Department. Dances for a Watershed will premiere at Waterloo Park in downtown Austin from November 10-12 of this year. Another recent Forklift performance, Dances for Dogs and the People Who Walk Them, was recently covered by Laura Moya Ford for Glasstire.

Glass Half Full Theatre, a performing arts organization in Austin that, according to their website, creates “multilingual devised works featuring puppets and humans that highlight themes of social & environmental justice,” will receive $15,000 toward the production of a new performance titled Yamel Cucuy. According to a press release from M-AAA, “[Yamel Cucuy] features a blend of shadow puppetry with three-dimensional rod and wearable puppets alongside human actors. The performance tells the story of thirteen-year-old Yamel, an undocumented immigrant in hiding. This coming-of-age story features folkloric characters that haunt and guide her through her journey.”

Art League Houston (ALH) is a multi-faceted artspace and one of Houston’s oldest nonprofit organizations. They will be awarded $15,000 for a new project entitled PLATFORM, which will provide artists with the opportunity to exhibit large-scale works on a billboard-type platform outside the ALH building. This is the latest in a long series of opportunities for artists provided by ALH, which at certain points throughout the year puts out an open call for exhibition proposals, and regularly honors the achievements of individuals within the Texas visual arts community.

Public Poetry is a Houston-based creative writing organization that, according to their website, “put[s] hundreds of poets in front of thousands of people at libraries, colleges, theaters, museums, music venues, and more.” M-AAA will award $7,600 for Public Poetry’s work showcasing Deaf poets. According to the press release from M-AAA, “the creativity of Deaf poets using ASL is exciting to watch.”

Sonny Mehta and Riyaaz Qawwali will receive $15,000 to develop The Female Divine. This performance marks the first time a female vocalist, Chandrakanta Courtney, will headline the Riyaaz Qawwali ensemble. The ensemble, based in the Houston suburb of Friendswood, is composed of musicians from India, Pakistan, Afghanistan, and Bangladesh. For The Female Divine, Courtney will collaborate with Riyaaz Qawwali to present the work of female poets, which has never before been sung in traditional Qawwali arrangements.

Kinetic Ensemble is, according to their website, composed of “16 young professional string players committed to amplifying diverse, under-represented, and newly composed classical music to communities in and beyond Houston.” Kinetic will receive $8,600 from M-AAA for Her: A Concerto for Violin, Dancers, and Chamber Orchestra. Korean American composer Nicky Sohn will be commissioned to compose the concerto. Sohn has previously worked with institutions including the Stuttgart Ballet, National Orchestra of Korea, St. Louis Symphony, Minnesota Orchestra, Sarasota Orchestra, Aspen Philharmonic, and New York City Ballet. Via the press release from M-AAA, “the choreography of the twenty-minute concerto is inspired by clients of the Women’s Home Houston, a rehabilitation and support center for women overcoming addiction.”

This is just the latest round of funding provided by M-AAA, which also recently awarded over $1.1 million to regional arts organizations earlier this year. For more information on the latest recipients, visit the Mid-America Arts Alliance website.

Forklift Danceworks: “Dances for Dogs and the People...