“How Hard Could It Be?”: An Interview With Documentarian Henry Horenstein 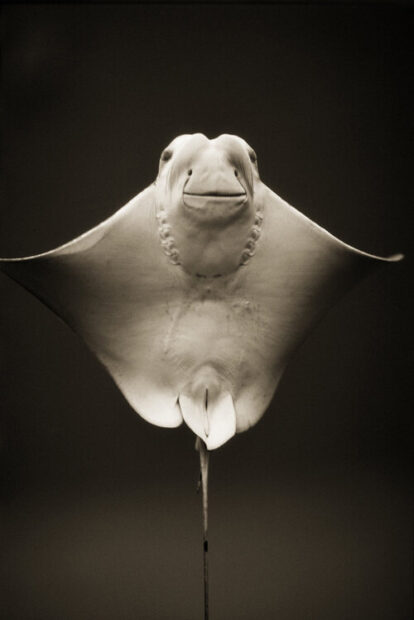 Shoot what you love, says photographer and filmmaker Henry Horenstein. And for more than five decades, Horenstein has loved shooting stories. The Boston-based photog — who teaches at Rhode Island School of Design and is the author of over 30 books — has trained his lens on a variety of subjects, from horse racing in Upstate New York to honky-tonk deep in the heart of Texas. For the first half of August, Austin’s grayDUCK Gallery will be presenting a selection of photos from his book Animalia: 1995 – 2001 (Pond Press, 2008), along with two screenings of his recent film Blitto Underground.

Horenstein, who originally hails from New Bedford, MA, a Melvillian New England port that was once the whaling capital of the world, went in search of another wailing capital — for country music — starting in 1970s Nashville, and later, Austin. This is not Horenstein’s first rodeo: in 2012 he exhibited a series of photos at grayDUCK based on his book Honky Tonk, republished that same year by WW Norton. In 2014, he made a documentary short titled Spoke, about Austin’s famed Broken Spoke dance hall.

In Animalia, however, the photographer has swapped out musicians for marine life and other creatures, capturing his new crew of superstars in black and white, with a touch of Old Hollywood glamour. I had a chance to speak with Horenstein about his work and about teaching, shooting film versus digital, and why Kinky Freidman got it right with his 2006 Texas Governor campaign slogan, How Hard Could It Be? 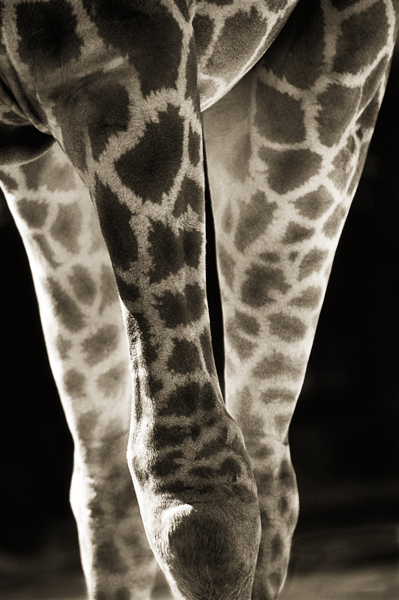 Barbara Purcell (BP): Your Animalia: 1995-2001 pictures have a dreamy vaseline-on-the-lens 1940s Hollywood quality. How did you decide on this particular mood?

Henry Horenstein (HH): By accident, of course. I wanted to take these animals and put them in a studio like Richard Avedon might. In an aquarium, it’s shooting fish in a barrel! They go around and around, and you can find ways to minimize the background. Shooting with film in those days, you almost always looked for more light — light was a premium. I used two Canon lenses, including one with a slightly longer focal length to maximize the light, but there was no depth of field at all. Whatever you focused on, that was it. I also shot with macro lenses, which allow you to get up close, but they don’t open up very wide in dark situations — so I added closeup filters. That’s where you get the softness, which was not intentional. Those lenses are not that great optically, but you do get this weird vignetting effect.

BP: Of all the animals, which one was the biggest Hollywood diva?

HH: Absolutely, hands down, the octopus. Not only is it the smartest animal in the world, it’s very shy. I was in an aquarium in Maui and there was suddenly all this commotion. A bunch of kids were going crazy because this octopus was out in the open, so I ran over and shot him before he went back into his hiding place. I really love those pictures — they’re really plain — I didn’t want any background or foreground.

BP: Shooting Animalia with film produced wondrous results. Where do you stand on digital?

HH: I agree, the look is fabulous. The digital camera look is also fabulous, but it’s a different fabulous. It’s the SD versus HD thing, I think. I always go to SD [Standard Definition] if I have a choice. I just like the softer look. I come from the Ansel Adams days when all the students, including me, were crazy about tonality and the zone system and this and that; these days, it’s what software you’re using. It’s almost impossible to make a mistake with digital cameras in terms of exposure and focus; all of those things that were so important to my generation don’t really matter anymore. I shoot all digital now. I still have a darkroom, but I rarely use it. The first time I did digital prints in my department with my assistant, I showed them to my colleague Steve, to see what we could do to make them better. And he said nothing. I think with all his knowledge, which is way beyond what I got, it’s not that hard. It’s like Kinky Friedman’s campaign slogan when he ran for Governor of Texas in 2006: How Hard Could It Be? [laughs].

BP: What do you enjoy most about teaching?

HH: I love it all — except the part about giving back. I don’t mean to be flip about it, or maybe I do. I like some selfish things: I can stand in front of a group and people actually listen to me. And I get a lot of help down the road when students become colleagues. My studio assistant is an ex-student of mine and three of my books have been designed by former students. As a teacher, you make incremental differences — not so much in people’s lives, though everyone once in a while, yes. The one I brag about all the time is Nan Golden. She took three classes with me and then went on to another school and did alright. Other students have gone on to a lot of success and I barely mattered to them, I’m sure; they were going to get there anyway. Robert Rauschenberg said at one point, all the famous painters he knew could have been CEOs of Fortune 500 companies had they gone in that direction. And I think he’s right, somewhat exaggerated, but not too much. 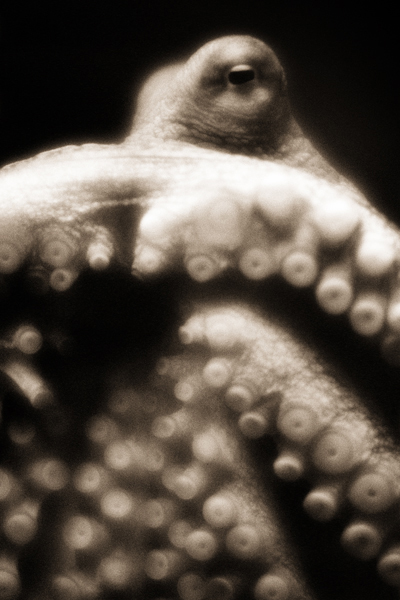 BP: You’ve been shooting honkey-tonk pics and Americana artists for decades in places like Nashville, New Orleans, and Austin: how does a kid from a New England coastal town get into country music?

HH: My interest in country music started when I was about five. Back then, people listened to the Top 40 hits on AM radio. You might hear Johnny Mathis, Patsy Cline — oh, and Johnny Cash! I was interested then, and still am, in the story songs. Not the love songs — I hated the love songs. The narratives, the murder ballads: Frankie and Johnny and songs about Bonnie and Clyde. I guess there was no love in the mountains [laughs]. I went to college at the University of Chicago where they had, and still have, a folk festival: I was studying history and listening to those songs. I went to study with a very famous historian in England, E.P. Thompson, who wrote about the English working class transitioning from weavers to industrial workers in the early 1800s, and his message to young historians, which he thought I would be, was to preserve those who would go unpreserved. The celebrities and politicians will be remembered, but the weavers won’t be. When I left Chicago and went into photography, I took that lesson with me. I did documentary photography starting in the 1970s and shot country musicians in Nashville. Some jazz and blues, too. Over the years, I found this Texas thing. In the 1980s I was dating a woman in Houston and we’d go to Austin to hear music, and it was exactly what I liked because in Nashville they were starting to lush it up. In Texas, they played it the old way.

BP: Why did you start photographing animals?

HH: Animalia and the book I did afterward, Humans, are shot in a similar way. They’re kind of mid-life crisis books. At a certain point, documentary photography gets hard: traveling, uncooperative weather, people being pissed at you — I got fed up with it. I started shooting animals and liking it, and I had attention from commercial galleries for the first time. I actually just judged a contest for A Smith Gallery in Johnson City, which had an animal theme. In the juror’s statement, I wrote that when I started doing pictures of animals, I looked for ways to stand out: brown and white, close up — really close up in certain cases — very grainy, the blurry dreaminess on the edges at times. Those are some of the qualities I looked for as the judge, the idea of doing something a little different. 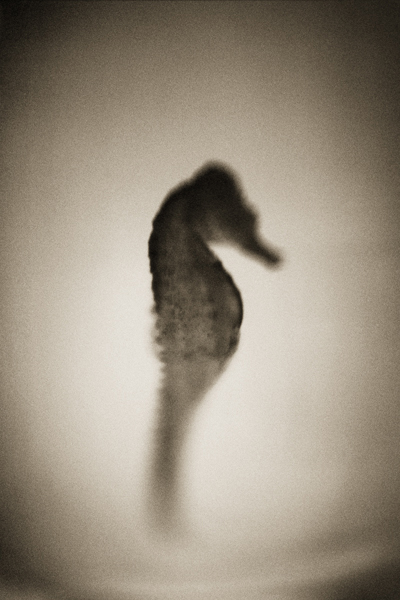 BP: In addition to Animalia, you’ll be screening your 2021 film Blitto Underground at grayDUCK. How did you get into filmmaking?

HH: I always wanted to make films, and when digital technology came along it started to look possible to self-fund or get grants. As Kinky said … how hard could it be?? Hard! I ended up making a film on the Broken Spoke; a short film, 20 minutes. Then I made another called Partners, inspired by Martin Bell’s film Prom, where he had couples against a plain background talking about the upcoming prom, but they’re really talking about their hopes and dreams and lives. I thought, I’m gonna do that — I have a lot of friends who are in unusual relationships of one sort of another, who have a different way of looking at relationships. I shot it over seven or eight years and finished it in 2017. For Blitto, I had an exhibit in Buenos Aires, and booked a hotel for two weeks and started filming. You’ll see when you meet him in the film, he’s a very charismatic nutty guy. His day job is as the concierge of a fancy boutique hotel, but at night he’s a drug-and-sex-addled nightclub singer: Electro Pop. He’s a part of the underground bohemia of Buenos Aires. 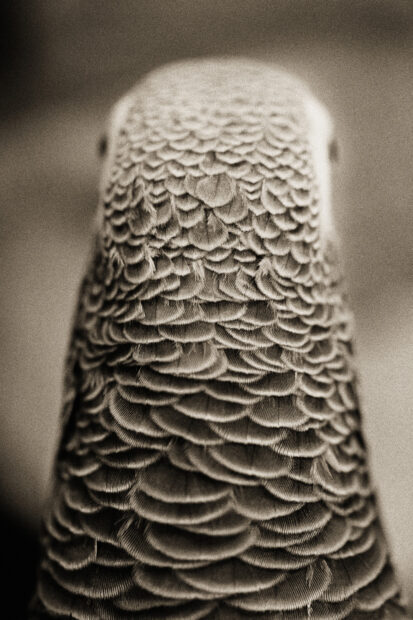 BP: Is there a connection between Animalia and Blitto?

HH: Nope. The connection is this: I go to people I know for distribution. I was in Jill’s [the owner of grayDUCK Gallery] previous space and showed Spoke along with some of my Honky Tonk pictures. So she suggested that we show Animalia alongside this film.

BP: What are you working on now?

HH: A book of photos with the working title Miles and Miles of Texas. It’s Ray Benson’s song, I have to ask him. What I’d really like to call it is something that references the fact that I’m not a Texan. Carpetbagger, but something kinder than that. I think a lot of people around here [Boston] don’t like Texas. But I try to be a little different in my approach to things. My students only half believe me, but usually, if someone beats them up in a crit, that either means the work is worth being beat up for, or that it’s great — it’s different. And different is good.

HENRY HORENSTEIN: ANIMALIA runs from July 30 to August 14 at grayDUCK Gallery in Austin. BLITTO UNDERGROUND (78 mins) screened at the gallery on July 30 at 8 pm and will screen again on August 9 at 7:30 pm.