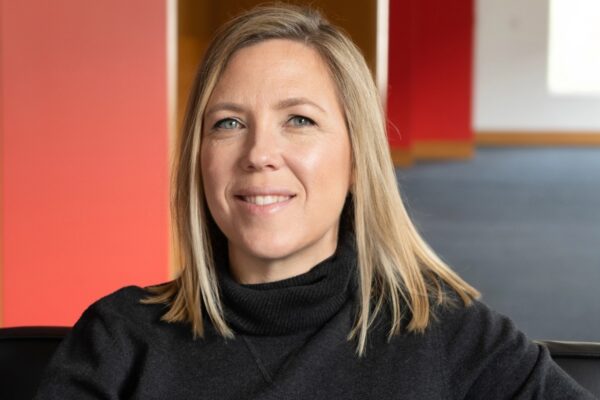 Last month, Veronica Roberts left her position as Curator of Modern and Contemporary Art at the Blanton Museum of Art at the University of Texas at Austin, where she worked for nine years. On July 5, she began her new role as the director of the Cantor Arts Center at Stanford University. Recently, she spoke with me about her past at the Blanton and her future at the Cantor.

Jessica Fuentes (JF): As someone who had never lived in Texas before, what drew you to the job at the Blanton?

Veronica Roberts (VR): What drew me to the job was the combination of the Blanton being the city’s museum and the university art museum. I thought that was really cool to be on the edge of a campus that is such a dynamic public university. And then to also be serving a city that seemed like it had a lot more potential and was growing. Back in 2013, Austin was a lot smaller actually, but even then I was surprised that it only had one major collecting art museum. It just felt like there was an opportunity to really make an impact here.

And then, when I met the team during the interview process, I said, “This is an amazing team of really kind, generous, smart thinkers that I’d love to work with.” I remember also seeing two works of art, an Alice Neel painting and Byron Kim’s Synecdoche. And I thought, “I could definitely work here if you’ve got Byron Kim and Alice Neel!”

JF: What ideas did you have about Texas and the Texas art scene before you came here?

VR: I had been to Texas before, but I really didn’t know it well. I had a sense that some of the most beautiful museums in the country were in Texas. Specifically, even though I hadn’t been yet at that time, I was thinking of the Kimbell Art Museum and the Menil Collection. So when I moved to Austin, I finally went to the Kimbell and thought “this is just the most beautiful architecture.” And the Menil, I visited even more; there’s no space like it. Having lived in New York, a city where all museums are vertical, just to have that single story made it feel like you were in someone’s home, but much nicer — an uncluttered home, with the trees and the landscape and the way it is embedded in the neighborhood — I love everything about it. 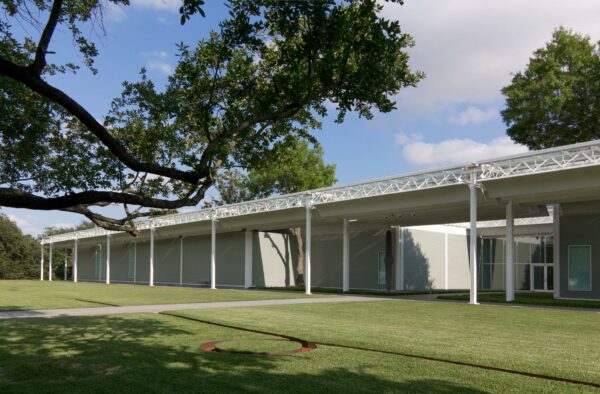 JF: Did you find that any of your assumptions about Texas shifted as you settled in and became more familiar with the state?

VR: The thing that changed the most was the limited perception that people have of Austin being exceptional and overlooking so much of the rest of the state. I found that I was telling people outside of Texas how great Houston was all the time. My own bias — that Houston was not an attractive city quickly faded away once I spent time there. It is kind of a harder city to navigate if you’re going for the first time; it sprawls out like Los Angeles. But I just love the energy of the art ecosystem there and found great art and people across the state.

JF: What goals did you set for yourself when you joined the Blanton? Do you feel that you achieved everything you set out to do?

VR: My goals developed only after I spent time there and could really think about what we could do to make an impact. It’s hard to go into a brand new job, when you don’t live in the place and you don’t yet know the ecosystem, to have goals other than to do a good job. I think my goals evolved over time and were constantly changing — as I got to know the community and saw what the Blanton could do, what served the community, what people were interested in — they really evolved.

The one thing I was asked from the very beginning, and hired in part to do, was to work with a team to rethink the galleries and the collection. That was really important to my Director at the time, Simone Wicha, and it was a university and a Blanton priority. I was really excited about that opportunity because I cared a lot about the collection and because the Blanton had so much space. You know, even at the Dallas Museum of Art, with their impressive modern and contemporary art collection, they don’t have a lot of dedicated space; instead, they use their temporary exhibition space. So I felt lucky to have this collection, and was excited to reimagine and work with a team to think about everything down to how the spaces are accessed and what kinds of rotating spaces we might have. 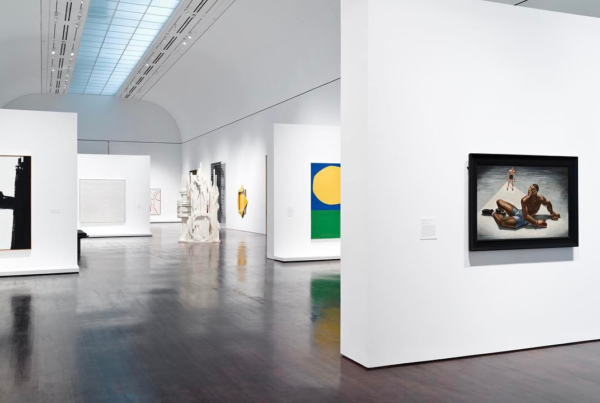 JF: What was it like to reinstall the museum’s collection and how long did it take?

VR: I think we didn’t really start planning until 2014, and then we reopened in 2017 [after closing the second floor galleries in 2016]. We flew across the country and looked at different museums and models. We went to St. Louis, Los Angeles, Fort Worth, Dallas, and all over. It was a really ambitious project. We learned from colleagues in the field, and worked with architects and thought about wayfinding. It was so much more than just thinking about how to rehang the paintings on the wall.

JF: Beyond the reinstallation, what are some of the other projects that you’re most proud of from your time at the Blanton?

VR: I’m really proud of the Nina Katchadourian show that opened in 2017. It was during a really difficult time… there had just been a national election and it felt like there was a lot of turmoil in the country, and that show had such a joyful, and more importantly, a generous spirit to it. I’ve actually never curated a show where so many people were laughing out loud in the galleries. There were times when I would see people dancing in the galleries. And that just felt like such a gift, because it was such a hard time in the world.

I remember people, who were not my friends, telling me that they had seen it four times. I’d meet someone at a party and they’d say, “Oh, you’re a curator? I just went to the Blanton and saw that show three times.” 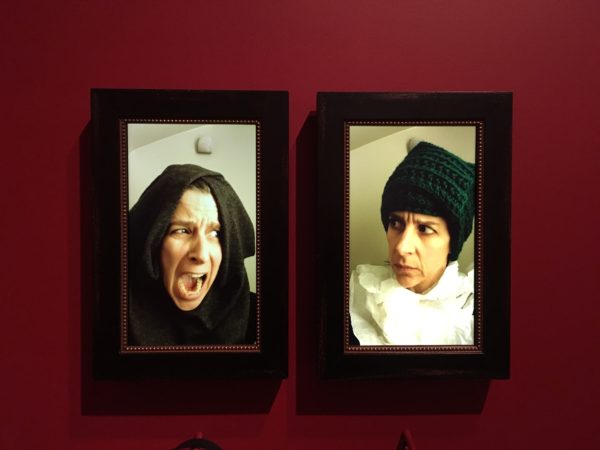 Nina Katchadourian, “Under Pressure,” from the series “Seat Assignment.”

And also, while Nina has incredibly exacting standards and was really meticulous about everything, she was so generous as an artist and really recognized the contributions of everyone, not just the show’s curator. I remember she insisted on taking the preparators and the install crew out after the show opened. And, she made a little work of art for every staff member who worked on the show. She’s actually still in touch with several of the people who worked on her exhibition. It made me feel good that she felt well cared for, and that she made the staff feel so well cared for. So, it was rewarding on many levels.

It was also exciting, because though the Blanton had done so many great shows before my time, they were not always able to acquire art from past shows. So, I was also really happy that we were able to buy work by her. And now the Blanton has a large number of pieces by her; we bought her great video, Accent Eliminations, that was in the Venice Biennale right before her show opened in Austin.

JF: Can you tell me a little about your decision to leave both the Blanton and Texas?

VR: Well, I left Texas very reluctantly. I loved living there and was not actively looking for other jobs. The Cantor is a museum I have deep ties to: I had visited as a kid and over the years, and my grandmother had been a docent here for 35 years. She was the most important person in my life growing up, and was a huge influence on me in so many ways. She actually, herself, was an art lover and went to Oberlin College, which I now realize was such a big deal for someone her age… for a woman of her generation. She was so supportive of me in every way… the way grandparents have that kind of unconditional love.

And I felt like the [Cantor Arts Center] had gone through a lot of trials and tribulations. So I also felt like this was an opportunity to really press reset and hopefully help the museum have a great work culture and achieve greater things, with more stability. I was lucky enough to work with the same director for nine plus years. If you can keep some really consistent great leaders, and staff members, I think you can do a lot more.

JF: What are you most excited about as you look ahead to the future in your new role as Director of the Cantor?

VR: The thing I’m most excited about at the moment is our Asian American Art initiative. I really can take absolutely no credit for this incredible initiative that launched before I got here, as I’ve only been here two weeks. It’s an initiative that was founded in collaboration between Aleesa Pitchamarn Alexander, who is a curator of American Art at the Cantor, and Marci Kwon, who is a Stanford faculty member in the Art History Department.

They created this initiative to essentially foster scholarship, collection building, and exhibitions around Asian-American art, which is a field that is really under-supported and under-studied. It was such a brilliant concept to have the Cantor be the home of this. And it’s more than just exhibitions and buying art (which is great too), but it’s also scholarship, symposia, and archives. So, for example, the first week that I started, these incredible clay masks that Ruth Asawa made of friends and family members over 40 years went on view. 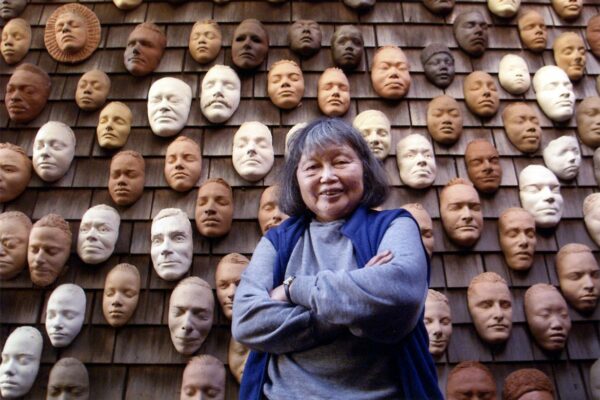 That’s a work that was acquired as part of this initiative, and it’s going to be on long term installation. Part of the reason it’s so perfect is also that the Asawa archives are at Stanford. So to me, it’s exciting to think about the potential of what a university can do uniquely — combining a commitment to archives, commitment to scholarship, and commitment to collections. It’s a really fantastic initiative that reflects the community, too. It makes sense, in our region, which is such an important part of Asian-American history. You can’t live in California and not be thinking about this; Asian-American history is California history.

It’s been so great to have the chance to get to know Veronica; her exhibitions at the Blanton have been stellar (watch for upcoming “Day Jobs”). Best of luck at the Cantor Arts Center, Veronica!

Thank you Veronica for the extraordinary exhibitions you brought to Austin during your tenure at the Blanton t share with us. Very grateful. Wishing you fulfillment and continued success at the Cantor! They are lucky to have you.