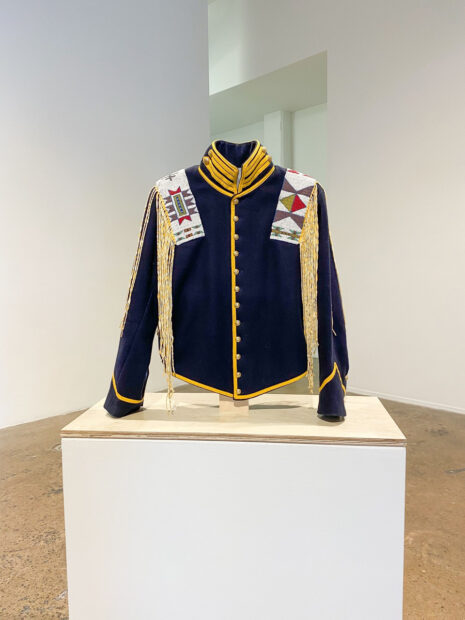 Being in New York City on September 11 will stay with me forever, but I’ve always felt a disconnect with what happened next. In truth, Afghanistan and Iraq never really registered with my own memories from that day. I just happened to be living in Manhattan when the Towers got hit — America took over from there.

A few years after the attack, I came across a collection of poems by Brian Turner called Here, Bullet. Turner had served in Iraq, and his writing about the experience stunned me. It was the first time I’d ever encountered a soldier, or at least a soldier’s voice, that spoke so honestly and intimately to the aftermath of 9/11.

His poem, “What Every Soldier Should Know,” opens with this:

If you hear gunfire on a Thursday afternoon,

I still think about those two lines, but it’s taken all these years for me to have an experience similar to what I had when first discovering Turner’s book. This time, it’s in the form of an entire library of books. 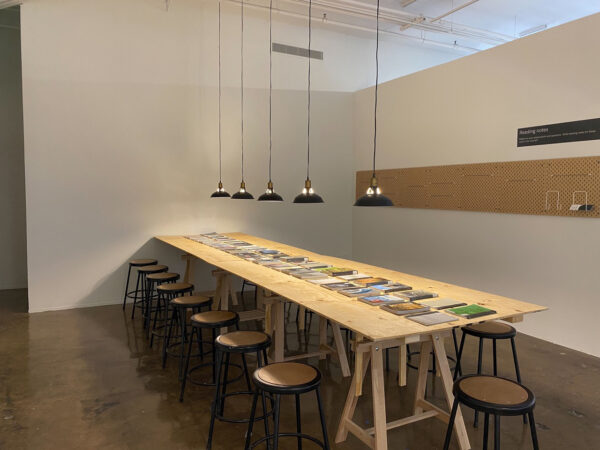 The Veterans Book Project, on view at Blue Star Contemporary in San Antonio, is a multi-volume, multifaceted collection co-produced by Minneapolis-based artist and educator Monica Haller, along with dozens of individuals connected — on all sides — to the U.S.-led invasions of Iraq and Afghanistan. As I started going through each one, it became clear I was looking at a profound repository for everything set in motion on September 11.

“Pay attention. This experience happens right in your lap,” writes Haller in Riley and His Story. Me and my outrage. You and us. (Onestar Press, 2009). Riley and His Story details the experiences of Riley Sharbonno, who served as a U.S. Army nurse at Abu Ghraib prison in Iraq from 2004 to 2005. The four-year collaboration between Haller and Sharbonno is a raw assemblage of his combat photos and their conversations together; it is also the blueprint for the entire project, which eventually grew into 50 books or “Objects for Deployment.”

Some of these Objects for Deployment are photojournalistic; others read like a diary or poetry. All of them challenge the reader to consider the untold effects of war. The way lives change instantly, then slowly over a lifetime.

The project includes a book by Army veteran Nathan Lewis, its cover donning a photo of a small Iraqi boy, smiling shyly at the camera while clutching the remains of an assault rifle. There is the story of Alia Al-Ali, a refugee from a small city in Iraq, who left her home after high school and resettled on her own in the U.S. And Ehren Tool, who served as a U.S. Marine in the Gulf War, a decade before 9/11; since 2001, Tool has been steadily producing ceramic cups, thousands of them, in his spare time. 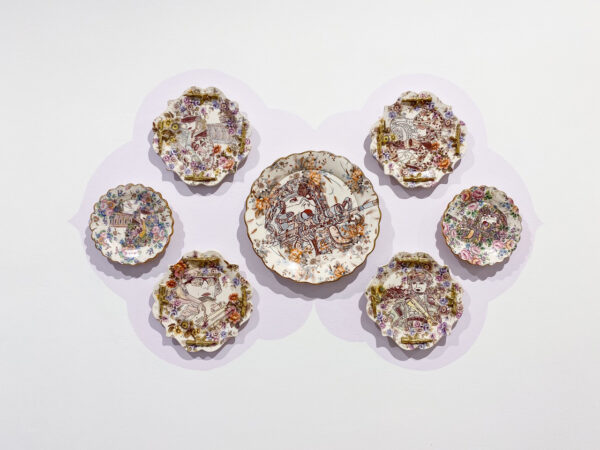 In the book I Make Cups, photos of Tool’s handmade creations — including ones he gifted to George W. Bush, Karl Rove, and other top officials around the time of the Iraq invasion — are coupled with letters of appreciation in their efforts to first, avoid war, and later, keep the “organizations’ stated goals as close as possible to the actual outcome.” As the book progresses, and the war wages on, the images on Tool’s cups become increasingly pornographic, disturbing, violent — a dysphoria barometer for America’s War on Terror.

In addition to the Veterans Book Project, Blue Star is concurrently running the group exhibition Travel Distance, which features work by service members and their families, and explores the military’s role in their overall and day-to-day lives. The show’s curator, Amber Zora, is an Army veteran who served as an ammunition specialist in Iraq; from 2018-2019, she was the National Veterans Art Museum Curatorial Fellow. Zora’s background, in the Army and in the arts, lends an essential perspective when putting together a show like this.

Broadly speaking, Travel Distance is about veteran-identity: who a person is before joining the military, who they become during, and un-become after. The show’s nine participating artists come from all walks of life, and the work speaks to that. Paintings by Claudia Carrillo de Hare, a member of the U.S. Army since 2001, and Joe deVera, a former Marine, touch on the symbolic and the psychological. San Antonio-based painter Daniel Rios Rodriquez, who briefly served in the Air Force, has three featured pieces, and Houston-based Sarah Sudhoff, whose father and grandfather were both Navy pilots, has a mixed-media installation based on her family’s military ties. 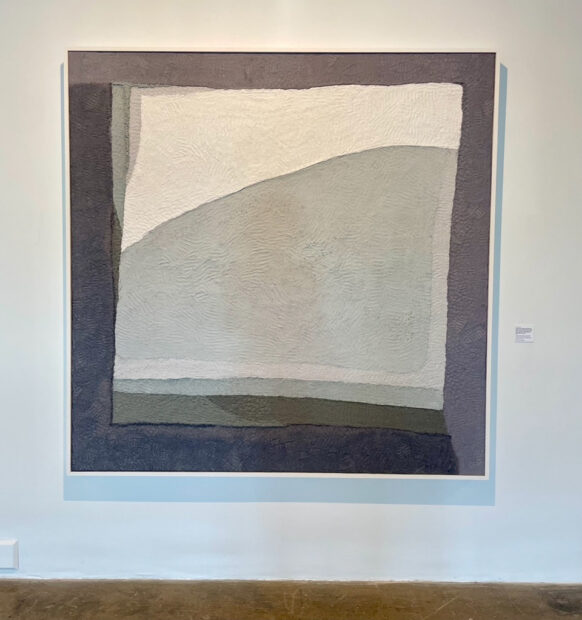 Installation view of Jenn Hassin’s “We Shed the Civilians We Were” and “Together Our Boots Pounded into the Earth. Honesty, Integrity, and Service Before Self, Forever Transformed, Embedded with Values” in “Travel Distance,” June 3, 2022—October 9, 2022. Photo by Barbara Purcell.

There are upcycled figural sculptures by Gina Herrera, who found early inspiration in European art while stationed in Germany, and photographs by Renee Romero, who has documented her daily routine as a military spouse and stay-at-home mother. Veteran Miridith Campbell recalls the Plains Indian Wars, on the heels of the Civil War, with a U.S. Cavalry Coat embellished with the traditional beadwork of her Kiowa heritage. And Air Force vet Jessica Putnam-Phillips has reframed femininity through war and masculinity with her “antique” porcelain plates, all displaying female combat soldiers amid delicate floral patterns.

“Deployment and relocations can be and often are confusing times,” notes Zora in the exhibition statement. “On the other side, everyone mourns the lost time and attempts to put the pieces back together. But the pieces often do not fit like they did before.”

Jenn Hassin’s abstract pulp paintings get at this irreversible re-piecing. In We Shed the Civilians We Were and Together Our Boots Pounded into the Earth. Honesty, Integrity, and Service Before Self, Forever Transformed, Embedded with Values (2022), Hassin, a former Air Force dental technician, has used pulped uniforms from all six branches of the military to create a work that somewhat resembles a flag. Pulping becomes a poignant metaphor for the entire exhibition; how certain experiences transform parts of us into something no longer recognizable. Each color in the painting comes from a single uniform, representing a single life, a way for Hassin to emphasize “the experience of the individual.”

The work allows someone like myself, with not a lot of exposure to the military or its members, to question her own understanding of entire groups that are most easily identified by their uniforms. The clear range of these artists — much like the widely diverse stories in the Veterans Book Project — unexpectedly brings me back to that sunny September morning in Manhattan over twenty years ago. When the world changed instantly, then slowly over a lifetime.