Last Friday, July 15, 2022, Antonio Lechuga, a Dallas-based artist, was shot multiple times while jogging near his home in the Oak Cliff neighborhood. As of Wednesday, July 20, he had undergone two surgeries and remains in critical condition. 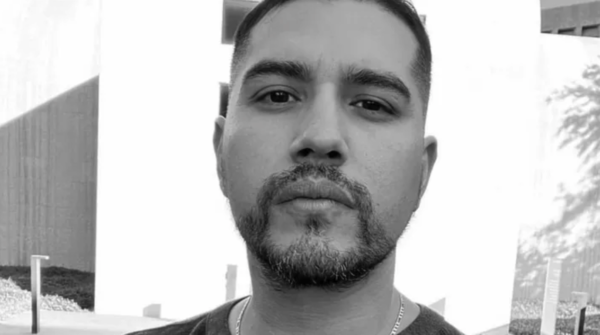 Mr. Lechuga is a multidisciplinary artist who has exhibited consistently throughout the North Texas area for over a decade. In 2021, his work was included in Holding Space at 500X Gallery, which was juried by Daisha Board, and prior to that he was included in shows at the Latino Cultural Center, Craighead Green Gallery, and Ro2 Art, all in Dallas.

Currently, his solo show Fences is on view at Love Texas Art in downtown Fort Worth. On the exhibition’s webpage, Love Texas Art stated that though the exhibition was originally intended to close on Sunday, July 17, it has been extended through July 31 to honor Mr. Lechuga during this difficult time.

In a social media message, Ariel Davis, co-owner and manager of Love Texas Art, shared: “About 8 years ago, I met Antonio ‘Tony’ when he dropped off artwork at the Art7 Satellite Gallery of the Fort Worth Community Art Center (now @artsfortworth). Since then, I have watched him grow as he remains dedicated to his work and become a leader in the art community. Last year I was thrilled to see his adventure into sculptural work at the Oak Cliff Cultural Center, which addresses border issues in such a tactile, poetic, and approachable way.”

Mr. Lechuga’s family has launched a GoFundMe page to raise funds which will help pay for his medical and living expenses. Additionally, Love Texas Art, in collaboration with the artist’s family, has coordinated an in-person fundraising event this Saturday, July 23 from 6 to 9 pm. Learn more at the Love Texas Art Gallery website.