Last month, a group of current and former staffers from Austin’s Mexic-Arte Museum took to social media to voice concerns about what they said were the  institution’s unsafe work environment and improper care of artworks. Earlier this week, on the museum’s Facebook page, the board made a public statement acknowledging the concerns and providing an update. 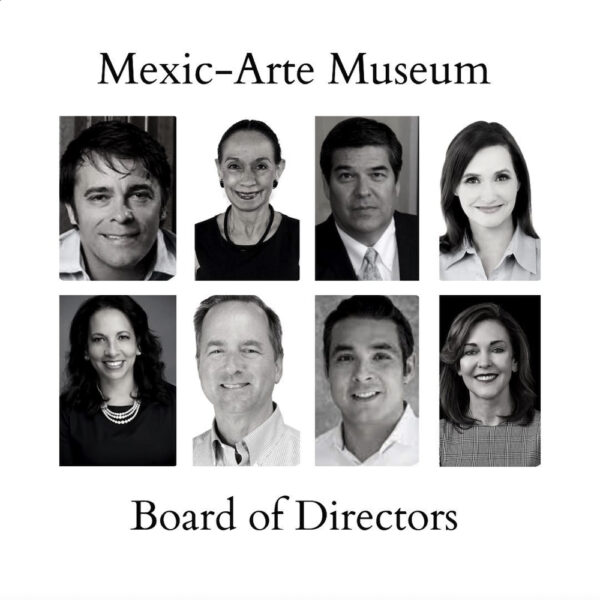 Mexic-Arte Museum’s Board of Directors. Image courtesy of @ChangeMexicArteMuseum

Regarding the allegations made by staff, the board stated, “Though these concerns had not been brought to the Board of Directors directly, the entire Board takes the concerns of our current and former employees seriously–we felt this was an opportunity to ensure Mexic-Arte Museum upholds our commitment to provide a positive, inclusive environment where all voices are heard.”

The board also remarked, “Our focus is on our staff, protecting the art and allocating funds toward the future museum building. Even so, repairs have been made to the current building. As the plans are established with the City, announcements regarding our new building and transition will be shared.”

They went on to state their support for the museum’s mission and said that they are working with Founder and Executive Director Sylvia Orozco to resolve the issues. One concern raised by staff was the lack of a Human Resources position within the organization to oversee complaints. The board has begun the process of hiring a human resource professional to better support the staff, and has created an email address ([email protected]) for staff to send concerns directly to the board.

Beyond this concrete action item, the board did not provide specific ways it plans to address the remaining allegations and demands, which include: an apology to current and former employees who have faced discrimination; an apology to the community for not providing a safe space for visitors; a transparency related to institutional operations; the removal of Ms. Orozco; an investigation into the unsafe environment with OSHA and the Department of Health and Human Services; an equitable redistribution of budgets and staff wages; and formal investigations of all complaints related to abuse and harassment. Additionally, current and former staff raised concerns about the misappropriation of funds, specifically mentioning the ticket holders of the museum’s 2020 Taste of Mexico fundraiser, who had not been provided information following the cancellation of that event.

Responses to the board’s Facebook post took a range of viewpoints, and included some comments praising the board for their response, some voicing skepticism that change will take place, some offering continued support for staff, and others offering support for Ms. Orozco.