Last night, twenty-one year-old Brian Hernandez broke into the Dallas Museum of Art (DMA) and purposefully destroyed display cases, furniture, a computer, phones, and multiple artworks, including three ancient Greek vessels and a Cado bottle. Mr. Hernandez reportedly told the museum’s guards that “he got mad at his girl so he broke in and started destroying property.” Dallas police say that he did approximately $5.153 million in damage.

Around 9:40 pm Mr. Hernandez broke the museum’s glass entrance doors with a metal chair. A DMA security guard was alerted to Mr. Hernandez’s presence in the museum by a motion sensor. Mr. Hernandez was not armed, and the guard apprehended him prior to calling the police. 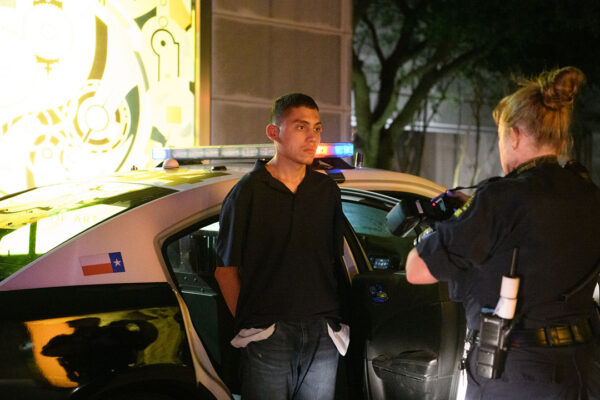 In a public statement posted on the museum’s website, the DMA remarked, “This was an isolated incident perpetrated by one individual acting alone, whose intent was not theft of art or any objects on view at the Museum. However, some works of art were damaged, and we are still in the process of assessing the extent of the damages. While we are devastated by this incident, we are grateful that no one was harmed. The safety of our staff and visitors, along with the care and protection of the art in our stewardship, are our utmost priorities.”

The museum is open to the public today and has resumed normal operations.