by Jessica Fuentes May 26, 2022
FacebookTwitterEmail

The Blaffer Art Museum at the University of Houston has announced that Tyler Blackwell, the Cynthia Woods Mitchell Associate Curator, will leave the museum in July 2022. 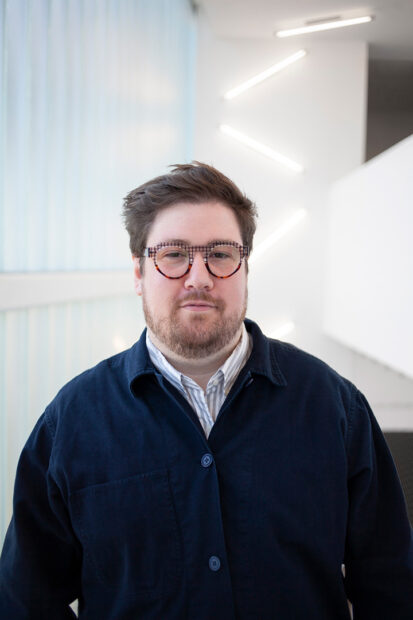 Mr. Blackwell, who joined the Blaffer in 2018, has worked closely with Steven Matijcio, the Jane Dale Owen Director and Chief Curator, to reimagine and broaden the museum’s exhibitions, publications, public programs, and community engagement. During his time at the organization, Mr. Blackwell has organized and co-organized an array of exhibitions featuring both emerging and established artists.

In a press release announcing Mr. Blackwell’s departure, Mr. Matijcio stated, “We are sad to see Tyler go, but we will remain grateful for all the brightness and dynamism he brought to the Blaffer over his four years with the organization. Tyler’s exhibitions were ambitious and daring, his writing and research well-considered, and he has the unique ability to win friends and supporters across Houston and the country.”

He continued, “Blackwell will remain involved in the near-term exhibitions he had planned for the Blaffer, including Hugh Hayden and Maria A. Guzmán Capron this summer, Monira Al Qadiri in the Fall, and Leslie Martinez and Jacolby Satterwhite in January 2023.”

Mr. Blackwell has accepted a position of Curator of Contemporary Art at the Speed Art Museum in Louisville, Kentucky. He will begin his new role in August 2022. Mr. Blackwell has worked in museums for over ten years and specializes in queer and historically underrepresented artist practices.

In a press release by the Speed, Mr. Blackwell said, “I am honored and thrilled to join the Speed at this pivotal time in the Museum’s history. As the institution considers new ways to explore and center stories that have been historically marginalized or under-looked, I am eager to collaborate and contribute to a program that advances the Speed as a vibrant, welcoming, and multivocal hub for dialogue, gathering, and exploration.”

In June 2022, the Blaffer will begin a national search for a new Assistant Curator. According to the press release, “The position will work collaboratively with the museum’s director and staff to organize and support exhibitions, public programs, and education efforts. The position listing will be posted on the museum and university’s Opportunities websites in the coming weeks.”