by Jessica Fuentes May 22, 2022
FacebookTwitterEmail

Last month the Chinati Foundation in Marfa celebrated its reopening of the John Chamberlain Building, and earlier this month both Chinati and the Judd Foundation announced the designation of some of their buildings as historic places. 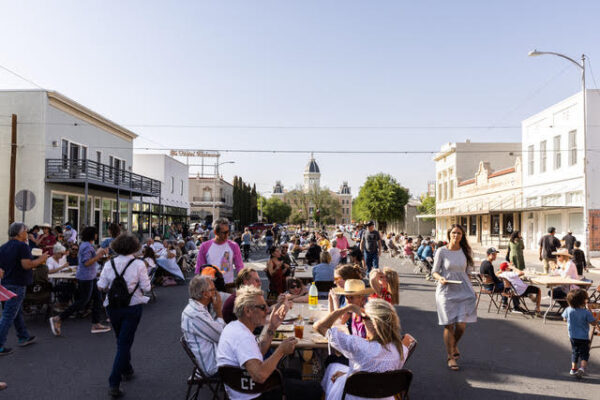 After a year of renovation, Chinati’s Chamberlain Building, which features a permanent installation of 24 works by the artist, has reopened. The renovation addressed structural issues with the building and involved adding a ramp to make the space ADA compliant. The occasion was marked by a day-long event that featured a panel conversation about the architecture of the space, a talk by the institution’s curator, Ingrid Schaffner on Chamberlain’s work, and a community dinner. The dinner, which served over five hundred people, was hosted in a closed-off street, similar to events the organization holds on Chinati Weekend.

Additionally, the National Park Service has announced that the Central Marfa Historic District, which encompases parts of the Chinati Foundation and the Judd Foundation, has been listed on the National Register of Historic Places. The district includes one hundred and eighty-three buildings, 11 of which Donald Judd acquired, preserved, and repurposed between 1973 and 1994. 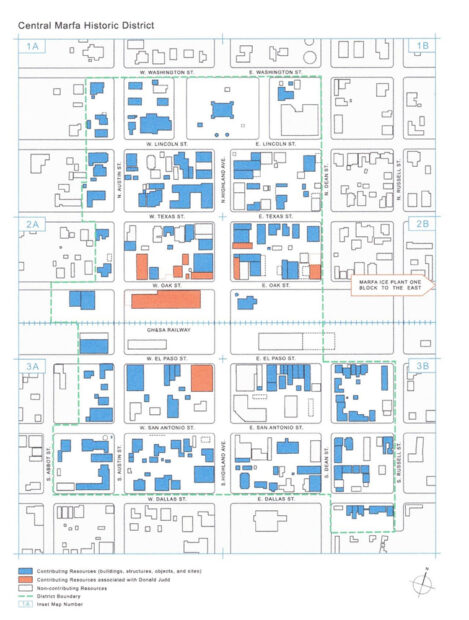 The various buildings are now maintained and made accessible to the public through the Chinati and Judd Foundations. The Chinati Foundation oversees the Chamberlain Building along with the Ice Plant and Locker Plant, which are typically utilized for temporary installations. Under the Judd Foundation’s stewardship are the Architecture Office (which was recently damaged by a fire), Architecture Studio, Art Studio, Cobb House, Gatehouse, Ranch Office, Print Building, and Whyte Building. 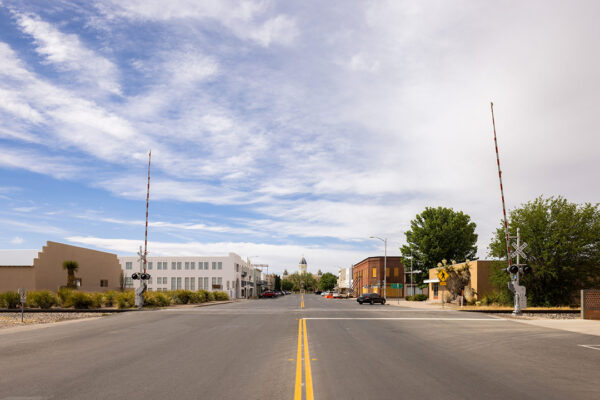 In an announcement on the Chinati website, Rainer Judd, president of Judd Foundation stated, “Through this designation, granted to the town of Marfa and Don’s buildings, we join a meaningful list of historic sites in the United States. Don had a profound regard and deep respect for the history and contributions of the Hispanic community that this nomination specifically recognizes. He believed that these efforts, reflected in the built environment of the town, should be preserved and celebrated. This national honor for Marfa is important to understanding our shared past and preserving these buildings for future generations.”

Jenny Moore, director of the Chinati Foundation added, “The Chinati Foundation is deeply honored for our buildings in downtown Marfa to be worthy of such recognition by the National Park Service. Being added to the National Register of Historic Places will help build community pride and amplify our sense of place. We are proud of our Marfa neighbors with whom we share this distinction, and we look forward to working together in the restoration and preservation of our unique town.”