by Jessica Fuentes May 15, 2022
FacebookTwitterEmail

Project Row Houses (PRH), a nonprofit organization in Houston’s Historic Third Ward that works to empower and enrich the community through art and direct action, recently announced that  rehabilitation and renovation efforts of the Eldorado Ballroom are underway. 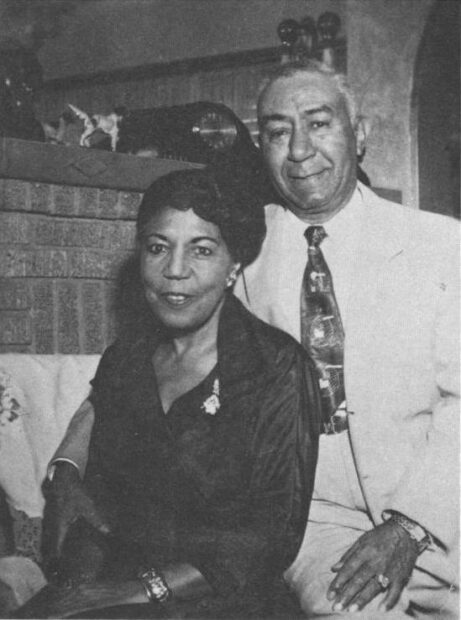 Original owners of the Eldorado Ballroom, Anna and Clarence Dupree, in 1949. Courtesy of Project Row Houses.

“The Rado” was established in 1939 by Anna Johnson Dupree and Clarence A. Dupree, Houston business owners and investors in the Black community of the Third Ward. At the time, segregation laws barred Black Americans from mainstream venues that served white people. The Eldorado Ballroom became one of the most acclaimed venues for Black musicians in the United States. 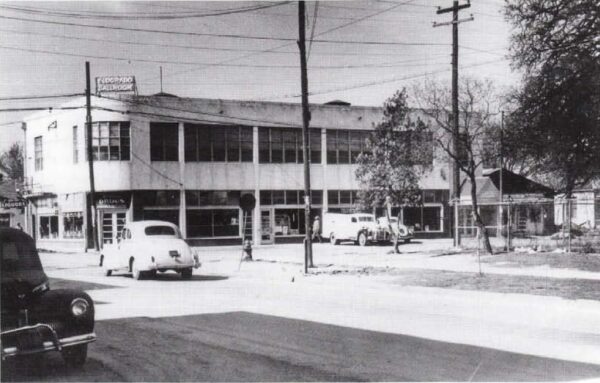 During the 1940s and 1950s, the ballroom hosted performances by Ella Fitzgerald, Ray Charles, B.B. King, and local blues musician Lightnin’ Hopkins, among many others. In the early 1970s, following economic stagnation in the area, the ballroom closed to the public. Over the years the building was home to small businesses and then, in December 1999, the structure was gifted to PRH by Hubert Finkelstein (a local philanthropist who was the founder of Medallion Oil company).

In May 2003, PRH hosted a major fundraising gala to support renovations of the building. Since that time, the organization has hosted a variety of events at the venue. PRH has also worked to collect oral histories, old photographs, and other resources to create an archive of the space. In 2011, the Eldorado received a Texas Historical Marker. 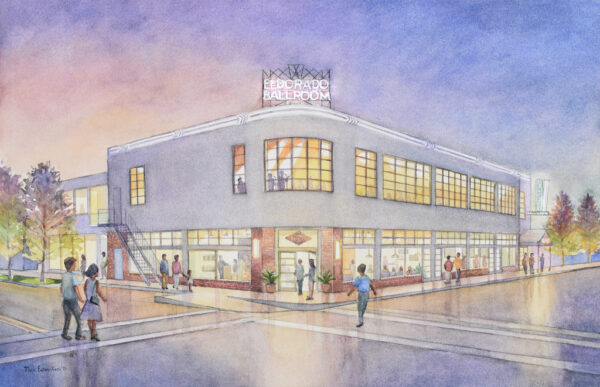 While two separate fires in the 1940s and 1950s destroyed parts of the original interior of the building, the rehabilitation plan includes restoring original wood paneling, stucco, and other finishes and fixtures where possible. In addition to renovating the 10,000-square foot building, PRH is also adding a 5,000-square foot annex which will have spaces for community meetings, a green room, an elevator (which the building currently lacks), and upgraded bathroom facilities.

The $9.675 million campaign is co-chaired by Anita Smith, Hasty Johnson, and Chris Williams, and has received funding from the PRH Board of Directors, the Kinder Foundation, the Houston Endowment, the Brown Foundation, and a variety of long-time and newly-engaged PRH supporters.

In a press release announcing the renovation, Eureka Gilkey, Executive Director of Project Row Houses, said, “Project Row Houses is grateful for all who have joined us to make this project possible. The Eldorado Ballroom, from the moment its doors open, has always been the soul of the Third Ward.”

She continued, “As creative placekeepers with a deep commitment to our neighborhood, Project Row Houses is as proud to be preserving the history of this storied venue as we are to be preparing it to serve as a center for Black art, culture, and community long into the future. We can’t wait to celebrate with our friends, partners, and neighbors when the lights go down, the band hits the stage, and the ‘Rado is reborn.”

The project is scheduled to be completed in early 2023.

New This, New That: Row Houses Get New...