Prior to the onset of the COVID-19 pandemic, Austin-based musician and artist Darden Smith was working with a program called Songwriting With Soldiers that brought collaborative songwriting to veterans and their families as a form of healing, rebuilding trust, and storytelling. As the world shut down and flights were being canceled, Smith had obligations to program participants in Arizona. This was the catalyst that set the stage for him to create a new body of work documenting his solo drives through West Texas. Between 2020 and 2021, Smith made eight trips from Austin to Marfa, and then on to Arizona. 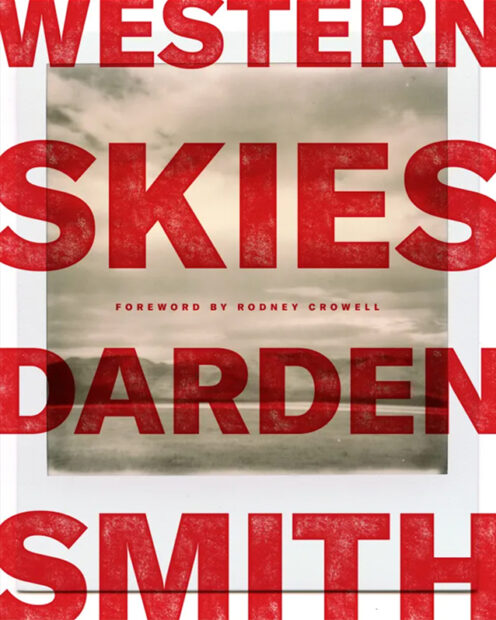 Reflecting back on how Western Skies, a book of photographs and writings with an accompanying album, came about, Smith recalled, “My overnight stays in Marfa went from one day to two days to five days. And it was crazy because there was nobody out there. It felt really surreal and very deserted. I felt very isolated, but not in a bad way.”

Smith happened upon an old polaroid camera in his garage, so he purchased some film to start documenting the trips. It all came together rather organically: he would pull off the road to take photographs of places and scenes that spoke to him, and as he drove, he would narrate ideas for essays and songs into his phone. With each trip, he would extend his travel time to have extra days to photograph, draw, paint, and write. 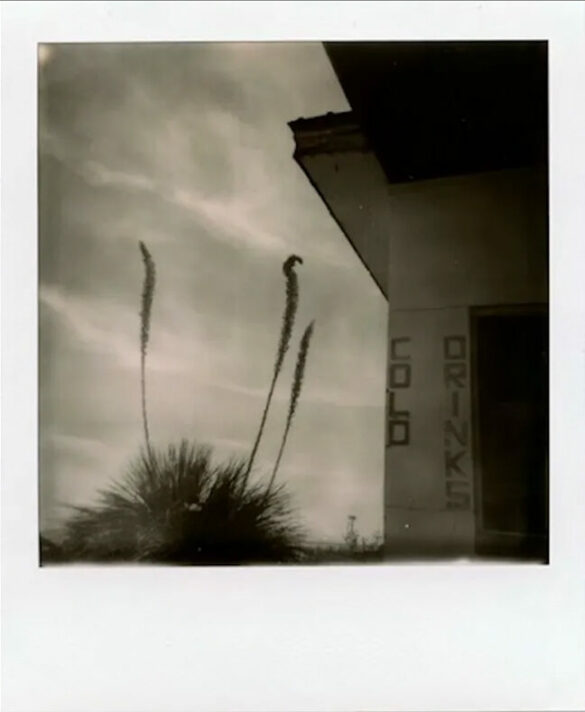 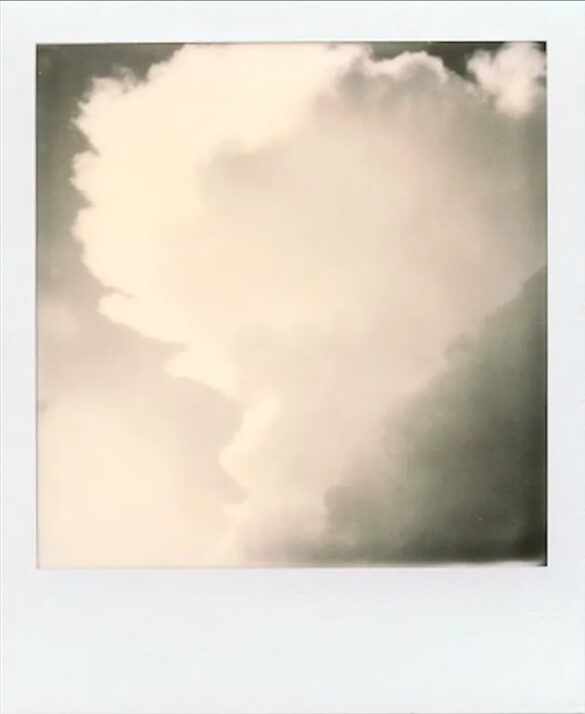 “Something was going on in my mind, and I didn’t know what it was. But something was happening, something was cooking,” he said. “There were a lot of things going on in me, in that, just the whole time that we were living through, mortality was in our face. I was turning sixty, my mother was also very ill, my kids are growing up, so all these sort of changes were happening. I was blessed that I had the time to really stop and think about these things on these trips. Taking pictures was a way to see, a way to explore, and a way to push myself during this time when everything was slowing down.”

Smith’s 128-page book is filled with (sometimes blurred) black and white polaroids of desolate landscapes, architecture, and clouds. The images, which often incorporate the expansive empty space of the sky, feel heavy and bleak. And the writings, which include song lyrics, poems, and essays, are reflections both of the landscape and the passing of time.

Though Smith is perhaps best known as a musician, this isn’t his first foray into visual art or even his first published book. In the early 2010s he served as an artist-in-residence at Oklahoma State University within the School of Entrepreneurship. During his time there, he gave lectures about integrating creative practices into everyday life. This experience inspired him to publish the 2018 book, The Habit of Noticing: using Creativity to Make a Life (and a Living). The book featured Smith’s art, and shortly after the publication, the works from it were shown at Bale Creek Allen Gallery, which was located in Austin at the time.

Smith stated that after writing that first book he, “…fell in love with making books.” He explained, “That’s why when Western Skies came about, it was very easy for me to see it as a book. I saw it as a book before I saw it as an album.” 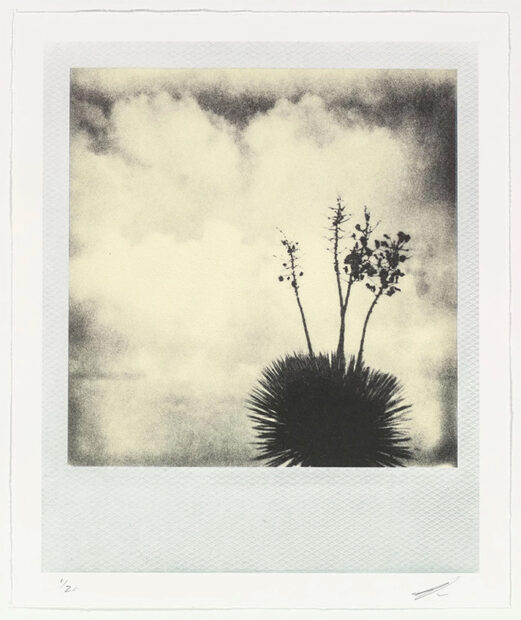 And, as if publishing a book and releasing an album wasn’t enough, from there Smith decided to turn nearly a dozen of his photographs into lithographic prints after seeing lithographs by Marc Chagall. Admittedly, he wasn’t even sure what the process would entail, but was so captivated by the Chagalls that he had to learn more. Johnson City-based artist and gallerist Mark Smith pointed Smith in the direction of master printer Patrick Masterson. With the help of Masterson at Burning Bones Press, aided by artist and printmaker Heather Bisesti, eleven small black and white polaroids were transformed into 12- by 14-inch lithographs. The works are currently on view at Redbud Gallery in Houston through Tuesday, May 3, 2022. 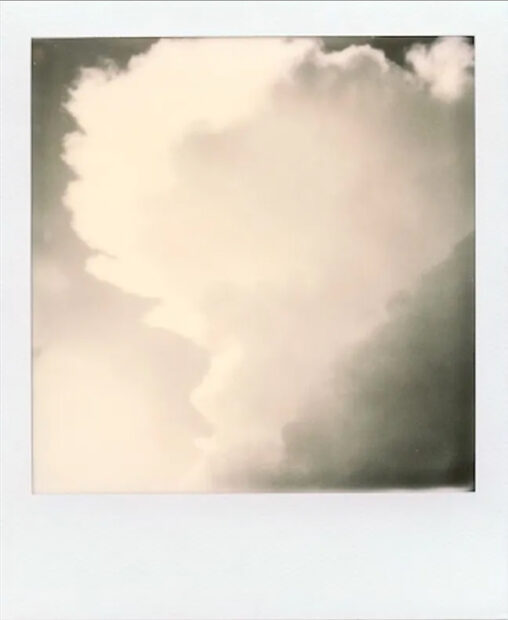 Smith has additional plans to grow the project. In September, he will release a spoken word album of the writings included in the book. He has also scored the recordings and created videos for each of the pieces. Eventually, all of these components will come together in a larger solo exhibition.

“I think that Western Skies came from going back to the way that music felt when I was a kid. There is no career or economic motivation when you’re a teenager writing songs in your bedroom. The doing of it was the point. And it’s great to remember that as someone who has made a living as an artist. Western Skies has the most tentacles of any project I’ve ever done, but in a way it’s also the purest project I’ve done in years.”

This Thursday, April 28 from 7 – 9 pm, Redbud Gallery will host a live music performance by Darden Smith.

Bale Creek Allen Gallery has Made the Move...