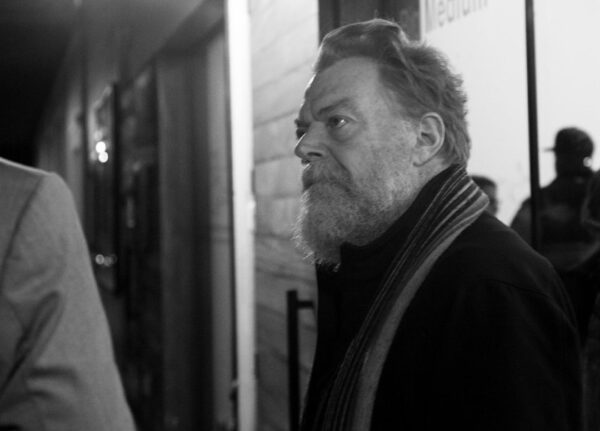 Oliver Franklin, the site director for the Elisabet Ney Museum in Austin, Texas, died on April 4, 2022 at the age of 60.

A seventh generation Texan, Mr. Franklin was raised in Austin and received his BA and MA in Geography from the University of Texas (UT) at Austin. His master’s thesis was an investigation into murals throughout the city of Austin in the early 1990s, specifically focusing on the relationship between community and landscape. In 1998, he was involved with a group of artists who, alongside the city’s Art in Public Places program, advocated for the creation of an Austin Mural Conservancy which would promote, advocate for, and support local murals and muralists.

At the time, Mr. Franklin was quoted by The Austin Chronicle as saying, “A wall mural does many things. When a mural goes up, a wall is transformed into something else. It becomes a mirror for the community, reflecting the richness of the people in a community and depicting the community celebrating the community. That’s what murals do. They celebrate. Each mural is a means to a very real pastiche of local expression.”

Soon after Mr. Franklin earned his undergraduate degree, he embarked on what would be a lifetime of working in arts and cultural organizations, many of which were in Austin. He served as the Curator of Education at the Museum of South Texas in Edinburg, the Director of the Republic of Texas Museum, the Executive Director of the Texas Historical Foundation, and the Executive Curator for Public Programs at the Harry Ransom Center at UT.

In December 2012, Mr. Franklin joined the Elisabet Ney Museum, the home and studio of a European sculptress who moved to Austin in 1892. During his time at the institution, he brought innovative programming that paired contemporary artists with the historic site. Over nearly a decade, Mr. Franklin presented works by more than ninety female artists (most of whom worked in sculpture).

Mr. Franklin is survived by his daughter Anne Olivia and son Anderson.

The Friends of the Ney, a group that promotes and supports the museum, shared the following message on their Facebook page:

“The Friends of the Elisabet Ney are heartbroken over the passing of Oliver Franklin, Site Director of the museum for a decade, the stalwart steward of Ney’s legacy, and most importantly our friend. He brought us together to help continue what he so earnestly worked to do each day: to transform the Elisabet Ney Museum from a humble repository for a sculptor’s busts of dignitaries into a vibrant, inclusive, and dynamic platform for the exchange of ideas, exhibition of contemporary work by female artists, a place where individualists can carve their own path, and always a place for accessible programming.

Even as Oliver quietly battled cancer for the past four years, his spirit and resolve were unflappable—eternally proclaiming Elisabet’s battle cry ‘Sursum,’ which is Latin for upwards. The Friends will honor a beautiful life cut too short and the ongoing legacy of Oliver’s work by carrying his vision and enthusiasm upward… and onward. Sursum, Oliver!”

A public memorial for Mr. Franklin is scheduled for today, Saturday, April 16 at 4 pm following Ney Day, a day-long event celebrating women in the arts, sciences, and civic culture. The Friends have asked that friends, family, and colleagues come to listen and share. Additionally, those who would like to share remembrances, which will be posted on the museum’s website and shared with Mr. Franklin’s children, can email [email protected]