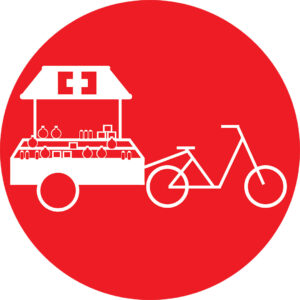 The logo for Travel Social Pharmacy

MFA students enrolled in Sam Houston State University’s Social Practices in Art program are launching Traveling Social Pharmacy, a mobile pharmacy in April and May to serve the Huntsville community.

Sam Houston State students Marcelle Cavazos, Magda Macias, Glenda Pivaral, and Patrick Richards were moved by the need for medical support that has been brought into focus by the COVID-19 pandemic. Their response was to collaborate with assistant professor and mentor Jody Wood to activate a traveling pharmacy that will bring home remedies to the public. Ms. Wood has previously produced versions of this project in three towns in Sweden and in New Brunswick, New Jersey.

Throughout April and in early May, Travel Social Pharmacy will visit libraries and community centers in Huntsville. With the intention of taking a collaborative approach, the artists have been collecting traditional home-remedies from local residents, including from individuals residing in Creekside Retirement, a senior living community in the area. According to a press release announcing the project, some remedies include “the use of a stiff bristle hairbrush to alleviate mild-migraine and repeated encouraging words as a relief to diminish anxiety.” 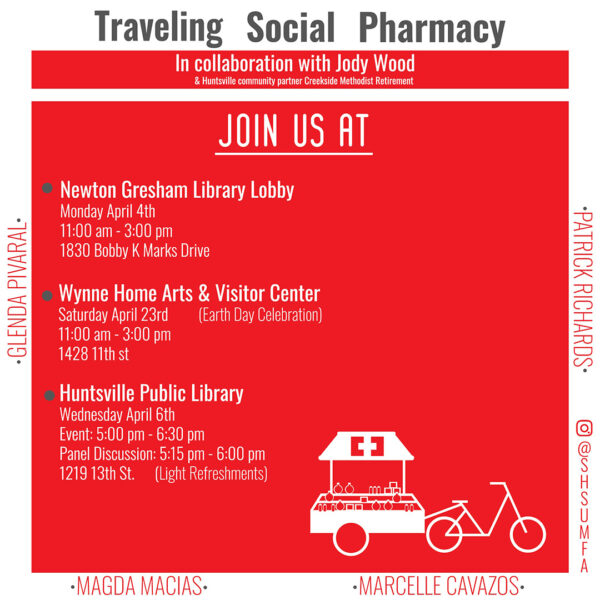