The relationship between the self and the corporeal body is explored in Danielle Becknell and Jayné Valverde’s sculptural works, which are created within the context of intense pain, emergency medical procedures, and the lack of taking women’s health seriously following traumatic medical experiences and misdiagnoses. Both artists also utilize their art making practices as a form of healing and reflection. The pair’s vibrant sculptural works are currently on display at Rojo Gallery in San Antonio in an intimate show for Contemporary Art Month, titled Foreign Body: Works on Navigation.

Becknell’s 11 ceramic sculptures included in the show are a manifestation of the anguish she endured in 2019 when she underwent an emergency bowel resection and bowel obstruction. As personal narrative is the driving force behind her work, Becknell views her art making as a meditative practice — a relief that helps her heal from this traumatic experience. 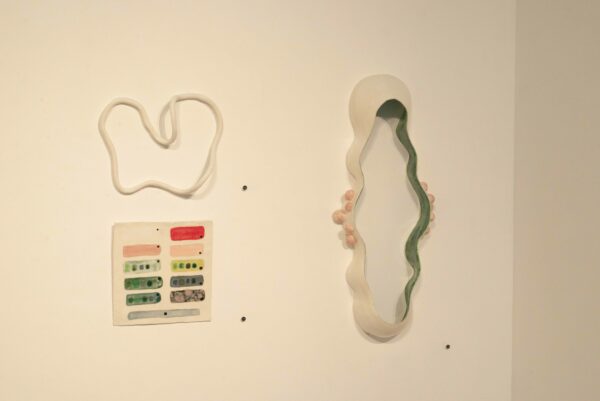 Incorporating curvilinear forms with earthy green and pink colors to create a wavy oval form, Becknell’s 2022 ceramic sculpture, Portal, offers an abstract representation of her Meckel’s diverticulum and scar from the procedure. Portal is fairly large in scale compared to the other sculptures in the show, monumentalizing the effect the congenital deformity had on her life. The flowing form of Portal provides an imaginative look inside Becknell’s frustrating and emotional experience communicating and legitimizing her pain to doctors.

“The doctors told me ‘it’s just your ovaries,’ but that is not where my pain was occurring. No one was listening to me…they misdiagnosed me essentially…the doctors were charged with saving my life and they just assumed it was a female problem,” Becknell said.

Similarly, Valverde, a printmaker and multidisciplinary artist, spoke of her own turbulent experience of contracting an illness that doctors were unable to easily diagnose. Valverde said that contracting the ancient disease typhus felt less personal and more like a strange sideshow attraction because of the disease’s rarity. Valverde expressed that the experience she underwent and her eventual healing helped her focus on her internal dialogue while making art.

Valverde’s sculptural piece, titled Admitted 1, thinly hangs adjacent to the wall onto which its porous shadows are cast. The multiplicity of this sculpture’s shadows as well as the pinching yellow hand on top of the black silhouette exaggerate the dissonance and disembodiment oozing from the work. The interplay between the outlining silhouette and its interior mass of cavities considers the tension between the corporeal and the seemingly invisible.

Valverde emphasized the importance of physicality in her process as well as her desire to continue challenging herself with the medium and techniques she uses to create.

“I feel more fulfilled from the physical activity and labor involved making a work of art than I do looking at the final object. I don’t necessarily find it cathartic, I actually find it very stressful. In the end, I want to see the outcome of these pieces and acknowledge the challenges I was able to overcome. It makes me feel empowered with myself,” said Valverde.

Challenging herself for this show, Valverde worked with a medium new to her practice: resin. Her five wood and resin sculptures in Foreign Body: Works on Navigation utilize color to tell a story of the different stages she went through during her experience of contracting typhus. 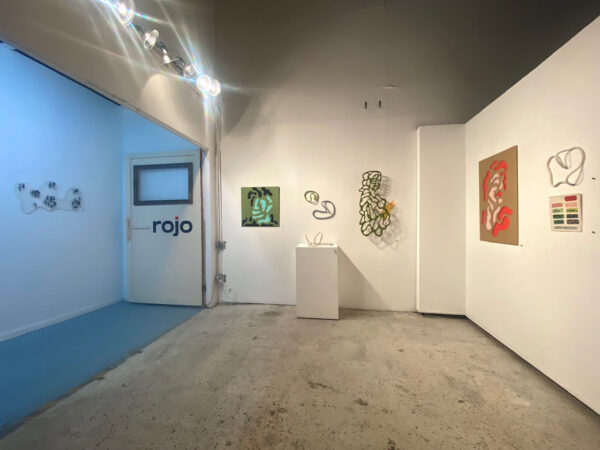 While Foreign Body: Works on Navigation displays the work of female artists who are concerned with their medical experiences, the show is not purely about female health, but instead a comment on the awkwardness and unexpected effects of living in a physical human body.

Hilary Rochow, curator and gallerist of Rojo Gallery, explained how she feels the show challenges taboo and brings to light issues concerning the body and health.

“There is just so much more discomfort to being in a female body — we have monthly cycles that are uncomfortable and those have traditionally been pushed aside as something that is terrible to talk about or shouldn’t be talked about. But we are also in fully human bodies of the fully human experience, so I think that is interesting here,” said Rochow.

Considering the title of the show, Foreign Body: Works on Navigation, the works can be thought of as an anchoring point through which both artists center their positions and feelings about their different but comparable medical experiences. When traveling through life, encountering unexpected complications and obstacles, we are forced to realign our strategies for moving through the world. When a predetermined route is suddenly sullied, it takes a reorientation in order to plan and follow an adjusted course of action.

In the context of the body, navigation is applicable also to microscopic internal processes such as digestion, growth, respiration, and reproduction — mechanisms that are more or less out of our control. When a foreign agent announces itself in the body, our immune system is charged with calculating a path towards well-being.

In this way, Becknell and Valverde’s sculptural works speak to the fluidity of remodeling a disrupted trajectory by means of altered navigations. Sculpture, because of its objecthood, is perhaps the most suitable medium to explore the shifts encountered by the body and mind.

What is a little more challenging to discern is how one’s own body is foreign. We inhabit the same body for the duration of our lives: it is inherently part of our identity, and it houses our innermost selves. However, there is a certain disconnect between body and mind: our bodies don’t always behave in the intended manner, and we are unable to choose what body we occupy.

The amorphous forms found Becknell and Valverde’s sculptures resemble an abstracted vision of the internal workings of the body and the changing outlooks of the self that both artists endured during their lived experiences. Foreign Body: Works on Navigation puts forth a notion of the body that is malleable to outside dangers, and offers a path through which respite is realized. 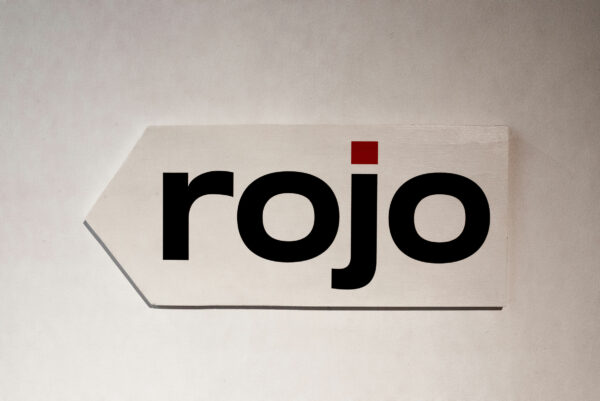 Ashley Allen is an artist and writer living and working in San Antonio. She is the recipient of the inaugural Fellowship for Critical Writing for Contemporary Art Month (CAM) San Antonio. This is the third of four texts she will be contributing to Glasstire throughout the month of March 2022.