Last month, San Antonio-based artist Sarah Fox shared via Instagram that the McNay Art Museum decided not to exhibit an artwork it had commissioned from her in December 2020. This decision was made just a few weeks prior to the scheduled installation of the piece, which was intended to be included in an exhibition titled 8 Create [SATX]. Specifically, Ms. Fox wrote in the post that, “The concern is that sexual content in the work would sour a visitor’s experience at the museum.” 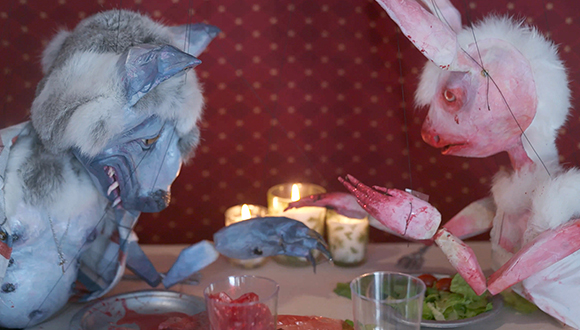 The video, titled Bad Bunny, features puppets of anthropomorphized animals, specifically a male wolf and female bunny. It begins with the bunny smoking a cigarette and drinking while sitting in an armchair. She flips through images of potential male suitors on a dating app before landing on the wolf. Next, we see images of both characters getting ready for their date. The pair eat dinner at a restaurant, and things turn slightly carnal when the bunny forgoes her salad to lunge across the table and eat the wolf’s steak. The last two minutes of the video (the piece’s total runtime is about seven minutes) see the characters undressing and engaging in sexual acts, at the culmination of which the bunny appears to attack the wolf who then drops to the ground dead.

When museum staff spoke with Ms. Fox about excluding the video, they did provide her with other options of moving forward, such as showing old work, her preparatory drawings for the video, or a tableau of the fully clothed puppets eating dinner. Additional options included having the video hosted online and displaying a QR code in the space, allowing visitors to choose to view the piece, or Ms. Fox making a new puppet show about the grounds of the museum. Having retained outside funding (in addition to the stipend provided by the McNay) to support the major effort of creating new puppets and the subsequent video, Ms. Fox was adamant about displaying the work as it was originally intended.

While Ms. Fox suggested that the video remain on view in a sectioned off space with a content warning, the curatorial team did not approve of this option. When Glasstire asked the McNay how it has treated explicit content in the past, a spokesperson stated that the museum has used mature content warnings and gallery signage.

The art world has a precedent of accepting female nudes and representations of male heterosexual desires created by male artists, but historically, female artists who center sex in their work, like Betty Tompkins, have faced censorship. While this conversation has arisen over the last few years because of similar censorship on social media, the issue has a historical precedent. In the early 1980s, the group Feminists Anti-Censorship Taskforce (FACT) was established as a reaction to the antipornography movement and the Meese Commission on Pornography, which was formed by then-President Regan to investigate and recommend ways to impede the expansion of the pornography industry.

In her essay, “Feminism, Moralism and Pornography,” in the 1986 book Caught Looking: Feminism, Pornography, and Censorship, FACT member, Ellen Willis wrote, “The basic purpose of obscenity laws is and always has been to reinforce cultural taboos on sexuality and suppress feminism, homosexuality, and other forms of sexual dissidence. No pornographer has ever been punished for being a woman hater, but not too long ago information about female sexuality, contraception, and abortion was assumed to be obscene.” 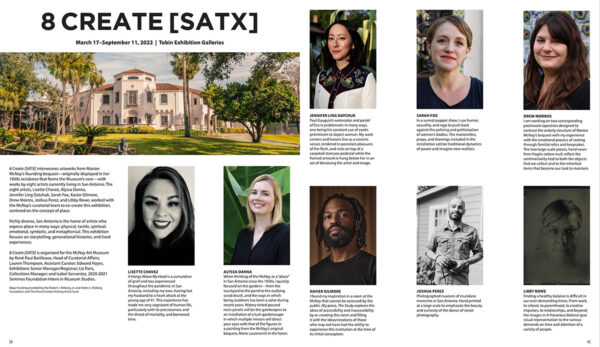 A screenshot of a spread from the McNay’s “Impressions” magazine, which features the eight local artists originally chosen for the “8 Create” exhibition.

The exhibition in question, 8 Create [SATX], was written about in the McNay’s Winter-Spring magazine, Impressions, which was published in January 2022. The publication stated that the exhibition would bring together artworks from Marion McNay’s founding bequest to the museum and works by eight local artists — Lisette Chavez, Alyssa Danna, Jennifer Ling Datchuk, Sarah Fox, Xavier Gilmore, Drew Morros, Joshua Perez, and Libby Rowe. It also indicated that the artists worked with a curatorial team to “co-create the exhibition, centered on the concept of place…[focusing] on storytelling, generational histories, and lived experience.”

Ms. Fox maintains that the curators involved in the planning of the exhibition were familiar with her work prior to commissioning a piece by her, and were kept up to date throughout the year about the video piece she was creating. To this extent, alongside the exhibition description in Impressions was a layout of the artists’ headshots and short first-person descriptions of their work. Ms. Fox wrote, “In a surreal puppet show, I use humor, sexuality, and rage to push back against the policing and politicization of women’s bodies. The marionettes, props, and drawings included in the installation satirize traditional dynamics of power and imagine new realities.” 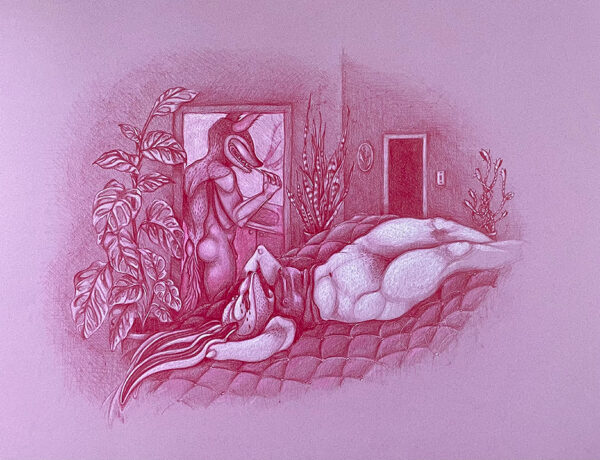 Drawing of “Bad Bunny,” characters by Sarah Fox. This study was shown to the museum in July 2021.

Additionally, another artist originally slated to be part of the exhibition, Alyssa Danna, told Glasstire that in an October 2021 virtual meeting with the artists and curators, Ms. Fox showed drawings and the new puppet she had created for the exhibition, pointing out the figure’s “operable genitalia.” Though René P. Barilleaux, Lauren E. Thompson, Edward R. Hayes, and Liz N. Paris were in attendance representing the museum, Ms. Danna says that no one in the meeting raised concerns about the piece at the time. Ms. Danna, along with Ms. Chavez, Ms. Datchuk, Mr. Gilmore, and Ms. Rowe, have chosen to withdraw their work from the exhibition in support of Ms. Fox.

In a statement to Glasstire, the McNay also remarked that in her piece, Ms. Fox decided to diverge from the show’s original thesis, which was about “[the museum’s] founder, Marion McNay, her original bequest, and her home and grounds.” Ultimately, the works by San Antonio artists were to be displayed in the show alongside Ms. McNay’s donated collection. 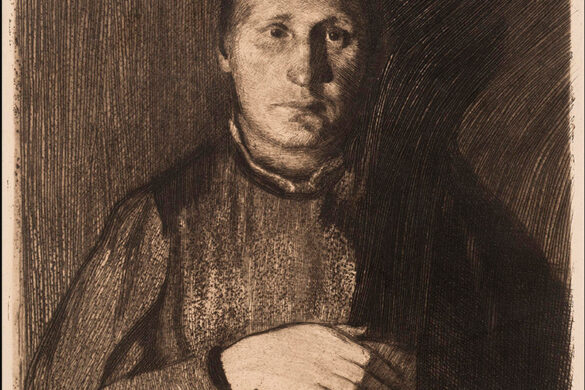 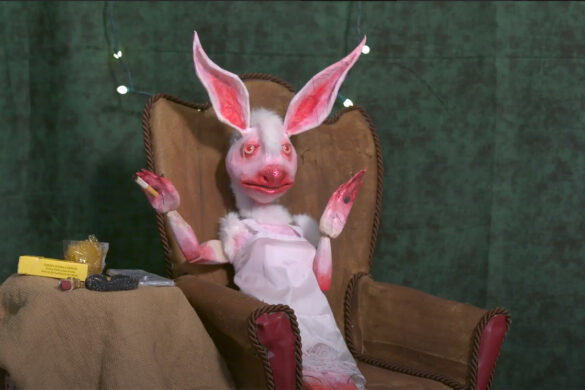 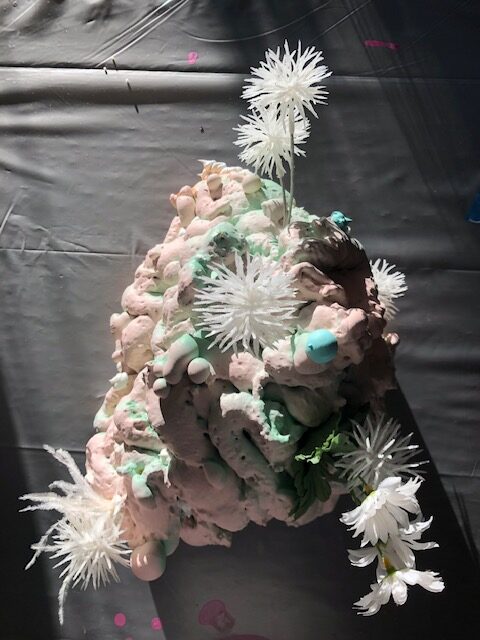 Through conversations Glasstire had with some of the exhibition’s original artists, it seems that the artists were under the impression that they would have a great deal of flexibility when creating works responding to the McNay’s collection objects, and that the connection between the pieces did not need to be literal. Prior to withdrawing their work from the exhibition, Ms. Danna was in the process of creating an immersive environment in which to display Marie Laurencin’s painting In the Forest, and Jennifer Ling Datchuk was responding to Paul Gauguin’s Eve by creating a ceramic vessel (to honor Eve), which was intended to be displayed on a carpeted stair-step pedestal above the painting. 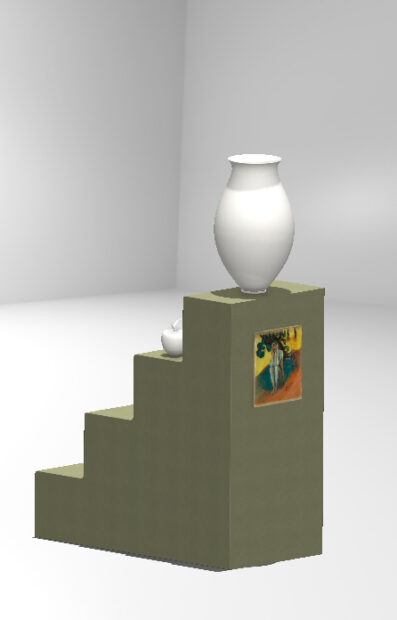 The McNay is moving forward with showcasing works by the artists remaining in the show, Mr. Perez and Ms. Morros, and is shifting the exhibition to have a greater focus on the legacy of its founder. It and will also include watercolors by Ms. McNay. The exhibition, now titled Marion Koogler McNay’s Legacy, will open March 17th.

Ms. Fox, along with the other artists who were originally a part of the 8 Create exhibit, have announced an exhibition which will include some of the works initially created for the McNay. The show will take place at C136, the old UTSA Terminal Gallery in the Blue Star Arts Complex. An opening reception will take place on First Friday, April 1, 2022, from 5-10 pm. 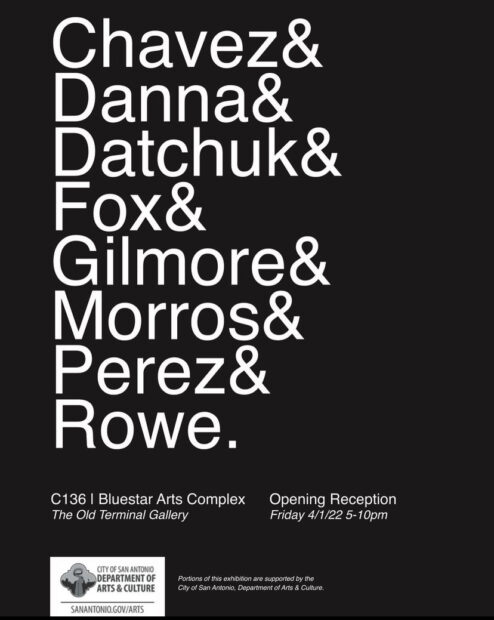 The Halff Collection at the McNay

Death and the Devil Are Always Lurking: Lisette...