FotoFest Announces Theme and Title of its 2022 Biennial 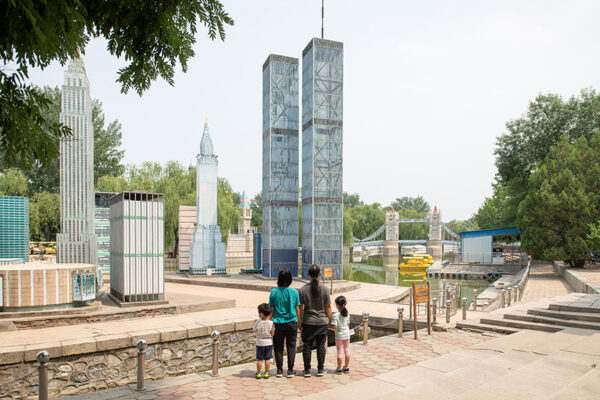 FotoFest has announced the theme and title of its 19th international biennial exhibition, which will take place from September 24 through November 6, 2022 in Houston.

Hosted at Sawyer Yards, a studio and exhibition space, the central exhibition will be titled If I Had a Hammer, referencing a 1949 folk song written by Pete Seeger and Lee Hays which later became synonymous with the Civil Rights movement. The exhibition will explore the ways that images create, inform, and respond to social movements and political ideologies.

A variety of image-based practices will be included in this year’s biennial — the show will feature work by activists and photo-documentarians, research-based artists and collectives, filmmakers and performance artists, and artists working within social practice. The works will investigate how images have the ability to support movements, and also to undermine them by oppressing marginalized groups.

The Biennial includes an array of public programs such as an opening weekend event, public tours, performances, a symposium, and a film program. A catalog with texts, interviews, and essays by the exhibition’s curators and other contributors will be available at the opening.

Because the FotoFest Biennial 2020 exhibition was affected by the onset of the COVID-19 pandemic, an adaptation of the original exhibition will be presented as part of this year’s event. African Cosmologies: Redux is organized by Autograph ABP Director Mark Sealy.

The FotoFest Biennal 2022 is co-curated and organized by Steven Evans, Max Fields, and Amy Sadao with curatorial advisory support from Julie Ault, Nora N. Khan, and Jeanne Vaccaro. Additionally, over one hundred museums, art galleries, nonprofits, and commercial venues will participate in this year’s exhibition.