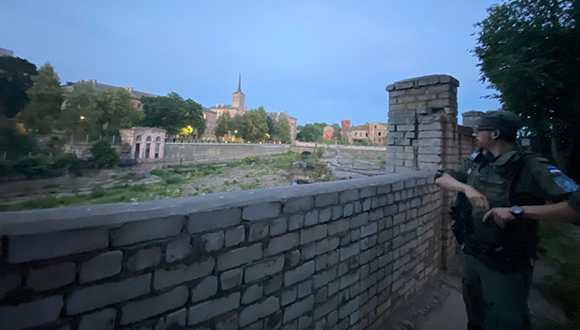 I initially struggled writing the fourth part of this series. As my time at the Narva Art Residency wore on in summer of 2020 (in the border town of Narva, Estonia), something shifted, and the looming presence of Russia just outside my window — just across the Estonia-Russia border — became a very real preoccupation. I would fall asleep wondering what I’d do if troops were to just walk across the bridge connecting the two countries. I wondered if my privileged, blue, U.S. passport would be of any use in vacating the area if a serious conflict arose. These concerns are obviously very new to me; never once have I considered the possibility of a U.S. invasion of Mexico. The opposite seems even more absurd. But here, in this border town, with the rising and ever-present concern of COVID and the organization of Russian troops, this preoccupation suddenly became very, very real.

Hierarchies of class, race, and identity can be seen in every level of life in Mexico. This sense of hierarchy was instilled in me at a young age. I’ve always been aware of my skin color, of my green European-looking eyes that contrast with my dark curly hair, and as an adult, I have been made aware of my accent when speaking both English and Spanish. It has been pointed out to me that neither is quite right, no matter where I go. In Europe, I lack the long and open vowels of British English. In Texas, I lack the characteristic twang. In Latin America, my Spanish is undeniably Mexican, and in South Texas it’s undeniably out of place because I never learned to speak with the characteristic Pochismo, or Spanglish — that peculiarly endearing mix of languages typical of the border region. I have been told by some of my own family that I am not enough, and that I believe I am better than everyone else because of my experiences, education, and because I am fully bilingual. In other words, I don’t really fit, and that’s not surprising since I come from a blending of places, people, and stories. It is a hard realization to come to, especially after a lifetime of defending my myriad experiences, cultures, and identities.

Mine, however, is not a unique story. I come from a place where the land has been conquered and colonized since indigeneity (it wasn’t just the Spanish, after all), and what I have learned in my time in Narva is that the effects of colonization are not unique to just one place. There are similar stories in every border place, and the effects of conquest are similar yet different everywhere.

Estonia is a country that was conquered and controlled by the Soviet Union. It then fought for its own independence which was gained right before the Soviet Union collapsed. It is the looming threat of Russia that’s become a real concern, especially in the border region; the conversation even escalated between my arrival and departure two months later. However, it was during my second night in Narva that the privilege I thought my blue passport provided me was brought into question, and the reality of an escalating crisis became clear. 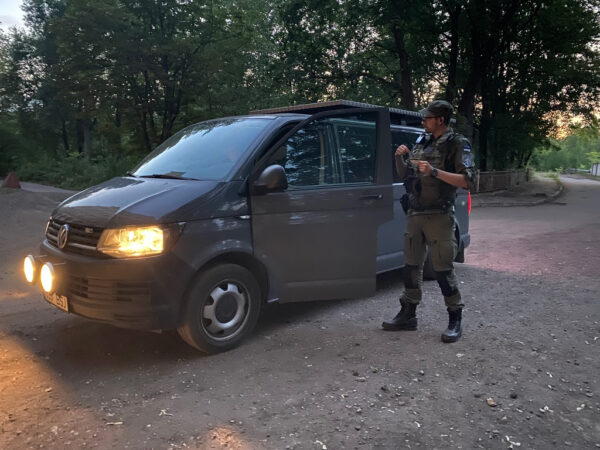 Sven, the Border Patrol officer, standing by his vehicle trying to convince me to get into the van

Around 11 pm I accompanied fellow resident artist Lydia Debeer to the Kreenholm factory. Lydia had a plan to record the late night sunset for a video project she was working on for an exhibition. She set up her camera, and I wandered off into the factory to take a look in the waning sun. A few minutes later I spotted a patrol vehicle driving directly toward me. Out of the car stepped Sven and Sten, two Estonian border patrol agents who asked to see my documents and requested that I get in the back of the car.

My TexMex borderness kicked in and I refused to neither relinquish my passport nor get in the back of the van. This caused a moment of great confusion between myself and the two officers, who were already struggling to understand my English. I do not understand or speak Estonian (or Russian, for that matter) and our attempts to communicate with one another evolved into a comedy that resulted in my suggesting a walk around the building back to Lydia so I wasn’t alone with the officers.

Once we walked back to where Lydia was filming, her befuddlement was obvious, especially when she asked for three more minutes to record in lieu of relinquishing her documents. At that moment Sven realized we were not a threat to Estonian border security, and confusingly offered her one more minute to record while staring off into the distance to admire the midnight sunset over the Russian border.

The seriousness of the situation suddenly dawned on Lydia, however, and she began to pack up her camera so we could leave. Our only option was to get into the back of the van, which we did reluctantly. We were escorted through Kreenholm, across the island, and back to the residency, where both officers sat us outside on a bench and ran our documents to ensure we were, in fact, not a threat to Estonian national security. 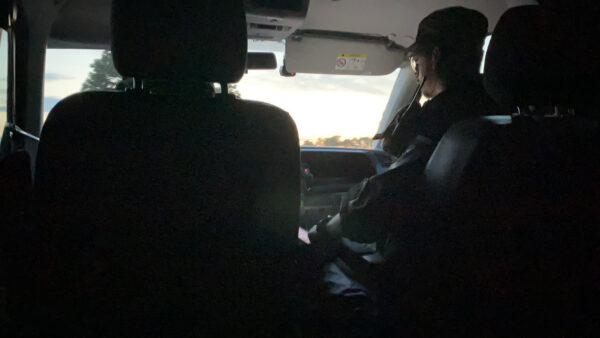 The entire experience lasted just over an hour, and throughout that short time my pre existing notion of open European borders and of a Europe that is more fluid than the TexMex one I know began to disintegrate. Once again, I was an oddity in a place and situation where communication was next to impossible; suddenly the other side of the border had become a real concern, and the privilege of my U.S. passport seemed to be of little use. 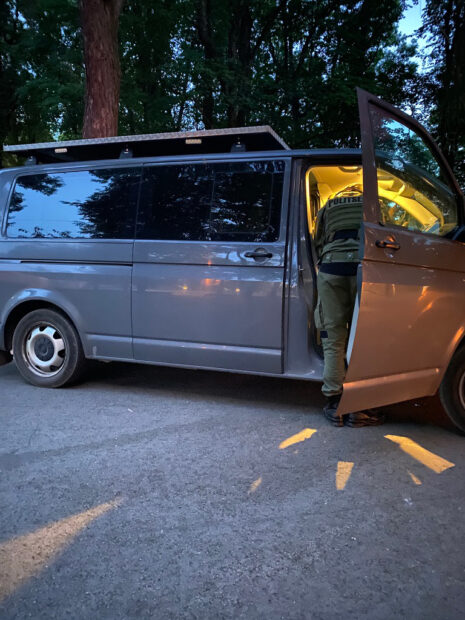 In the end we were fine and were allowed to reenter the residency. The story doesn’t sound threatening in retrospect, but the reality is that we were lightly detained and held — albeit in a much more comfortable situation than many others are. The residency assured us no situation like that had ever happened in the history of the program, and the private security of the Kreenholm factory had no answers as to why border patrol was there without their knowledge, or why they were aggressive enough to detain obvious foreigners. No one had any answers. Lydia and I went for a night swim to shake off the nerves, and I stayed away from Kreenholm for a while.

We learn about Europe being interconnected and seamless, an open place with open borders where you don’t even need to flash an ID to come and go. That night I learned that there were flaws in what we are taught in the States, and that somehow along the way the reality isn’t the same as the story. That night I learned about two countries in real conflict — one defending its very recent independence, and the other continuing to assert itself on its neighbors. Conquest suddenly didn’t seem as much of a distant concept, but instead was something happening just outside my window. 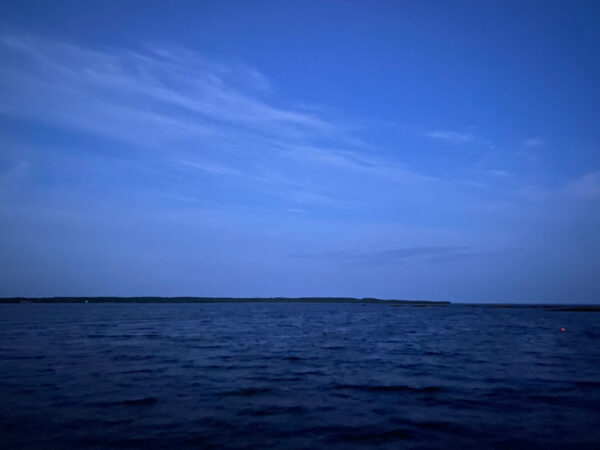 Special thanks to Tiiu Vitsut, Filipp Mustonen, The Office of Public Affairs at the U.S. Embassy, Tallinn, Ann Mirjam Vaikla, and the NART Narva Artist Residency. Thank you to Lydia Debeer, and I can’t wait for our paths to cross again soon. Thank you to my cousins Carol Franco, Brian Nagurney and his father John Nagurney, Aunt JoAnn Villarreal, Aunt Jeannie Cisneros, and Aunt Betty Moody Winters.