I just watched Drew Monson’s “I’m not as famous anymore” music video on YouTube. The platform knows that I’ve seen his comedic confessional videos and his unscripted monologues, and it knows I’ll click on them if I am presented with a preview on the “recommended” sidebar.

For context, Monson is one of the first YouTubers. He’s a millennial from Southern California, and he’s a weirdly funny personality with an open face. Cheerfully, he has catalogued his emotional and mental state for YouTube viewers since his preteen years. Watching the ongoing play that is his life exudes the feeling of what it is to be an American media prospect: a lot of talent spent on an algorithm that only likes you sometimes. Monson is a person made of media personality, because media personality is what he does. He has spent most of his life uploading videos of himself, sometimes to the breakaway success of a viral hit. Not all millennials can say they have achieved the same benefit from their selfies and status updates. Some of us just happen to have grown up on the internet. We are not simply happier because of our technological access, but rather we are impacted by technological boundaries and affects. 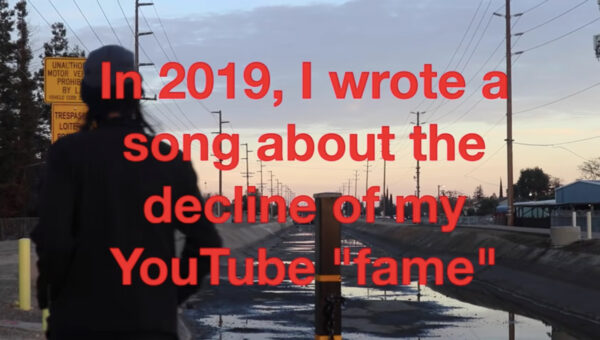 Before videos were on the internet, there were videos about the internet. Not the first, but probably the most commercially viable, is The Matrix, which saw its fourth sequel (The Matrix Resurrections) at the onset of this year. Both films hold up to a certain quanta of leather and metaphor. The Matrix was a cleverly executed visual representation of Baudrillard’s theories about how things can represent other things (the cast and crew were apparently assigned Simulacra and Simulation as reading material to help understand the Matrix as a concept).

The fourth installment positions Neo in boardrooms where executives clamor about how the film is, itself, commodity. It’s all very relevant, but somehow punches softer than the first film’s reveal that we’re all living in a simulation that appears (but is not) the real world. The first film gave viewers the feeling that knowledge was power, and that while the ignorant may be living in bliss, they were worse off because of it. Despite the fact that most of Resurrections requires flashbacks to the first film in order to contextualize the convoluted relationships that the characters have to the plot, the film series continues to comment on the user’s relationship to the systems that they participate in. 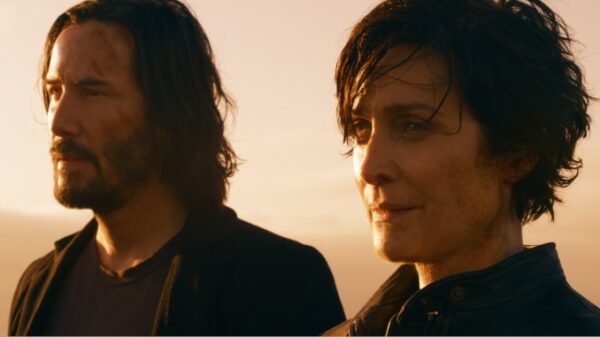 Last week, I saw Belle (directed by Mamoru Hosoda), which follows an anxiety-riddled Japanese middle-schooler, Suzu. She attends school and gawks at all the girls who are prettier than her while she awaits adulthood to deliver her some purpose. She then succumbs to the virtual world of U, a social media app with 5 billion users and counting. Upon arriving in the digital citadel with her fabulous new avatar, she mumbles a tune about angst and the stunt gains her a cavalcade of followers. The contrast in her character is that she has relatively few friends in real life, and she lacks the gumption to find them. While Suzu is inside U, she is granted the talent and ability she doesn’t have in the real world, which is comforting. The escapism that the virtual world offers is a salve, which made me squirm in my seat. Belle is being praised for its lush animation and coddled storytelling about finding one’s voice. I would recommend anyone who agrees with this sentiment to stop what they are doing and immediately watch Metropolis (2001, directed by Rintaro) for the visuals, and Serial Experiments Lain (1998, created by Yasuyuki Ueda) for its story about existential quandary.

I had an impossible time tolerating Belle, whereas I will voluntarily click on Drew Monson’s videos about fumbling with internet fame, or a 20-year old film rehashing French philosophy from the ‘80s. Where Belle tries to entertain with hopeful stories about emotionally vulnerable teens who find middling success online, Monson is less delusional about why he uses the internet and what it has done to him. The Matrix evaluates what technological adoption looks like at the universal scale. After these comparisons, Belle reminds me of the lessons learned from more adept stories.