Christmas Carol 2060: Tanline Steamroller at the Museum of Human Achievement 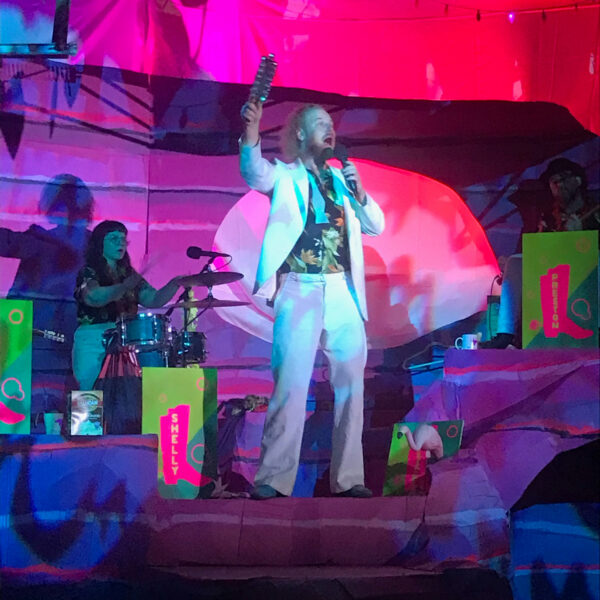 Christmas Carol 2060: Tanline Steamroller, a holiday special extraordinaire, played at the Museum of Human Achievement in Austin from December 16-19th, 2021. It was an uproarious experience, with a special stage magic that could only come from a group of multimedia artists. 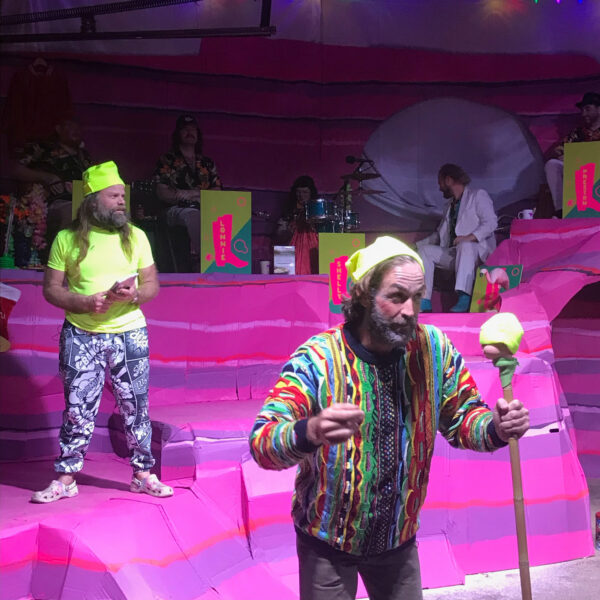 The performance is a carol, and the Musk billionaire family plays the nihilistic, grinchy faction, while Harris and Thomas Graves represent MoHA, a group of springy hopefuls who know a thing or two about the Christmas spirit. The protagonists sing the praises of the holidays, like how gifts can be a lovely tool to bond with family. Suddenly, every seat in the house has a gift bag placed next to it, with a present inside. I myself received a packet of novelty mustaches. 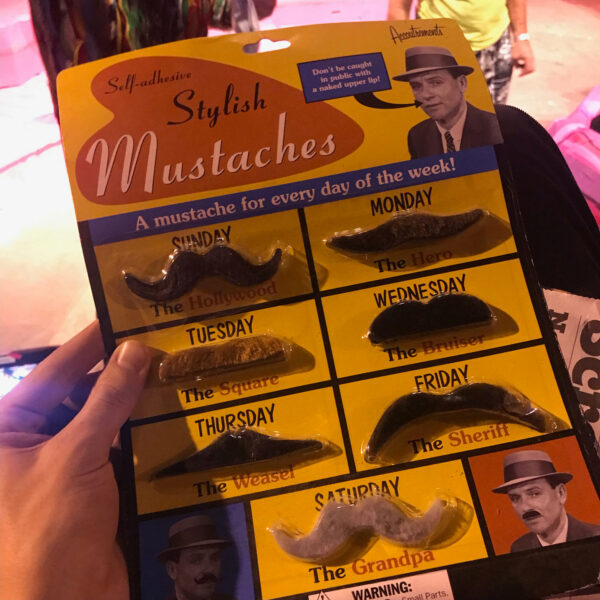 Finally, Ash admits that he has seen the error of his ways, and he will be rescinding his purchase of the Museum of Human Achievement. In celebration of their renewed occupancy on their art warehouse, Graves and Harris ask attendees to write down a resolution of sorts on a piece of paper, to be revisited next year. Everyone in the audience passes along the things they hope to achieve. Perhaps we’ll all be in the same seat again when we pass around the sun once more, ready to share our successes. 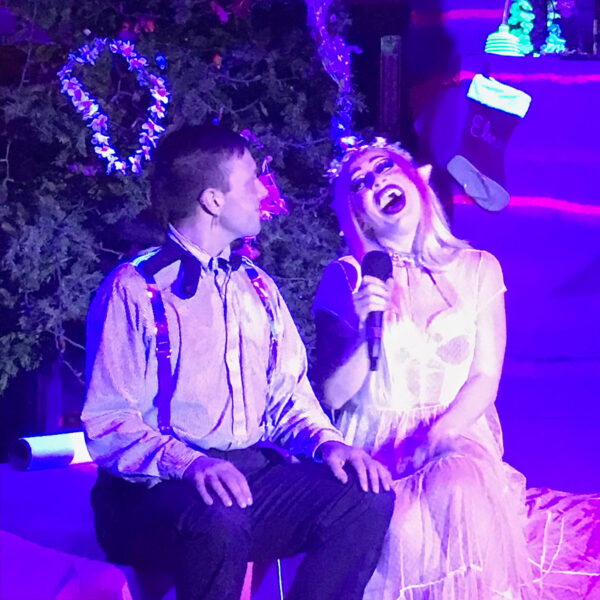 Satellite Art Show Will Come to Austin During...