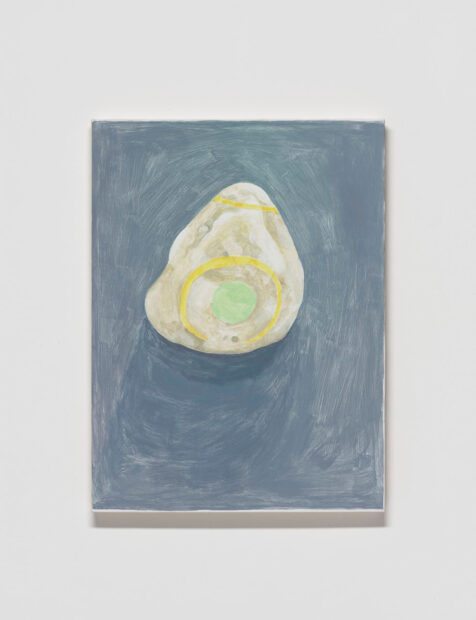 A painting by Francesca Fuchs

From the Art Museum of Southeast Texas:

“Houston-based artist Francesca Fuchs creates paintings and sculptures about artifacts from our daily lives. Looking at mugs and thrift-store paintings, objects made by children or collected from her parents’ home, Fuchs considers how these things might describe the world around her. In some instances, she traces an object’s journey across decades; a mug she used in Germany in the 70s–inspired by Mexican painting traditions–is now remade in Houston, almost five decades later. What does it mean, Fuchs asks, to live with something, to use it every day, to see its relationships to types of objects in other homes? In paintings marked by subtle color and shadow, Fuchs dissolves the distinction between high and low, between personal and public, between what we feel and what we know.

Born in London and raised in Münster, Francesca Fuchs moved to the U.S. in 1996 for the Core Program at The Museum of Fine Arts, Houston.  Fuchs’ work was featured in the 1992 New Contemporaries and has been shown in venues including The Whitechapel Art Gallery, London; The Modern Art Museum of Fort Worth; The Suburban, Illinois; and in a solo exhibition at the Contemporary Arts Museum, Houston. She was the 2017 Josephine Mercy Heathcote Fellow at the MacDowell Colony, New Hampshire, and was Art League Houston’s 2018 Texas Artist of the Year. Fuchs lives in Houston, Texas, and is represented by Inman Gallery (Houston) and Talley Dunn Gallery (Dallas).” 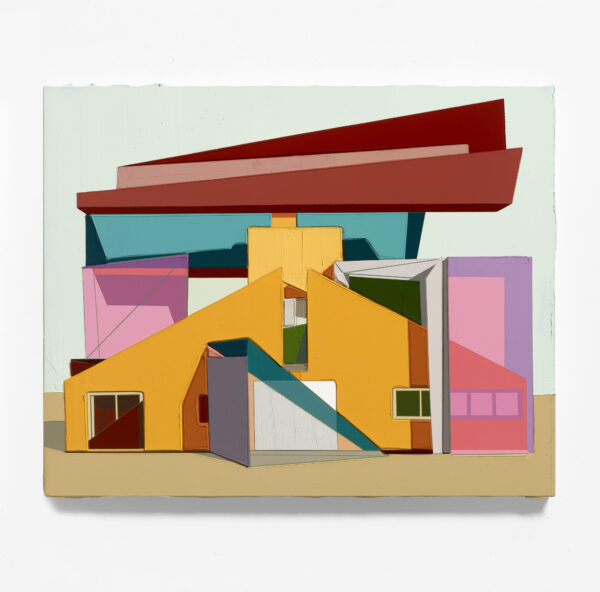 A painting by Tommy Fitzpatrick

“Tommy Fitzpatrick’s painting practice has always been rooted in and inspired by architecture. Simulated Structures shows Fitzpatrick exploring a new way of developing the ideas for his paintings. Instead of painting from photographs of hand-built structures, he uses architectural software to make his constructions digitally. Wanting to further unmoor any logical reading of his digital constructions, Fitzpatrick embarked on a second innovation: textural, troweled-on paint. This method of application results in the viewer reading the work as an object-painting first – a conglomeration of three-dimensional blocks of color – before beginning to dissect the three-dimensional space articulated by the image. Simulated Structures engages the tradition of painting and the legacy of Modernism, while embracing science and technology as a new means of inspiration.” 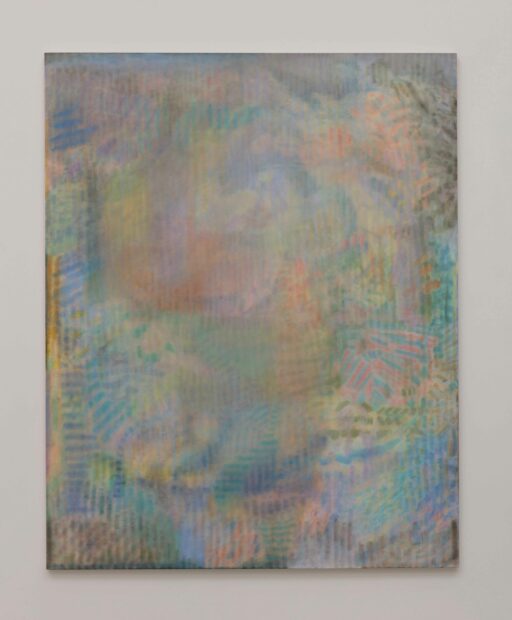 A painting by Marjorie Norman Schwarz

Brandon Kennedy’s statement on the show, from 12.26 Gallery:

“Emanating from a process of discovery unfolded by ritualized mark-making and a layering of tonalities, Marjorie Norman Schwarz’s suite of corporeal mirrors put forth the vibrations of the ephemeral with the edges of the unforeseen and eternal.

Psychic energy patterns and temporal reflections radiate into rhythmic scrawls of shadows and collapsing structures. Aqueous tones delineate loosely against the decay of time or a hint of rebirth.

Tracing furrowed, linear formations, elements collage into the ethereal, occasionally recalling a familiar passage or broken vista, only to dissolve into the ether of its environs. Hues slowly direct and release back into the field of these all-over compositions, occasionally fixed by a hint of ground or the rubbing against an edge.

Radiating towards an unknown center without time, the act seeing reveals a quiet methodology. Contemplative meditations focused with solemn observation—manifesting as questioning, repeated gestures, additive queries—between transitional states of being. Bridging over while pulling focus, these are six patiences.” 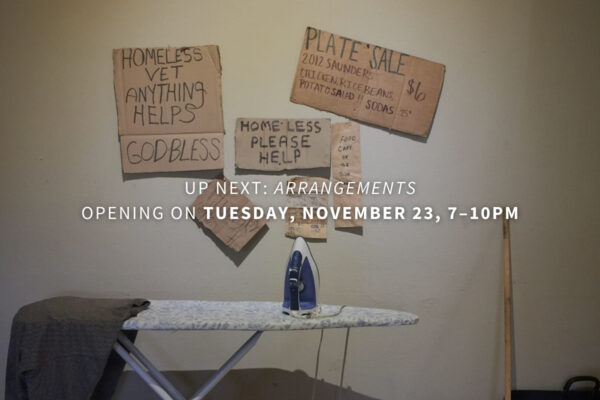 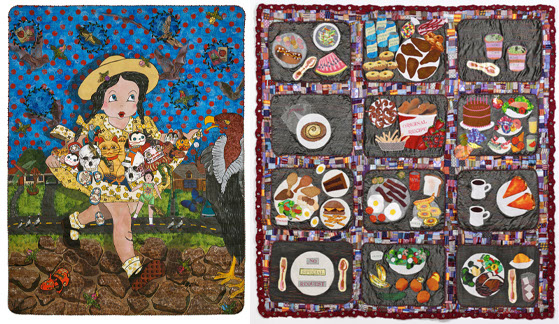 From the Texas Quilt Museum:

“This exhibit will consist of 14 works by the trio of talented quilters under this specific theme. A storyline consists of the narrative threads connecting characters and events, often with surprise twists that can complicate the main narrative as it weaves the events that hold our attention until the end.

Jane Burch Cochran catches our attention with her ornamental embellishment of beads, buttons, and paint, enhancing her narratives with an abundance of texture that keeps our eyes moving around the surface.

Wendy Huhn’s signature techniques of image transfer and screen-printing vividly enable her to present her tales, juxtaposing imaginary characters with mundane objects to pique our curiosity.

Joan Schulze, who is also a poet, gathers her photographs, fragments of text, and other materials into surfaces that make her stories sing, with themes of loss, personal connections, and individuality.”