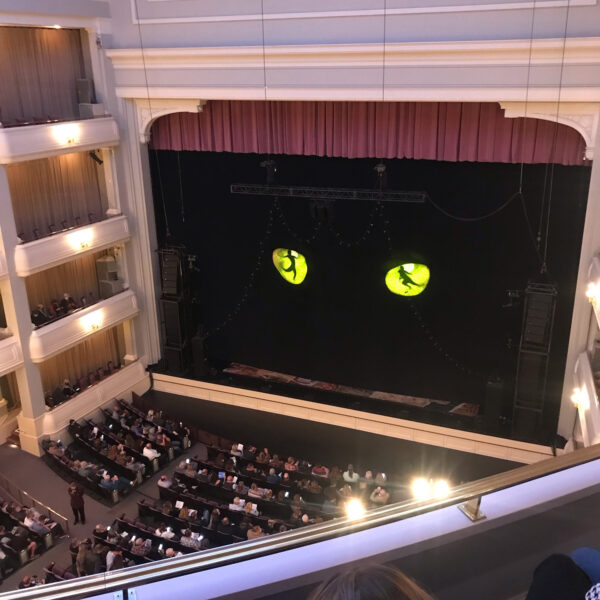 Cats has been described as a confusing musical. “Nothing happens!” said Dallas’ Tim Diliberti of the Broadway production at a recent art opening. I suppose he’s right, in a way — the play is padded to the brim with dance numbers and limber, virtuosic talent. The show consists of cat characters singing about other cat characters, made especially expository because most of the cast is on stage for the whole show. It looks exhausting to perform, but it is invigorating to watch.

I saw a production of the musical at the Bass Performance Hall in Fort Worth, as a part of their 2021-2022 season. There is something to be said for seeing a proper theatrical production in a beautiful performance hall, with set and costume designs that dazzle throughout the entire 2-hour run. It is a specific spectrum of reality; one that is closer to the eye than film, but farther away than any plausible scenario one would encounter in real life. The show is about cats, after all, as they wax poetic about the alley they live in. 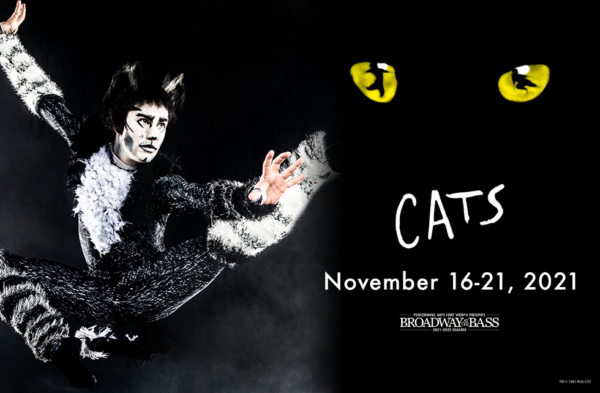 CATS, at Bass Performance Hall in Fort Worth. Photo via Bass Hall

The genius of Cats has been covered a lot, perhaps even more so since the maligned, cinematic, semi-animated remake hit theaters in 2020. This extensive video essay by Lindsay Ellis covers the history of the musical, from T. S. Elliot’s poem book for children to the much-hated film.

The broadway production succeeds because it requires so little explanation; it is a procession of performance talent in a simple framework. It employs myth in a way that doesn’t require interpretation through any technical understanding of art history; cats are just cats. It can transport you to a place that is relatable (an alley full of dramatic felines) and unreal (fantastical musical feats that feature almost no stakes). In any political or economic climate, it can endure interpretation, or lack thereof. It simply must be seen.

A Return to Performance: Two Events in Dallas

A Music Video about Cats Flying Through the...